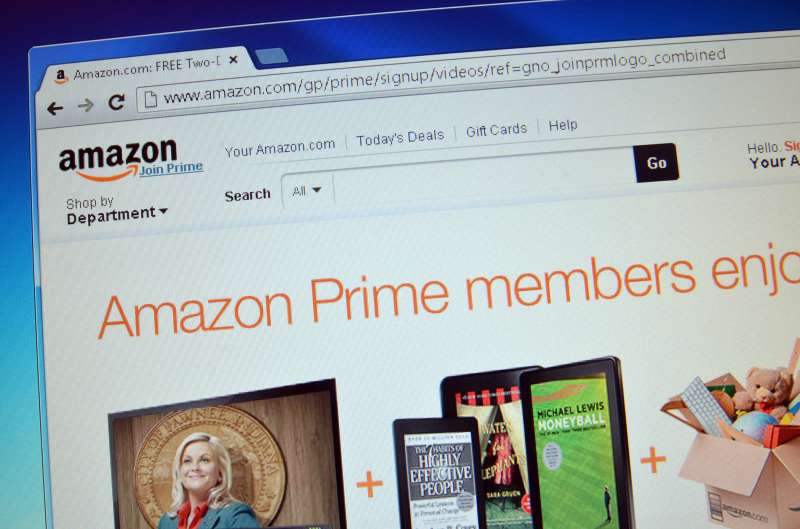 Over the years, many of the same criticisms of Walmart have been leveled at Amazon: It’s ruthless with suppliers, working conditions are horrible for employees, its size and relentless focus on low prices are bad for Main Street mom-and-pop businesses, and so on.

Yet in one very important way, the world’s largest e-retailer has remained head and shoulders above the world’s largest retailer. Essentially, consumers have said the Amazon shopping experience is just plain better than Walmart’s. In fact, Amazon arguably offers the best shopping experience, period. Consumer research from the likes of The Reputation Institute and Foresee put Amazon at the top of the pack in terms of customer satisfaction.

Then along came Prime Day. Held on July 15 to celebrate the company’s 20th anniversary, Amazon hyped it as a summertime Black Friday, with countless deals rolling out through the day. By some accounts, it was a huge success: Amazon sales were up 80% in the U.S., and Amazon said that the rate of sales orders during parts of Prime Day eclipsed Black Friday.

“Customers worldwide ordered an astonishing 398 items per second and saved millions on Prime Day deals. Worldwide order growth increased 266% over the same day last year and 18% more than Black Friday 2014 – all in an event exclusively available to Prime members,” Greg Greeley, vice president of Amazon Prime, said in a press release. “Going into this, we weren’t sure whether Prime Day would be a one-time thing or if it would become an annual event. After yesterday’s results, we’ll definitely be doing this again.”

Yet while many shoppers bit, many others came away feeling bitter, perhaps even betrayed. Instead of finding amazing prices on items they truly wanted, shoppers bashed Prime Day on social media because Amazon failed to deliver on the hype. If Prime Day wasn’t being described as a “crappy yard sale” overloaded with bizarre, random items, then observers were saying that the majority of the deals were underwhelming in terms of price. Still others complained out of frustration that the deals they actually did want disappeared before they had the chance to buy because quantities were so limited. And even before Prime Day arrived, there were grumbles because the sales were available only for subscribers to Amazon’s $99-per-year Prime service, not all shoppers.

Remember, Amazon generally stands out among retailers for its superior customer experience. That experience includes low prices, but also more transparency and fewer tricks, always with a focus on doing right by the customer.

In light of all of the above, it feels like some line was crossed on Prime Day. For many consumers, Prime Day clearly demonstrated that Amazon is just as capable as the J.C. Penneys, dollar stores, and Walmarts of the world of trying to dupe shoppers with gimmicks and hype. Rather than focusing on delivering the best customer experience possible, Amazon built up Prime Day in order to jack up all-important Prime memberships and attempt to quickly unload tons of merchandise, regardless of the bad long-term taste it left behind and the trust sacrificed in the process.

By most accounts, the deals offered by Walmart as a counteroffensive to Prime Day were just as hit-or-miss as Amazon’s, with a few truly great bargains mixed in with a whole lot of meh. Matthew Kirkwood of the deal-tracking site Ben’s Bargains said via email, “Amazon Prime Day was a bad deal for consumers,” because Amazon has offered better prices in the recent past on items like the Amazon Echo and Fire TV Stick than it did on Prime Day. At the same time, though, Kirkwood put “anyone who avoided Walmart’s deals” in the category of winner on Prime Day—because the deals just weren’t that good either.

So why might Amazon still come out of Prime Day looking worse than Walmart? For one thing, Prime Day was Amazon’s baby, so it should bear most of the blame if shoppers feel it was a bust. For another, it’s Amazon. Shoppers expect a lot more out of Amazon than we do out of Walmart—which after all is up there with McDonald’s as one of the most-bashed brands on the planet.

Normally, social media pours on the praise when retailers host big sales. Yet according to Brandwatch, there were nearly as many negative social media mentions of Prime Day as there were positive: 41,000 vs. 47,000. “A split this close is rare,” Brandwatch’s Kellan Terry said via email. “The majority of the time, positive mentions severely outnumber negative mentions.” Meanwhile, Walmart received 34,000 social media mentions, and “many negatively categorized tweets are actually referring to Prime Day with Walmart as a better alternative.”

Finally, Walmart comes out the winner (or non-loser) from the consumer point of view because even if its “Rollback” deals weren’t amazing, at least they didn’t disappear in 10 minutes, or even 24 hours. “Our prices aren’t over after just one day,” a spokesperson told AdAge. “These rollbacks will be available for up to 90 days while supplies last.”