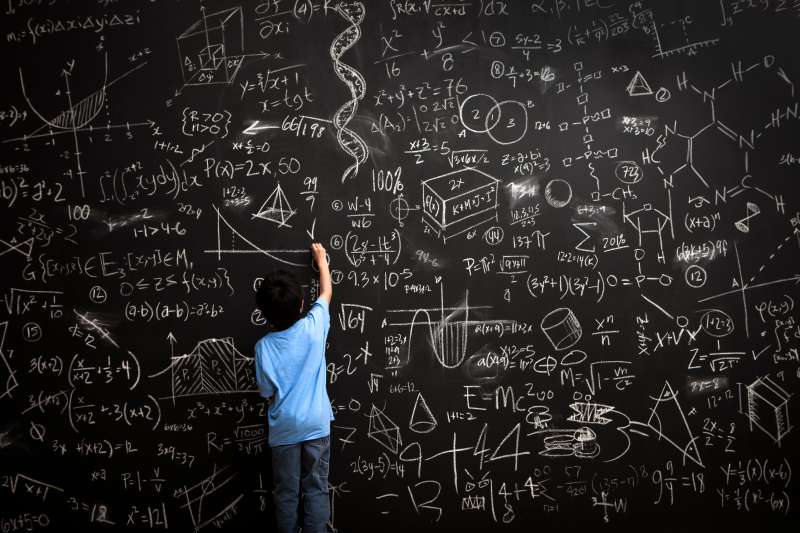 Follow thousands of superbright kids for four and a half decades, and you learn a thing or two about how to raise a high-achiever.

One of the biggest takeaways: Even kids with genius-level IQs need teachers to help them reach their full potential.

Since it began in 1971, the “Study of Mathematically Precocious Youth,” or SMPY, has tracked 5,000 of the smartest children in America — the top 1%, 0.1%, and even 0.01% of all students. It is one of the longest-running studies of gifted children in history.

Here’s what the study found.

SMPY (pronounced “simpy”) initially tested kids’ intelligence using the SAT, university entrance exams, and other IQ tests. Researchers later began looking at additional factors like college enrollment and career paths later in life.What they found was the most-gifted kids went on to earn doctorates and graduate degrees, and hold patents at rates far above less-gifted children. Most sit among the top 5% of income earners.

“Whether we like it or not, these people really do control our society,” Jonathan Wai, a psychologist at the Duke University Talent Identification Program, recently told Nature.

The trouble is that genius kids often receive too little attention from their teachers, who may be inclined to write off bright students as having already met their potential.

When SMPY researchers looked at how much attention teachers gave to these gifted children, they found that the overwhelming majority of class time was spent helping low-achieving students get to the middle.

SMPY suggests that teachers should avoid teaching a one-size-fits-all curriculum and instead focus on doing the best they can to create individualized lesson plans for students.

To help kids reach their potential, teachers and parents should consider moving a gifted child up a grade, SMPY suggests.

When researchers compared a control group of gifted students who didn’t skip a grade with those who did, the grade-skippers were 60% more likely to earn patents and doctorates — and more than twice as likely to get a doctorate in a field related to science, technology, engineering, or math.

Being smart doesn’t just mean having an ability to memorize facts or recall names and dates. SMPY has repeatedly found, throughout multiple follow-up analyses, that some of the smartest kids possess a great capacity for spatial reasoning.

These kids have a talent for visualizing systems, such as the human circulatory system or the anatomy of a Honda. In 2013, follow-up surveys found a strong connection between spatial-reasoning skills and the number of patents filed and peer-reviewed papers published.

Standardized tests — the SAT among the famous of them — can’t measure everything teachers and parents need to know about a child.

But SMPY’s data suggests that the SAT and other standardized measures of intelligence do hold some predictive power — while still accounting for factors like socioeconomic status and level of practice.

Camilla Benbow, one of the researchers studying SMPY, said these tests were best used to figure out what kids are good at so that teachers can focus their attention on different areas.

The psychologist Carol Dweck has found that successful people tend to keep what’s known as a “growth mindset” as opposed to a “fixed mindset.” They view themselves as fluid, changing beings that can adapt and grow — they are not static.

SMPY agrees with that assessment, but it also has found that the earliest signs of cognitive ability in kids can predict how well they’ll do later in life, ignoring all the practice that may or may not come in between.

With that kind of future on the line, it’s up to parents and teachers to recognize abilities early on and nurture them as much as possible.

Correction: An earlier version of this article mischaracterized SMPY as the longest-running study of child geniuses.