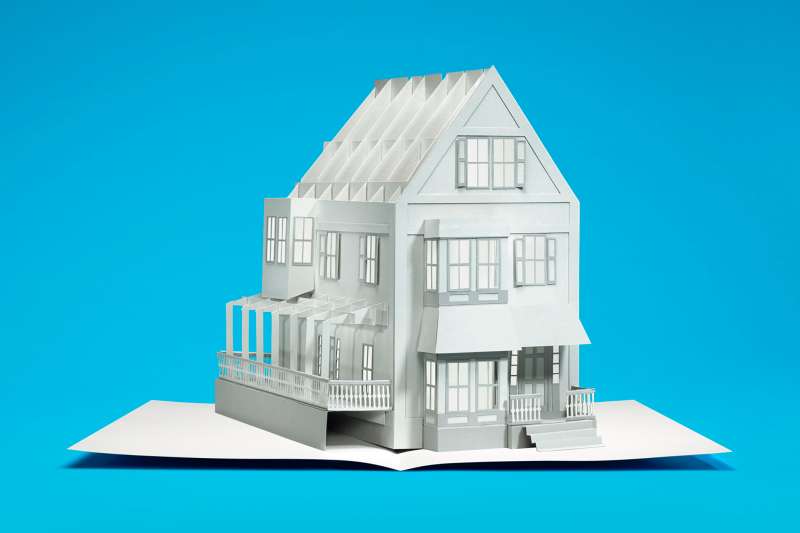 From their home in Seattle’s Ballard neighborhood, Zane and Danielle Miller see signs of the city’s booming economy. Construction cranes crowd the downtown skyline five miles to the south, and the couple’s once affordable area has become a sought-after destination as newcomers come for jobs at Amazon and other tech companies. Over the past year home prices in Seattle have soared nearly 10%, and the number of houses for sale has plunged 27%, according to online real estate marketplace Zillow.

Meanwhile, says Zane, “things are starting to feel pretty cramped” in the two-bedroom house the couple bought 11 years ago, before they had their two daughters, ages 8 months and 3 years. Selling their house, now worth twice econowhat they paid, would be easy. But finding another place nearby? That’s the problem. “We made an offer on a house down the street, and I’m sure we were severely outbid,” he says. “There were seven offers that day.”

If you’re looking to make a move yourself, you’ve probably encountered a similar scenario. Across the country the prevailing trends this spring are higher prices, an influx of new buyers, and too few houses for sale—straining buyers at all levels. For homeowners who need to sell before moving to their next place, timing concerns complicate both transactions. “We have a bit of a musical-chairs dilemma,” says Svenja Gudell, Zillow’s chief economist.

The current squeeze reflects both supply and demand pressures. The construction of single-family homes still hasn’t recovered from the cutbacks that followed the financial crisis. (As of February the annualized rate was 822,000 homes; the historical average is more than 1 million.) Meanwhile, millennials—the generation of people ages 19 to 35—are entering their peak nesting years. The group made up 35% of all buyers between mid-2014 and mid-2015, up from 28% three years earlier, the National Association of Realtors finds. Boomers looking to downsize “are now competing for the same houses as their children,” says Gudell.

A year ago economists believed that more homes would come on the market, but things have only gotten tighter. Nationally, inventory is 9% lower than a year ago, and all but four of the 35 largest markets tracked by Zillow now have fewer homes for sale than at the same time last year. And the problems aren’t just in hot markets like New York City and San Francisco. “We’re seeing low inventory in places not usually associated with housing shortages—places like Nashville, Raleigh, and even Kansas City,” says NAR chief economist Lawrence Yun.

The tight market is driving up prices. About a decade after peaking in the last, ill-fated real estate boom, home values rose 5.7% in 2015, according to the closely watched S&P/Case-Shiller 20-City Composite Home Price Index. As of December, prices were up 36% from the market bottom in early 2012, although they have yet to pass bubble-era peaks in most cities. In some spots, bidding wars and home flippers have resurfaced as well. Most economists think home prices will keep climbing, albeit not as much as last year. The NAR is calling for a 4.4% increase in existing home prices this year and 3.4% in 2017; other economists and strategists also put 2016 price growth in the 4% to 5% range.

One limiting factor may simply be what buyers can pay. Home price growth is outpacing wage growth in well above half of the 456 U.S. counties analyzed by RealtyTrac in its first-quarter 2016 home affordability report.

Andres Carbacho-Burgos, a senior economist at Moody’s Analytics, sees potential easing on the inventory front: While the supply of homes for sale is tight, the vacancy rate of all housing (including homes not for sale) is actually above the 8% historical average. That hints at a “shadow inventory” that may hit the market as prices appreciate further, he says.

Whether you’re eager to make a move or sitting on the sidelines, a first-time buyer or an empty-nester hoping to scale back, you’ve probably got a few challenges and advantages unique to your position. Use the 19 strategies in our Spring Real Estate Guide — with tips for first-time home buyers, trade-up buyers, would-be downsizers, and happy homeowners who are staying put (for now) — to max out your purchasing power and wind up in the home that suits you best.