ESPN's Adam Schefter on How You Should Deal With Rejection 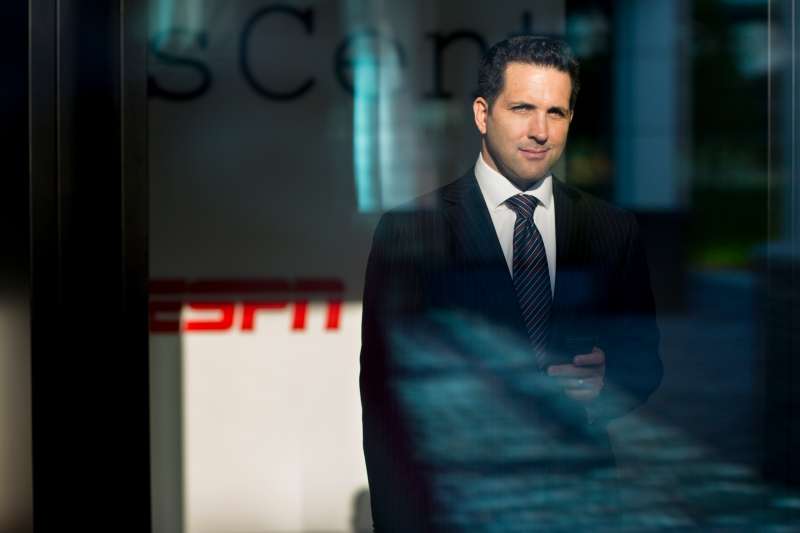 Adam Schefter is a sports analyst and the highest-paid NFL insider for ESPN. Schefter leads the nation in breaking the news of high profile trades and deals, which he quickly tweets out to his 6.9 million Twitter followers. He spoke to Morning Brew on dealing with rejection, who his mentors are, and life as a journalist.

Any classes in college that helped you be successful in your career?

I spent a lot of time writing for (the University of Michigan student newspaper) The Michigan Daily. That was memorable and something that helped me.

I also worked with a writing coach, a great man who still lives in Ann Arbor and we’ve stayed in touch over the years. He was gracious enough to offer critiques of things I was writing in his class and he’d give me sports writing assignments and books to read. It’s not that he was the best teacher or the most important teacher, but he was my most important teacher. And somebody that I developed a lifelong relationship with.

What advice did you give the University of Michigan football team as the honorary captain this fall?

The very first thing I said to the team was:

“Listen, when I did not get the opportunity to be a football manager, I went down to the student newspaper and had to be a fan. When I was a fan, I was in the stands as a freshman when Jim Harbaugh, on 2nd down, threw a 77-yard touchdown pass to the then freshman wide receiver John Kolesar. John Kolesar ran right at the student section and we all went crazy. People were singing and screaming and singing ‘Hail to the Victors!,’ waving flags, and it was just something that I could still remember to this day.”

I told the team, because it was right before the home opener, that there’s going to be a whole group of freshmen in those stands tomorrow, who are watching you play, going to the Big House for the first time and never been, and every time that you step onto that football field you will have the chance to make a mark on these people. To give them something to remember for the rest of their lives.

Receive Morning Brew in your inbox!

What is it like being a public figure as an ESPN journalist?

I do love my job, and I feel incredibly blessed and fortunate. But I also will say that it’s not easy as it looks. It’s not as much of a joyride as you might think. I don’t think that there is any job that is just sheer pleasure. Otherwise, they’d have another name for it other than “work.” There is still pressure, stress, and headaches. But I wouldn’t trade it for anything.

If you would’ve said to me, “Okay, 28 years from now, here’s what you’ll be doing: you’ll have this job. You’ll work for ESPN. You’ll cover the NFL. You’ll be in charge of information, news, breaking stories.” I would say: “Where do I sign up? And how much can I pay you for that job?”

What is one characteristic that has made you really good at what you do?

I don’t feel like I have any really discernible talents. But I care an awful lot. I’m driven. I’ve always been scared of falling short, not succeeding. I always wanted more. And I’ve always been rejected at so many turns in my life whether it was wanting to go to Penn or Tufts and not getting in, or wanting to get into the fraternity at school and not getting in, or wanting to be the football student manager and not getting the job, or applying to newspaper jobs out of college and getting rejected, or wanting to be a columnist once I got to the newspaper and getting rejected. My entire life I was told “no.” And I think every time I was, I was driven to make sure that I can climb back into a spot that would make me happier than I was at that moment.

Who is your #1 mentor and why?

Hard to say just one. My grandfather, Dave Cohen, was a great man with a positive attitude. Thomas George, former Detroit Free Press and New York Times reporter, helped bring me into the business. Former Broncos VP Jim Saccomano helped raise me in the NFL. And Chris Mortensen has become a great friend and mentor.

What’s your most memorable sports moment of all-time?

Michigan winning the National Championship in basketball in Seattle in 1989, with my college roommates and me in attendance.