Renting a Home Could Become the New Normal 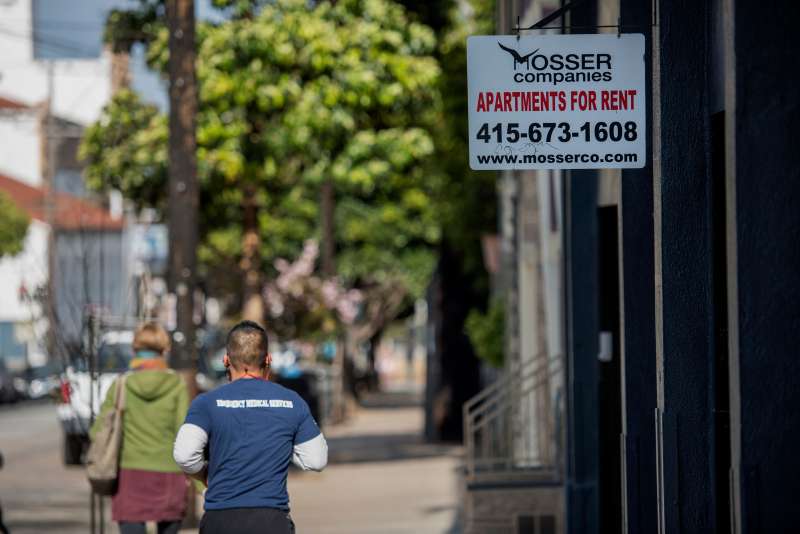 Pedestrians walk past a "For Rent" sign that is displayed outside of an apartment building in the Mission district of San Francisco, California, U.S., on Thursday, May 7, 2015.
Bloomberg—Bloomberg via Getty Images

Is renting a home the new American dream? A report by the Urban Institute projects that even after the housing crash and the Great Recession are a distant memory, homeownership rates in America will continue to decline.

The homeownership rate has been falling since 2006, when the housing bubble began pricing out many would-be homeowners — and the recession furthered that trend. In 2006, the homeownership rate was 67.3%; it now sits at 63.6%, even lower than it was in 1990, according the U.S. Census’ most recent American Community Survey.

But even the economic recovery won’t reverse that trend, according to the Urban Institute. It offers six reasons:

The report also considered changing demographics — a majority of new households formed in the U.S. during the next two decades will be non-white — and while those groups traditionally have lower homeownership rates, the Urban Institute found that will not contribute significantly to overall homeownership rates in the future. That story is a mixed bag, however.

“For at least the next 15 years, whether the economy grows slowly or quickly, the homeownership rate for African Americans will decrease while the rate for Hispanics will increase,” the report found. “More than 50 percent of the 9 million new owners between 2010 and 2030 will be Hispanic, nearly one-third will be other races or ethnicities, 11 percent will be African American, and only 7 percent will be white.”

The shift from owning to renting means that many more rental units should be built, the Urban Institute says.

“This change will create a surge in rental demand from now until 2030 that we are unprepared to meet,” it says.

It also suggests that mortgage lending standards be relaxed to nudge more would-be renters to buy their homes.

That conclusion doesn’t sit well with everyone, however.

Logan Mohtashami, a California-based loan officer, says the notion that lending standards are tight is a myth.

“There remain a number of highly respected housing ‘gurus’ who continue to profess that it is unfairly tight lending standards, not the lack of qualified buyers that are suppressing a housing recovery. The difference is not academic,” he says. “A quick review of the requirements for some of mortgage loans available may surprise you.”

VA loans require no down payment, for example, he notes. And buyers can get other mortgages with credit scores as low as 560, with 50% debt-to-income ratios, or down payments as low as 3%.

“At this point all you can do is bring back 0% down loans and stated income loans for wage earners,” said. “Look who is really pushing the tight lending thesis. People in New York, D.C., San Francisco. What I call economic bubble cities. Main Street America gets this thesis I am saying.”

Read next: Should You DIY These 5 Home Improvements?