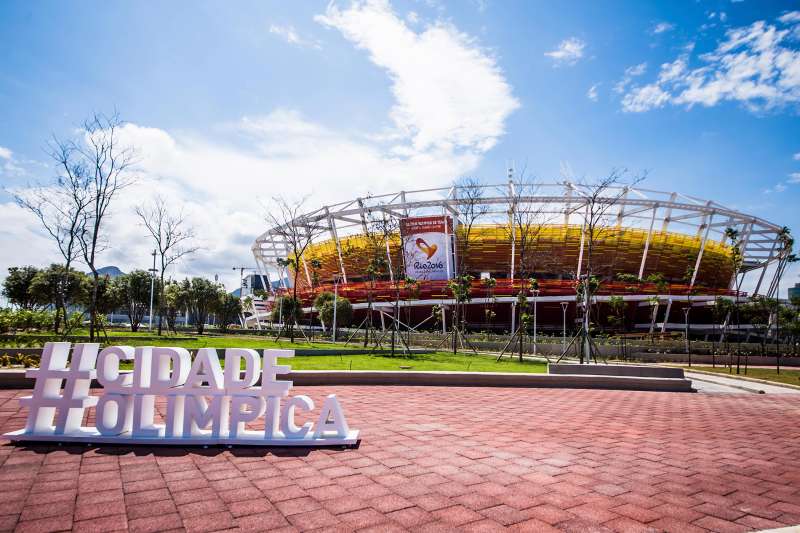 There are just a few weeks left until the opening ceremonies for the Summer Olympics in Rio de Janeiro, and it’s not too late to go for the gold—as a fan, at least. For the first time in eons, you can find legitimate, last-minute Olympic travel deals. Unfortunately, that’s due to the warnings surrounding the mosquito-borne Zika virus and, to a lesser degree, overall concerns about crime, water pollution, and the general quality of life in and around Rio. In late June, top golfer Jason Day announced he’d be skipping the Olympics, and Today show anchor Savannah Guthrie recently announced she was expecting, and thus won’t be traveling to cover the games.

Guthrie made the right call: The Centers for Disease Control has stated unequivocally, “Women who are pregnant, do not go to the Olympics.” But for other folks who have weighed the risks and still want to take in the games, you’re in luck. As a story on the official Olympic site, rio2016.com, recently noted: “The ability to still snag tickets to some of the most coveted events have made these Games a procrastinator’s dream.” Indeed, event tickets and lodging options are still available, but affordable flights in and out of Brazil will likely become more difficult to come by.

Read next: How to Win at the New Airline Miles Game

Here are six smart strategies for planning the trip-of-a-lifetime with ease.

As participants, support staff, and fans have decided to bow out, freed-up tickets are popping up online. Just like any secondhand purchase, these are buyer-beware. Reputable marketplaces, such as StubHub, guarantee that tickets they sell are valid (otherwise, they’ll refund your money). In early July, StubHub had a wide variety of tickets available, including coveted seats at the August 5 Opening Ceremony.

Official ticket sales to the Olympic Games are handled through authorized outlets across the globe. Shoppers from the United States go through CoSport, which brokers single tickets to events as well as hotel-and-ticket packages. On CoSport’s site, you can filter by event and date. As of early July, tickets remained for a select few competitions, like badminton (for as low as $25) and swimming (for nearly $200 each). Order a la carte to get the best deals. If you’re in the market to splurge–or if you want a shot at tickets to the most coveted events–multi-night packages are still available but start upwards of $6,000 for a few nights’ stay. These offerings combine hotel and reserved tickets.

Between now and the first medal ceremony, flights aren’t likely to come down in price. To save money, plan to arrive in Rio at least a few days after the games begin. Look for flights to one of the coastal city’s main airports—Rio de Janeiro-Galeão (GIG), Rio de Janeiro International (RIO) and the smaller, northern domestic Santos Dumont (SDU)—on American-based carriers, as well as the many airlines that serve South America, such as TAM, GOL Linhas Aéreas, Copa, Viva Colombia, and Avianca. Shop around on apps like Hipmunk and Hopper, then book directly through the airlines (which typically offer a similar price range).

Read next: 3 Reasons Those Maddening Airline Fees Are Here to Stay

At press time, Latam Airlines had availability on nonstop flights from JFK to Rio August 8 (three days after the opening hubbub); round-trip airfare is going for as little as $1,421. Similar flights the week prior, landing in Rio in time for the kick-off, currently cost $3,960 and have far less inventory.

Last spring, amid concerns over Rio’s lack of hotel rooms, AirBNB emerged as the Olympic’s official “alternative accommodations.” Partnership or no, AirBNB is a boon for budget travelers. A recent Kayak search turned up 3-star hotels in Rio’s Copacabana district, where many Olympic events will take place, for up to $250 a night during the first full week of the games; private homes, rented on AirBNB over the same period, started at just under $100 a night.

To further your savings, look for apartments outside main tourist districts such as the Deodoro, Maracana, Barra, and Copacabana neighborhoods (Barra has the highest concentration of event venues). Look, instead, for lodging in the Glória, Flamengo, and Botafogo neighborhoods.

Assume that traffic—and cab fares—will be a nightmare. Luckily, the city has rolled out a special Olympic Card, which will grant game-goers unlimited access to buses, ferries, trains, and more. Pick between a one-, three-, and seven-day pass, depending on how much ground you plan to cover. (The seven-day card, at 160 Brazilian real—about $50—offers about the same savings as the three-day option.) They’ve also developed a special website that covers all-things transportation, detailing road closures, routes to competition venues, and more.

Rio also has added some infrastructure to help travelers navigate the city for less: For instance, a brand-new light rail, which debuted in late May, makes it easier to get from that domestic airport, Santos Dumont, to the city center for around a buck, compared with $10 for a taxi.

Of course, just as when traveling in any city, visitors need to stay alert and aware. Street safety has become, increasingly, a part of the Olympic conversation as crime has risen in the lead-up to the games. The military has deployed some 85,000 troops to patrol the Olympic grounds. So, particularly at night, opting for more expensive cab fare might be advisable.

For the entire stretch of the Olympic and Paralympic Games, and a good portion of travel time before—June 1 to September 18, 2016—visa requirements to Brazil are waived for U.S. citizens, along with travelers from Canada, Australia, and Japan. (Normally, Brazil requires American travelers to obtain a tourist visa prior to their arrival in the country.)

Consider a side trip

For all the excitement of the Olympics in a (slightly) less hectic atmosphere, travel to one of the five satellite locations across the country that’s hosting a football/soccer tournament. Belo Horizonte, Brasília, Manaus, Salvador, and São Paulo each offer their own cultural flair. Belo Horizonte, dubbed “The Garden City,” boasts tree-lined avenues modeled after Paris. Salvador, the capital of the stunning Bahia Coast, shows the African influence in this part of Brazil. Nonstop flights on GOL airlines can get you from Rio to the former in an hour, the latter in two—each for $100 or less.