How Two Startup Founders With No Product, No Users and No Real Proof Their Company Would Work Raised $3 Million — Then Built a Company Worth $1.3 Billion 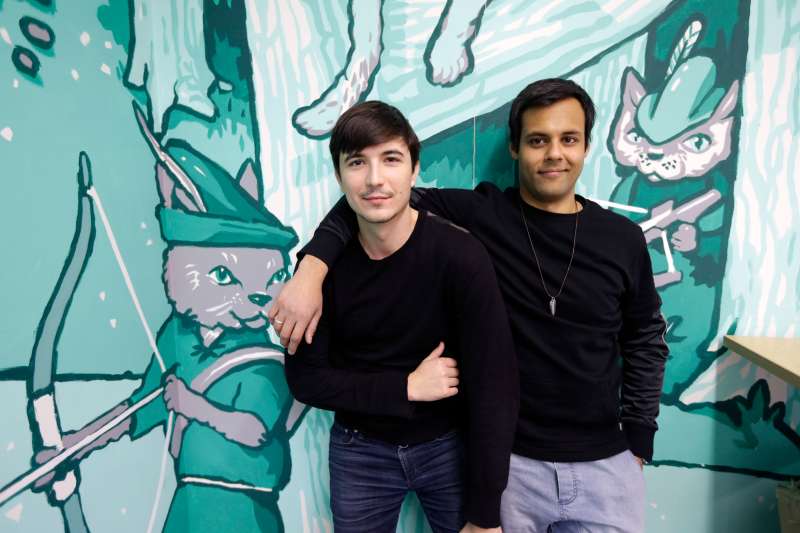 Robinhood is a commission-free stock trading app that was recently valued at $1.3 billion. But when the company was first starting, there was very little proof the founders could pull it off.

Vlad Tenev, cofounder and co-CEO of Robinhood, says his app could not get regulatory approval without having a sizeable amount of funding from venture capitalists. But most venture capitalists didn’t want to give him money, because he had no product.

“So there are capital requirements, which also make it more difficult than launching a typical startup, because there’s a little bit of a catch-22 situation,” Tenev explained in an interview for Business Insider’s podcast, Success! How I Did It. “Investors want to be sure that you’re going to get that regulatory approval before entrusting you with the capital, but you need that capital to get the regulatory approval.”

To round up the cash, Tenev and his cofounder did a lot pitching. He estimates 75 venture capitalists turned them down before they were able to raise their first $3 million.

Here’s the relevant part of the podcast, explaining how they pulled it off:

Tenev: The people that invested in the company at that point were making a big bet on the founding team, on Baiju and myself and on this idea that was pretty unproven at the time, of us actually being able to acquire customers organically through word of mouth and actually deliver this product.

Shontell: So, like, a Marc Andreessen invests in you with no product, no financial approval yet, and no wait list. This is a pretty big gamble. Investors don’t usually do this. You must have had one heck of a pitch.

Tenev: I think it was actually pretty challenging early on. There were a lot of people who just didn’t believe in it, and we had to bang down a ton of doors, and we were really relentless. We probably knocked on 75 doors before we actually made it work.

Shontell: Wow, so 75 venture-capital doors slammed in your face?

Tenev: Yeah…Well, I think what really attracted a lot of our individual angels to Robinhood was this idea that you’re doing something very important, and you’re doing it in a new way. And it was a little bit rebellious, but rebellious in a good way in the sense that the financial industry over the past several decades has just not earned the trust of consumers, especially in our demographic. I mean, they’ve been actively ripping off consumers.

You look at 2008 where we bailed out the banks, and the middle class, in a lot of ways, got stuck with the bill, and then in the years of the recovery since then, 90% of the returns have accumulated to the top 1%. It feels very, very unfair, and the margins for these services, which used to be brick-and-mortar but are now completely electronic, are way too big. The margins of financial-services companies are astonishingly large relative to what’s actually going on, and what that translates into is almost literally they’re taking money out of your pocket and putting it in theirs.

As part of this latest funding announcement, we released some numbers about the business, and the one that I’m most proud of is that we’ve taken half a billion dollars, over $500 million in saved commissions, and put that money back into customer’s pockets.

Check out the podcast Success! How I Did It on iTunes.