3 Ways Your Roommates Can Wreck Your Credit 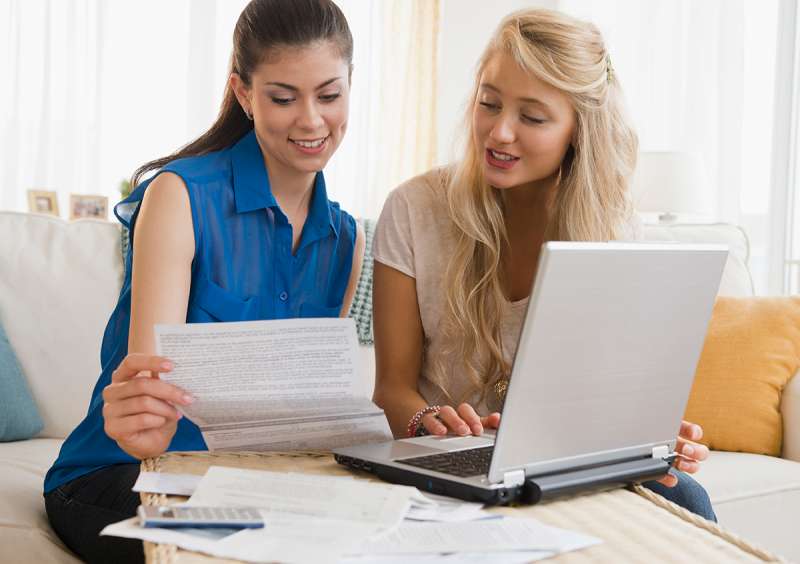 John had two roommates bail on him, leaving him to face eviction on their Brooklyn apartment alone, he says. But it gets worse: “I am the only one being hit with (a) judgment,” he writes on the Credit.com blog, and “my landlord’s lawyer wants to collect $20,000 from me.”

Rah commented that he and his roommate shared a lease. When they ended up owing “$600 in damage,” the burden fell to him. “I can not get in contact with my old roommate, she’s in hiding probably. Anyways this is leaving me the debt. How do I hold her accountable as much as I am being held accountable?” he asked.

Sharing a home or apartment with one or more roommates can be a great way to split expenses. But it is not without hazards. In fact, there are three ways a roommate can ruin your credit.

Signing a lease with someone else is just like co-signing a loan: you are ultimately on the hook for the entire amount if the other person doesn’t pay. “If you sign a contract, even if someone signs it with you, you are responsible for performance under the contract,” says Ohio consumer protection attorney Barbara Quinn-Smith. ”If you have signed a lease you are fully responsible for the rent … and the landlord can go after both of you.”

This is perhaps the most crucial thing to understand going into a lease: You could wind up paying the entire rent, plus more, if there are damages to the property. Can you afford that? If not, you can face eviction and/or collection accounts for balances owed, both of which can severely hurt your credit. (You can read more on how eviction impacts your credit scores here.)

Sharon said that when she decided to move out of the apartment she was sharing with a roommate, the power company refused to disconnect her service in order to take her name off the account. “They tell me it is illegal for them to do so. I can’t think that just because I once lived here and am going elsewhere that I can be forced to leave this service in my name forever …. Help.”

And Sarah found a past due account from a cable/TV/Internet provider on her credit report. “I had transferred the account to my roommate when I moved out of the apartment. Apparently service was terminated in late 2012 and the last tenant failed to pay the last bill,” she wrote.

And what if there is an unexpectedly large bill? Would you and/or your roommate be able to pay it? If not, who could be stuck with it?

Utility providers don’t typically report payments to the credit reporting agencies. But if bills remain unpaid they will be sent to collections, and those accounts do hurt credit scores.

3. They Steal Your Identity

Most cases of identity theft involving roommates don’t turn out to be as sensational as Brittany Ossenfort’s, whose roommate allegedly stole her identity, mimicked her appearance and used her name when arrested for prostitution. But ID theft situations don’t have to be dramatic to be traumatic.

“We hear, on a regular basis, that victims know their identity thieves,” says Eva Velasquez, president/CEO of Identity Theft Resource Center. While she isn’t aware of how often the perpetrator is a roommate, “identity theft is often a crime of opportunity, and people that have ready access to your information have plenty of opportunity,” she wrote in an email. “Especially when they have access for long periods of unattended time, like a roommate would.”

Identity theft can wreak havoc on your credit reports and scores, and sometimes takes months — or years — to resolve. In the meantime, it may be difficult to get credit.

How to Protect Yourself

If you decide the benefits of a roommate outweigh the risks, here are some ways to protect yourself.