3 Surprising Ways You're Sabotaging Your Career 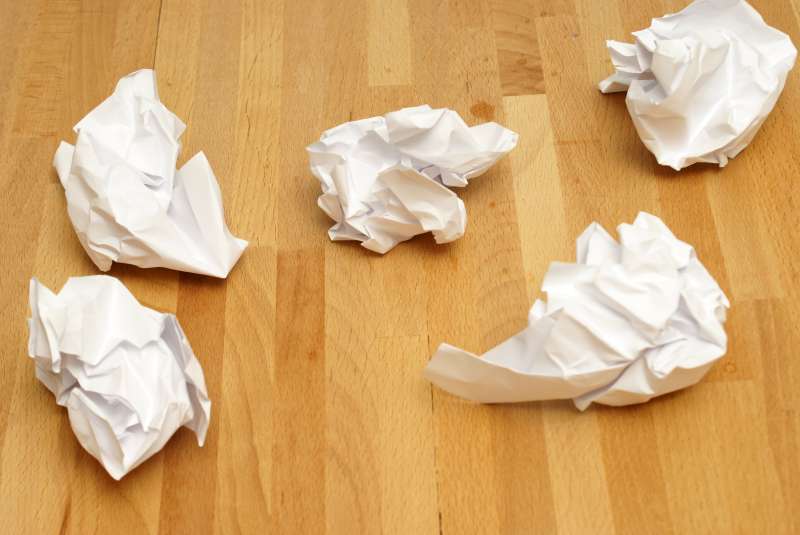 You know that bad-mouthing your boss is a surefire way to put your job in jeopardy. Same goes for missing deadlines or blowing off a meeting with a key client. But fascinating new research has also pinpointed counterintuitive ways you could be inadvertently sabotaging your own success.

After all, who would have guessed that standing up for your convictions could lead to costly errors in the workplace? Or that making sure everyone sees how much effort you’re pouring in might undercut your shot at a promotion? Well, if you’re trying to climb the ladder using these seemingly savvy moves, science proves that they may actually knock you down a rung or two.

Want to find out more? We delved into some of the most exciting recent research findings and asked experts to weigh in on their implications for your career.

Self-Sabotaging Move #1: You Stick to Your Guns

Flip-flopping may be a bad word in politics, but at work, shifting your opinions to incorporate the latest intel is crucial to success. After all, in order to make smart decisions, you have to keep an open mind. But that’s easier said than done. A University of Iowa study revealed that, even when shown evidence to the contrary, we tend to cling to our initial beliefs … and that can end up costing us big-time.

Researchers looked at student traders participating in an online futures market. The young investors bought and sold contracts to predict movie box office performance and wrote reports explaining the reasoning behind their forecast for each film. But once the opening weekend numbers were in—which is often considered a strong early indication of which movies will be hits versus flops—the traders stuck to their original estimates even when the data suggested they’d made the wrong call.

Psychologists call this behavior confirmation bias, and it can get you into trouble. People will seek out, recall and interpret information that upholds their existing beliefs, despite being presented with evidence to the contrary. What’s more, jotting down your reasoning further strengthens your propensity to hold on to your convictions, a phenomenon dubbed the explanation effect.

Once people commit themselves to a belief by putting it in writing, they become invested in their story, says Stephan Lewandowsky, professor of cognitive psychology at the University of Bristol. “Because they’ve put cognitive effort into thinking it out and it makes sense to them, they are reluctant to admit they’re wrong. Instead, they find ways to dismiss the evidence and justify their decisions.”

The good news is that simply being aware of this cognitive default can help keep you from getting caught up in it in the first place. “Foster a healthy skepticism towards your own ideas, and be open to the possibility that you might be wrong—even though you’d like to believe you’re right,” Lewandowsky says. Also, it helps to remember that changing your mind based on new evidence is a positive thing and a good skill to practice.

Many people see modifying their POV as an admission that their judgment isn’t up to par, and worry it might undercut their authority in the workplace. But it shouldn’t be a source of embarrassment. On the contrary, it’s irrational to clutch at a belief that no longer holds water; a willingness to reverse course in light of new information is a cornerstone of solid decision-making.

And according to Lewandowsky, once you let go of an idea you’ve latched onto and see that the world hasn’t crumbled at your feet—or at the very least that you haven’t been fired or demoted—you’ll be galvanized to continue honing a sense of flexibility about your ideas.

Self-Sabotaging Move #2: You Look Like You’re Working Too Hard

There’s truth in the saying “never let them see you sweat.” Recent research from theUniversity College London School of Management found that people who displayed inherent talent were preferred over those who obviously put their nose to the grindstone.

In the study, participants were randomly assigned one of two readings about an entrepreneur: The first bio highlighted the person’s innate gifts, while the second stressed how hard they’d worked to attain success. Next, the participants all heard an actual business pitch. Those who’d been primed by reading about the “natural” judged the pitch more positively and were more willing to invest in the proposition than those who’d read about the “striver.”

“Even though the participants said that they placed importance on hard work, those who had read about the [apparently gifted] natural favored that entrepreneur to a greater degree,” says Chia-Jung Tsay, study author and professor in organizational behavior at the UCL School of Management.

With that in mind, you may not want to overstress the fact that you killed yourself doing market research or pulled an all-nighter analyzing P&L reports for an upcoming project. Your immediate impulse might be to focus on the challenges you ran into and to discuss all the effort you put in, Tsay says. “But might be more effective not to neglect the natural way through which one achieves success”

While we’re definitely not suggesting that you slack off, it might be smart to mention to your boss that brainstorming new slogans was a cinch, and that you wrote up the ad copy effortlessly.

In addition, “don’t put in face time just for the sake of it,” Tsay says. If you’re logging 12-hour days because you think it proves your dedication, you probably aren’t doing yourself any favors.

On the flip side, if you’re in a management position, be aware of how this bias towards favoring phenoms over workhorses can color your decisions about hiring and promotions. “The scientific literature suggests that differences in achievement are associated with strenuous work and effort, and not with just natural aptitude. We may end up hiring someone less qualified just because they’ve been identified as a natural, but in the long run that can add up to greater costs to an organization,” Tsay says.

Read More: 5 No Good, Very Bad Office Behaviors That Could Be Holding You Back at Work

Although being decisive may seem like an important leadership trait, research into the theory of decision fatigue suggests that making too many choices can backfire. It depletes your self-control, leaving you prone to procrastination, laziness and the risk of churning out grade-D work—not to mention upping your chance of making bad calls down the line. Yikes.

“Decision fatigue stems from the hypothesis that willpower operates like a muscle or a limited resource,” says Brandon Schmeichel, professor of psychology at Texas A&M University. “Each time you use willpower, you fatigue that resource, and as a result you’ll be less successful at other actions that require willpower.”

Luckily, there are also easy, actionable strategies to guard against depleting your supply of discipline. That way, when you really need to push yourself to complete a tough assignment, make a strong impression at a meeting, or knock out top-notch work, you’ll have plenty of gumption to draw on.

One helpful hint is to become a creature of habit. “To the extent that you can, routinize certain decisions in your life,” Schmeichel suggests. Eat oatmeal for breakfast every day, or take a cue from President Obama and wear the same basic uniform to work, rather than spend time deliberating over your outfit every morning. This saves you from pointlessly sapping your decision-making stores.

Next, take occasional breaks. Just like doing three sets of eight bicep curls with a rest in between is easier than powering through 24 reps all in one go, enjoying a brief time-out will re-energize your decision-making capacity. “Research shows people need 10 to 30 minutes to rejuvenate their willpower reserves,” Schmeichel says. “Make sure to do something that doesn’t require too much effort, such as texting a friend or taking a walk.”

Read More: 7 Simple, 30-Second Habits That Can Help Boost Your Career and Finances

Finally, treat yourself to a reward whenever you have to make a series of difficult choices or exercise self-control. “If it pays off, you’ll be more likely to do it next time,” Schmeichel says. If you’re excited about the prospect of grabbing a mocha latte or having your nails done post-project, getting started won’t use up as much self-discipline.