8 Ways to Save Money on Gas This Summer 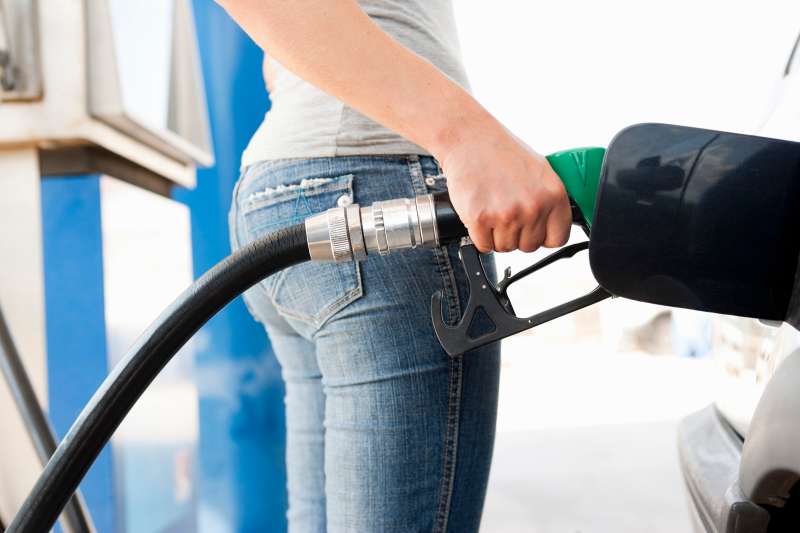 As the busy travel season kicks off this weekend, demand for gasoline is hitting new highs. And for that reason, in addition to various seasonal factors, prices at the pump are edging higher, says Patrick DeHaan, a senior petroleum analyst with GasBuddy.

Prices are currently at a national average of $2.31 per gallon. That’s up nearly 7 cents from last week, and it’s nearly 18 cents higher than last month’s average.

Granted, Memorial Day prices are cheap relative to previous years. According to DeHaan, prices at the pump are about 90 cents lower than the national 10-year Memorial Day weekend average of $3.15, and gas prices are expected to be at their lowest summertime levels since 2005. But why should you pay more than you have to?

You don’t! Here are some easy ways to save at the pump:

Shop around
Let a specialized gas savings app do the work for you, says Lynnette Khalfani-Cox, personal finance expert and co-founder of Ask The Money Coach. She recommends GasBuddy. “It saves you both time and money” by pinpointing your location and directing you to gas stations that have the lowest prices, she says. “This is important because even though gas prices are currently low, there are always going to be price differences from one station to the next, even within the same neighborhood. And these price differences could be substantial.”

Use the AC wisely
It’s an age-old summertime driving debate—-which wastes more gas: running your car’s air conditioner or driving with your windows rolled down? The answer is: it depends. If you’re stuck in stop-and-go traffic, driving across town, tooling around the city, or moving at slow speeds (under 45 mph or so), it’s better to roll down the windows and let in the summer breeze, says DeHaan. At faster speeds (over 45 mph), wind drag becomes an issue, and it’s therefore more efficient to use the AC.

Lose the weight
One of the easiest ways to improve your car’s fuel efficiency is to make the vehicle as light as possible. “The less you pack, the lighter your load, the more you save,” says consumer savings expert Andrea Woroch. Time to clean out your trunk, cargo area, and take out whatever you don’t need! After all, every 100 pounds you carry in a car reduces the typical car’s fuel efficiency by 1% to 2%, according to the EPA.

Avoid hauling cargo on your roof
“Any rooftop product that interferes with you car’s aerodynamics interferes with your fuel mileage,” says GasBuddy’s DeHaan. “And it’s a killer.” Sure is, especially when you consider that a large rooftop cargo box can reduce fuel efficiency anywhere from 2% to 8% in city driving, 6% to 17% on the highway, and 10% to 25% at Interstate speeds (65 mph to 75 mph). For a long highway trip, it might actually be more fuel-efficient to tow a small trailer instead.

Drive sensibly
Fuel economy is directly proportionate to how hard you accelerate and how steady you are on the gas pedal. Driving aggressively is costly – it can lower gas mileage by 33% on highway and 5% around town, according to the EPA. “Sensible driving is also safer for you and others, so you may save more than gas money,” says Khalfani-Cox.

Observe speed limits
While each vehicle reaches its optimal fuel economy at a different speed (or range of speeds), gas mileage usually decreases rapidly at speeds above 50 mph, says DeHaan. So, based on today’s gas prices, you can assume that each 5 mph you drive over 50 mph is like paying an additional 16 cents per gallon for gas.

Read Next: 10 Things That Will Be Cheaper During the Summer of 2016

Avoid excess idling
Excessive idling is a needless use of gas that ends up hurting your wallet in the end, says Woroch. In fact, 10 minutes of idling uses as much fuel as traveling 5 miles! If you need to sit in your car for more than a few minutes (say, while waiting in the drive-thru line at McDonald’s), it’s more fuel efficient to turn your car off and then restart it. Better yet, park the car, and walk inside to get your Happy Meal!

Use cruise control
Using cruise control on the highway helps you both maintain a steady speed and save gas. “The sweet spot for a lot of cars is 65 mph,” says DeHaan. “Set the cruise just under 65 and you’ll get an easy 2.4 miles per gallon in savings instead of going 75.”

Vera Gibbons is a financial journalist and Senior Consumer Analyst with GasBuddy.com. A former analyst with MSNBC who appeared regularly on the “Today Show,” Gibbons was previously a Financial Contributor with CBS News. Prior to CBS, she worked as a Correspondent for CNBC’s “High Net Worth.” Gibbons has written for Inc., SmartMoney, Kiplinger’s, Real Simple, The New York Times, and Fortune.com. Today, she writes for Money.com, FoxBusiness.com, Bankrate.com, and Fortune.com.