How to Watch the Second Presidential Debate Online 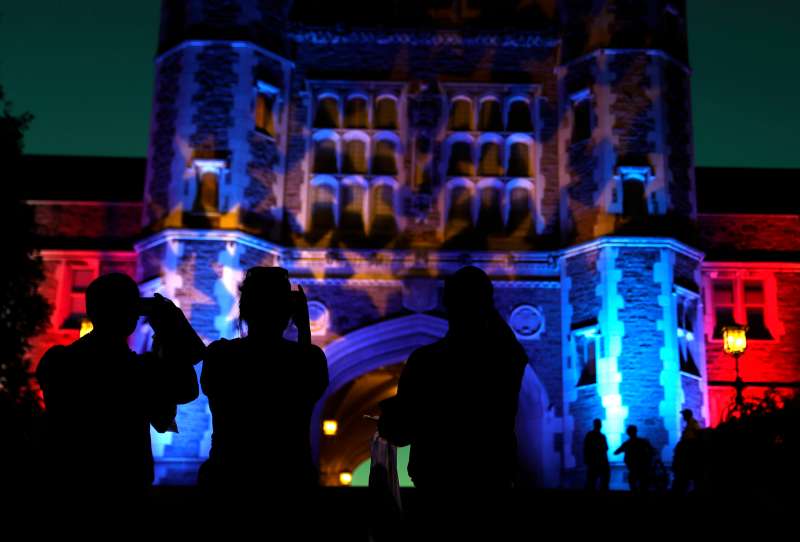 People stop to take photos of Brookings Hall, which is lit up in a patriotic theme, as preparations continue ahead of the second presidential debate at Washington University in St. Louis, Thursday, Oct. 6, 2016. The town hall debate between Republican presidential nominee Donald Trump and Democratic presidential nominee Hillary Clinton is set for this Sunday.
Jeff Roberson—AP

About 84 million viewers watched the first debate on TV, and millions more streamed it online. Just like that debate, it seems there are fewer ways to not watch the debate than to catch it live: All of the major networks (ABC, CBS, Fox, NBC) plus C-SPAN will broadcast it, and their websites will stream it for online viewers.

Read Next: Money Questions We Want Clinton and Trump to Answer