Which Shonda Rhimes Cast Is Richer? 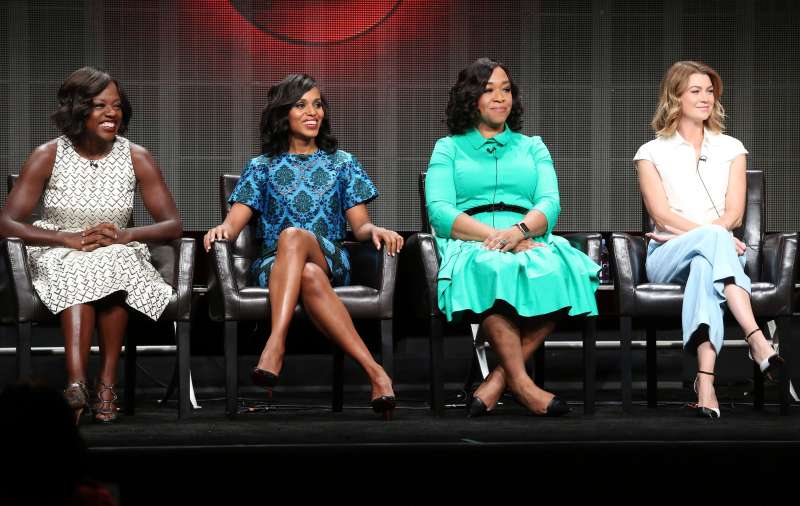 Shonda Rhimes is one of the most respected names in television, with some of her shows, like “Grey’s Anatomy,” “Scandal” and “How to Get Away With Murder,” dominating ABC’s Thursday night lineup. Since creating “Grey’s Anatomy” in 2005, her Shondaland production company has become a prominent entity in Hollywood. The success she’s realized has boosted her net worth to $60 million, according to estimates from CelebrityNetWorth.com, which tracks celebrity earnings and wealth.

When “Grey’s Anatomy” premieres Sept. 22, the show will begin its 13th season, making it one of the longest-running scripted television series of all time. Since its 2005 debut, the cast, crew and show as a whole has garnered dozens of awards, including Primetime Emmys, Golden Globes, People’s Choice Awards and more. Even after spending years on air, the show manages to nearly top the chart in ratings.

Pickens has played the part of Dr. Webber since 2005, and has even made brief appearances in Rhimes’ “Private Practice” as Dr. Webber. But the actor has ventured into other TV series and films over the years, and is even slated to appear in the forthcoming TV series “Kick.”

Chandra Wilson, aka Dr. Miranda Bailey on “Grey’s Anatomy,” is a mainstay of the cast. Her character serves as the chief of surgery at Grey Sloan Memorial Hospital. Wilson will reprise her role in season 13, continuing her 11-year career on “Grey’s Anatomy.”

Ellen Pompeo has played Dr. Meredith Grey since the show’s inception in 2005, taking her character from an intern just starting out to the current head of general surgery at Grey Sloan Memorial Hospital.

The role has made Pompeo millions over the years. In 2015, Forbes reported she earned $11.5 million, landing her the No. 4 position on that year’s Highest-Paid TV Actresses list.

Better known as “McDreamy,” Patrick Dempsey played Dr. Derek Shepherd on “Grey’s Anatomy” from the show’s start in 2005 until 2015. Prior to his exit from the show, Dempsey earned $12 million in 2015 — landing him the No. 9 spot on Forbes’ World’s Highest-Paid TV Actors list of 2015.

Dempsey has moved on to new projects since his departure, including a starring role in the film “Bridget Jones’s Baby.” He’s also slated to star in the upcoming TV series “Micronesian Blues.”

A “Grey’s Anatomy” spinoff, Rhimes’ “Private Practice” became a hit of its own accord, lasting for six seasons and more than 100 episodes. The show followed the life of Dr. Addison Montgomery as she rebuilt her life following her divorce from Dr. Shepherd.

Paul Adelstein played Dr. Cooper Freedman on “Private Practice,” a pediatrician at Seaside Health and Wellness. After serving as Dr. Cooper for the duration of the show’s tenure, Adelstein moved on to “Scandal” — another Rhimes show — where he played the role of Leo Bergen.

Adelstein has a jam-packed schedule. He stars as Jake on the series “Girlfriends’ Guide to Divorce,” in addition to working on a number of other projects, including the upcoming film “Confessions of a Teenage Jesus Jerk.”

Tim Daly played Dr. Pete Wilder, an alternative medicine specialist at Seaside Health and Wellness and a critical care specialist at St. Ambrose Hospital. The seasoned actor has stayed busy since “Private Practice,” starring as Henry McCord on the series “Madam Secretary” since 2014. In all, Daly has over 70 acting credits to his name.

Amy Brenneman was Dr. Violet Turner on “Private Practice,” a discontent psychiatrist who struggled to find purpose and happiness in her life.

Shortly after the show ended in 2013, Brenneman landed a starring role on the HBO series “The Leftovers,” where she currently plays Laurie Garvey. Brenneman’s career dates back more than two decades and includes a number of other high profile roles, including the title character in the TV series “Judging Amy.”

On the show “Private Practice,” Taye Diggs was Dr. Sam Bennett — nicknamed Dr. Feelgood — one of the founding partners of Oceanside Health and Wellness. After playing the part of Dr. Bennett from the series’ start to end, Diggs has moved on to other famous TV series, like “The Good Wife” and “Rosewood.”

More recently, Diggs appeared on the hit TV show “Empire.” He also lends his voice for “My Little Pony: The Movie,” due out 2017.

After introducing her character, Dr. Addison Montgomery, to “Grey’s Anatomy” viewers, Kate Walsh landed a starring role in the spinoff “Private Practice.” The show followed her move to Los Angeles after her divorce from Dr. Shepherd.

Walsh starred on “Private Practice” for the show’s entire run, from 2007 to 2013. She earned $175,000 per episode for her work, according to estimates from CelebrityNetWorth.com. Since then, the actress has held a starring role on the short-lived television series “Bad Judge,” among other projects, and will appear in the upcoming series “Thirteen Reasons Why” and the 2017 film “Felt.”

“Scandal” premiered in 2012 and finished its fifth season in May. Despite a ratings drop, the show was picked up for a sixth season but won’t debut until midseason, due to star Kerry Washington’s pregnancy. The show and its cast have won a number of individual and group awards, including multiple NAACP awards and a Peabody.

Formerly a member of Oliva Pope’s crisis management team, Darby Stanchfield’s “Scandal” character Abby Whelan is a White House press secretary. In addition to her “Scandal” duties, Stanchfield recently appeared in the film “Carnage Park.” You can also catch her in the upcoming movies “The Rendezvous,” “Slumber” and “Medicine Men.”

On “Scandal,” Tony Goldwyn is President Fitzgerald Grant, current president of the U.S. The actor has also appeared in a number of other high profile projects, including the films “Insurgent” and “Divergent,” which BoxOfficeMojo.com estimates earned $130 million and $151 million worldwide, respectively.

Joe Morton plays the part of Rowan Pope on “Scandal.” When Morton is not on the “Scandal” set, he stays busy with a host of other projects, including “Grace and Frankie,” for which he had a one-year stint, and the TV movie “All the Way.”

Scott Foley is Jake Ballard on “Scandal,” but the actor is famous for roles in other prominent projects, like “Felicity,” “True Blood” and “Scream 3.” He even appeared in “Grey’s Anatomy.”

Kerry Washington is “Scandal” lead Olivia Pope, founder and crisis manager of Olivia Pope & Associates. Washington’s “Scandal” gig has proven quite lucrative — she earns a reported $80,000 per episode, according to CelebrityNetWorth.com.

‘How to Get Away With Murder’

“How to Get Away With Murder” falls under the Shondaland umbrella, but the show was actually created by Peter Nowalk, with Rhimes serving as an executive producer. The show hit the TV airwaves in 2014 and will return for season three on Sept. 22.

On “How to Get Away With Murder,” Billy Brown is Nate Lahey, a Philadelphia detective. Even if you haven’t seen him on the hit Rhimes show, there’s a good chance you’ll recognize him from one of his many roles on series like “Sons of Anarchy,” “Dexter” and “Hostages.”

If you’re a “How to Get Away With Murder” fan, you’ll recognize Jack Falahee as Connor Walsh, a sly student of Annalise’s who will do anything to gain her approval. In addition to starring on the series, Falahee also recently appeared on the show “Mercy Street.”

Alfred Enoch is Wes Gibbons, a law student under Annalise Keating who becomes privy to some of her dark, personal secrets. In 2016, the actor also starred in the stage-to-screen adaptation of “King Lear.” He also previously played Dean Thomas in the Harry Potter film franchise.

Liza Weil is Bonnie Winterbottom on “How to Get Away With Murder,” Annalise’s hardworking associate. Seemingly a favorite of Rhimes, Weil previously appeared on both “Scandal” and “Grey’s Anatomy. Prior to joining Shondaland, the seasoned actress was most famous for her work as Paris Geller on “Gilmore Girls.”