This Is Why You Shouldn’t Always Book The Cheapest Flight 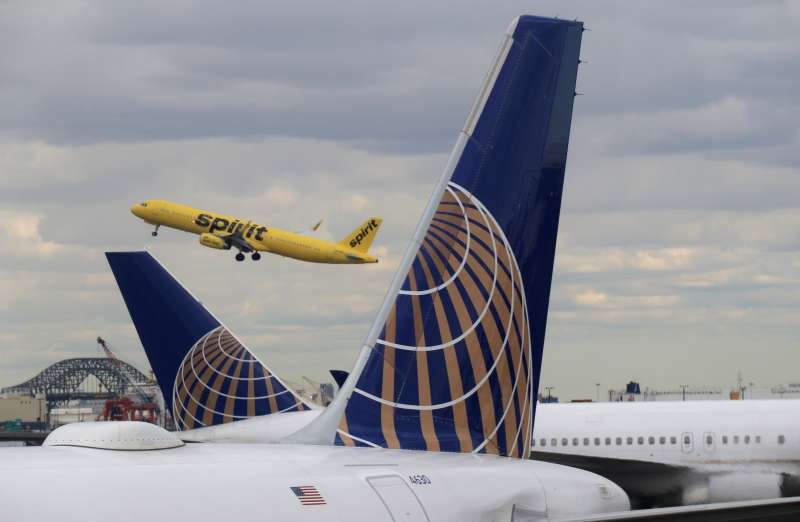 We’re big fans of cheap flights, which is why we have an entire vertical devoted to deals. Price, however, is just one of many factors that you should consider when looking at airfare. While it’s tempting to see a low bottom line and throw caution to the wind, there’s a total package that should be analyzed before pulling the trigger.

While cheap flights may do your budget a favor, they can come back to bite you in the form of ancillary fees at the airport, migraine-inducing customer support lines, an inability to utilize elite status benefits and a loss (or reduction) of elite qualifying dollars/miles. Below, we’ll aim to provide clarity around the holistic value proposition you should consider when booking a flight.

We’ve placed values on elite status tiers at Alaska, American Airlines, Delta, JetBlue, Southwest and United, and even entry-level tiers can be worth hundreds of dollars.

You may assume that it doesn’t much matter who you fly with, or who sells/markets the ticket, so long as you’re whisked from Point A to Point B safely and (relatively) on time. If you only travel once or twice per year, that’s true. If, however, you travel even a handful of times per year, you stand a chance at earning the first tier of elite status across an array of airlines.

Beyond all of the published perks, which include things like priority boarding, free checked luggage and VIP customer service lines, elite status can include soft perks as well. I’ve written before about unpublished benefits, most of which boil down to this: if you’re an elite member of an airline’s loyalty program, the airline is more likely to treat you like a person and less like a number. In other words, elite status matters when life throws a wrench in your travel plans and you need to make requests that aren’t exactly cut and dry.

Let’s say you’re a Silver Medallion or higher with Delta, and you want to travel between Raleigh-Durham (RDU) and St. Kitts (SKB) in mid-December. Priceline pulls up an itinerary on the days you need for $853. Now, if you book this, you’ll get a free checked bag and a better boarding zone due to your status, and should anything go wrong — mechanical issues, weather snafus, your Uber breaking down en route to the airport — you’ll be able to phone Delta and ask for help as someone who has already proven their loyalty to the airline.

You’ll also earn valuable elite qualifying miles, segments and dollars for the trip, getting you that much closer to the next rung of elite status (Gold). Plus, the redeemable miles you’ll earn are with an airline you clearly care about, so you’re more likely to find ways to use them — be it an award seat, a seat upgrade or a glass of Dom Pérignon Champagne.

For that same round trip, American Airlines can get you there and back for $809, representing a $44 savings. But are you really saving anything? Or, crazier still, would you be losing money by purchasing the AA itinerary?

As a Delta Silver Medallion, you’d pocket just over 6,000 redeemable SkyMiles for the $858 ticket, along with 5,132 MQMs and around $725 MQDs towards Gold status. TPG values a SkyMile at 1.2 cents, meaning that those 6,000 redeemable miles are worth roughly $72 on their own.

As a general member (non-elite) with American Airlines, you’d earn 4,102 redeemable miles. TPG values an AAdvantage mile at 1.4 cents, making those miles worth roughly $57. Now that redeemable miles are factored in, the gap between the two fares has narrowed to $29. Toss in the fact that a checked bag is $30 each way and already your savings has evaporated. Plus, opting for an AA flight when you could fly Delta puts you an even greater distance from the next elite status rung, which can be worth hundreds — even thousands — of dollars when you consider added perks.

Oftentimes, cut-rate airline tickets aren’t actually marketed by the carrier that you’re flying with. For instance, on a recent deal from the mainland US to Papeete, Tahiti, passengers spent part of the journey on Delta and part of it on Air France. It was possible to book the flight as a Delta-marketed ticket or an Air France-marketed ticket, even though the flights were exactly the same.

The International Air Transport Association (IATA) has established air waybill (AWB) prefixes, which you’ll spot as the first 3 digits of any ticket number handed out after you purchase a seat on a commercial airliner. If you purchased the above example as an Air France-marketed flight, your ticket would begin in “057,” while a Delta-marketed itinerary with the same flights would have a ticket beginning in “006.”

If you want to credit any earnings — be it miles, segments and/or spend — to a frequent flier program, understanding what marketing carrier you’re working with is vital. Let’s say you wanted to credit your scorching flight deal between Washington, DC (DCA) and Tahiti (PPT) to Delta’s SkyMiles program. If you purchase the itinerary as a Delta-marketed ticket, you’ll earn elite miles, segments and spend based on Delta’s rules.

If you purchase the itinerary as an Air France-marketed ticket and credit the flights to Delta, you’ll earn those elite qualifiers based on a SkyTeam partner chart, shown above. Same itinerary, same flights, different earning results.

This rule holds true across the aviation industry when it comes to airline alliances and partners. Pay close attention to the marketing carrier when purchasing deals through an online travel agency such as Orbitz or Expedia. If you purchase airfare directly from an airline — via web, app or phone — that ticket will be marketed and sold by that carrier.

If prices are exactly the same between multiple marketing carriers, select the option that’ll net you the greatest amount of return from a mileage standpoint. There’s a reason status hounds seek to book Delta flights from mainland US to Asia on tickets marketed by carriers like China Eastern instead of Delta. By finding cheap business-class fares and buying them through a partner rather than Delta itself, you’re able to dramatically boost the amount of Medallion Qualifying Dollars (MQDs) returned to you, getting you closer to the next level of status for less.

Cheap flights are cheap… until they’re not. Many low-cost airlines such as Frontier, Spirit and Ryanair grab attention with low fares, but then pummel passengers with ancillary fees. Everything from checked bags to printed boarding cards to a soft drink while aboard can quickly make a cheap fare pretty pricey.

More troublesome, however, are basic economy fares on legacy carriers like American, Delta and United. Even on airlines where you wouldn’t expect it, certain low-cost fares are excruciatingly inflexible.

From fees for carrying on to choosing a seat with the person you’re booked to fly with, these nickel-and-dime tactics not only inflate the cost of a trip, but they also raise one’s blood pressure. It’s tough to put a price on increased stress when watching what you thought was the final tally rise and rise, but it’s a factor worth considering.

Regardless of whether you purchase a ticket directly from the airline or via an online travel agency such as Orbitz or Expedia, double-check the fare class (and its associated restrictions/stipulations), and confirm whether or not it’s a basic economy ticket.

When it comes to customer service, you don’t know what you’ve got until you need it. While some online ticketing services offer flights at too-good-to-be-true prices, you’re largely on your own if you need anything changed. Be sure to read service reviews before doing business with an online ticket seller that you’ve never heard of.

For those hemming and hawing between two ticket options on two different airlines, remember that an airline you have status with will treat you better. Airlines recognize and reward loyalty, and unfortunately, the inverse of that is true as well. No one books a flight expecting things to go wrong, but history has shown that things can and will go sideways if you travel long enough.

Especially on long-haul international flights, I tend to lean harder into airlines I have some history with, even if the price tag is a bit higher. I place a great deal of value on knowing that an airline will have my back if I need them.

If you don’t have status with any airline, you’re freer to choose your ticket on price. Though, I’d say that you should always consider if you’re planning to become loyal to a certain airline in the future. If so, there’s no time like the present to start building that loyalty.

While some fares can be so stupendously cheap that nothing else matters, it’s rarely that simple a decision. Even in cases where you’re getting a massive bargain, be sure to only buy from reputable online ticketing services with a call center to help if needed.

Though it can be tedious to do so, you should always look at an airfare purchase based on its value proposition in totality. Is a cheaper ticket with a carrier you’ve never flown before worth giving up a customer service line you trust, priority boarding and other perks? Will the redeemable miles earned from a given trip make up for an increase in fare price? Are you buying a ticket that doesn’t earn any miles whatsoever?

Remember that the purchase price is only one factor when you’re looking to maximize every trip, and it’s worth asking yourself questions like those above to make sure you don’t get burned once the initial exuberance wears off.

If you’re new to points and miles and want to learn more on how they impact overall value, dig into our beginner’s guide.