Why This Hedge Fund Founder Leaves Money on the Table 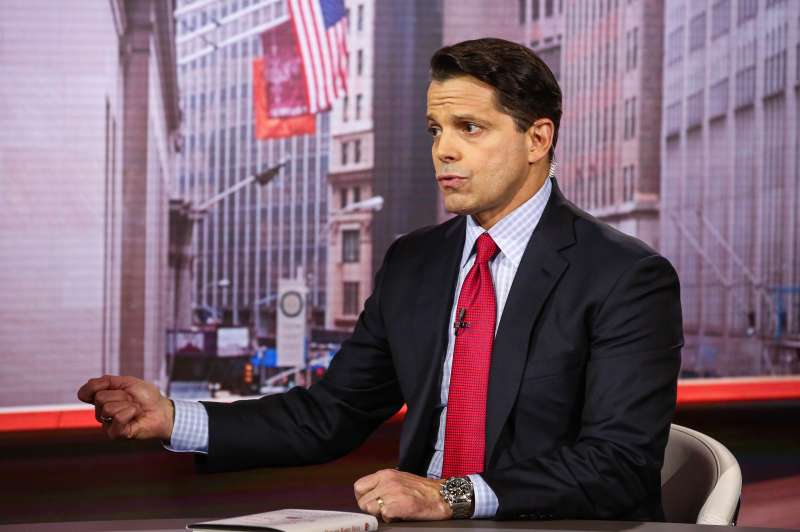 When hedge-fund king Anthony Scaramucci left Lehman Brothers in 2005 to start SkyBridge Capital from scratch, a few people thought he was nuts, including his own daughter.

Fast forward to today: Lehman Brothers went bust, SkyBridge has $12.3 billion under management, and Scaramucci has a new book coming out at the end of October, “Hopping Over the Rabbit Hole: How Entrepreneurs Turn Failure Into Success.”

For the latest in Reuters’ “Life Lessons” series, Scaramucci sat down to talk about his own unique money journey.

A: On the back of comic books in the 1970s, there was something called the American Seed Company. They would send you a cardboard box full of seeds, kids would sell them door-to-door in the neighborhood, and then pick from a catalog of prizes. I bought myself a watch that way.

Q: Eventually that sales knack landed you at Goldman Sachs. Was that intimidating?

A: Very. For my callback interview I wasn’t even dressed right and I got a lecture from one of the partners. I had come from a middle-class family in Port Washington, Long Island, and I was really clueless about Wall Street. My first job there, I basically got fired from.

Q: When you eventually launched SkyBridge Capital, what was it like to take that leap?

A: I was leaving Lehman Brothers at the time and I remember my 9-year-old daughter walking in when I was typing up my presentation. She was like, “What are you doing?” I said, “I’m starting a new company.” She responded, “But it’s just a made-up company. It is nothing but paper coming out of a printer. That is really stupid.”

Q: How is your dealmaking philosophy different from most?

A: I didn’t have my epiphany until I met Li Ka-Shing, who is one of the most successful people in Asia. His whole thesis is to leave money on the table for your partners. Then they will feel good and want to do business with you again. If you grab for every last nickel, you will never be happy.

Q: Who has been the biggest influence on you?

A: If you get all the top hedge-fund guys in the world together in a room and ask them about the smartest person they know, everyone would say Michael Milken. Of course, he had his issues in the 1980s and paid his debt to society. But he has become a leading thinker in the worlds of healthcare, biotech and public policy. He is a friend, a mentor and a phenomenal guy.

Q: When it comes to your own wealth, what strategies do you have for managing it?

A: It is pretty simple, actually: All of my money is in the firm’s products. I don’t have anything else, except for real estate. I have four kids and I set up trusts for them, managed in a blind trust at Neuberger Berman. I don’t know any of those underlying securities.

Q: You now host the iconic show “Wall Street Week.” What is it like to follow in the footsteps of Louis Rukeyser?

A: It is an honor because I remember watching that show every Friday night. But it had been dormant for a while and someone came to me and asked if I wanted to revive it. A lot of entrepreneurship is accidental like that. So I bought the rights, put it back on the air, and eventually the Fox Business Network picked it up. It is pretty intimidating because there was a real editorial purity to Rukeyser’s process and I don’t want to lose that.

Q: Where do you direct your charitable dollars?

A: Unfortunately, my dad had a brain tumor and my father-in-law passed away from leukemia, so I spend a lot of time on those two causes. I also tend to support military charities like Warrior Gateway, which helps guys transition from combat back into civilian life.

Q: What is your worst money mistake?

A: There is a whole phonebook’s worth. One is that I had a great mentor at Goldman Sachs named John McNulty, who really wanted me to stay. My guess is that would have been a very nice career but instead I left the firm when I was still very young, at age 32. But there is no possible way to live your life without regrets. There are always myriad choices in life – some work out, some don’t, and you just have to focus on the present.