Should I Rat Out My Coworkers for Smoking Pot at Work? 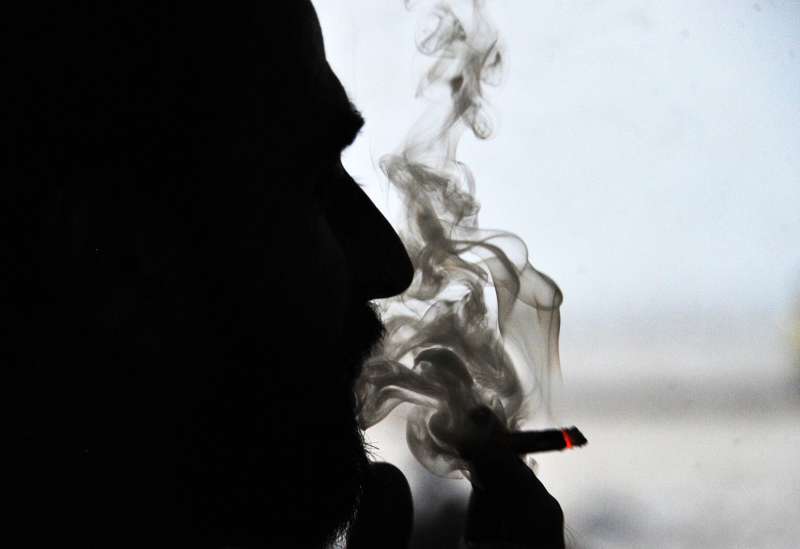 Q: I’m a manager and witnessed two guys under another manager smoking pot, as I was driving into work. They were on work property, and it was during work hours. While not being judgmental on a personal level, I feel compelled to report them. But I have to work with them, and I know they won’t get fired. I’d just as soon shut my mouth. Thoughts?

A: I’m as pro-privacy and as anti-Prohibition as they come, but what you do on work property during work hours is your employer’s business. And as a manager yourself, you have a higher level of obligation than if you weren’t.

So. Is there a safety issue? Would you report them if it were alcohol? Would you want to know if they’d been your own employees? If the answer to any of those questions is yes, then yeah, you do need to tell their manager what you saw. (You can ask them to leave your name out of it if at all possible, since you need to work with these guys.) If the answer to all three questions is no, then I’m not going to tell you that you’re obligated to take this on.

Q: After receiving a job offer, I requested more money, a specific schedule, and asked about benefits. After a few email exchanges with HR, I realized their health insurance is one of the ones exploiting the ignorance of folks and claiming loopholes where there are none for my form of birth control. I would’ve had to pay $80/month just for birth control. I responded to the HR person to thank them for all their help and let them know the insurance would not meet my needs.

I called the manager, and she said she thought I’d rescinded my application (!), adding that she’d received my email to HR and thought I wasn’t interested. I was very confused, given that at no point did I say I didn’t want the job; I simply said the insurance did not meet my needs. She had offered the job to someone else. She said, “Do you want to work for somewhere that can’t pay you well and won’t give you the schedule you want?” I informed her at that point I didn’t even know what the schedule was and hadn’t been informed what the final offer was, given that no one actually communicated with me at all during this time. After asking “Is the offer rescinded for me then?” about twice, she finally said that the offer was no longer available to me.

My partner wants me to try to speak to their manager/supervisor and let them know what happened. Thoughts?

A: I wrote back to this letter-writer and asked, “When you told them that the insurance wouldn’t meet your needs, what exactly did you say in that email? And what were you expecting to happen after that?”

I thanked them and then said the insurance wouldn’t meet my needs. I didn’t say “so I won’t take it”; there was no vague language like that at all.

I actually didn’t have all the details of the offer yet, like what days I would work or whether they wanted to pay me more. The email was sent to HR, not the manager, although I found out later it was forwarded to her.

So, here’s the thing: A flat statement that an element of an offer “won’t meet your needs” is potentially going to be interpreted as “this offer won’t work for me.”

So I’m not defending the employer here.

But you didn’t handle this beautifully either. If I made an offer to someone and after discussing an element of it, they flatly told me that it wouldn’t meet their needs, I’d be wondering why they didn’t follow that up with something else, like “So unfortunately I won’t be able to accept” or “Would you be able to go up on salary to make up for the hit on insurance?” If they didn’t do that and just told me it wouldn’t meet their needs, I’d be left pretty nonplussed.

It also sounds like you were assuming that your emails with HR weren’t part of the official discussion about the offer, since they weren’t going to the hiring manager, but during offer discussions, HR and managers are very much in communication and are sharing their discussions with the candidate with each other. What you say to HR is assumed to be as much a part of your response to the offer as what you say to the hiring manager.

The hiring manager explained her thinking when she said, “Do you want to work for somewhere that can’t pay you well and won’t give you the schedule you want?” At that point, she’s thinking: “We already talked about the fact that the pay is below market. We’re not going to be able to give you the schedule you wanted. And now you’re saying that the health insurance doesn’t meet your needs. This isn’t the right match. I want to hire someone who’s going to be happy about the offer and not feel like working here is a hardship.”

Again, she should have closed the loop with you after you had your conversation with HR. She shouldn’t have ducked your calls. She should have been straight with you. But I can’t totally blame her for concluding that this wasn’t a great pairing for either of you.

As for your partner’s suggestion to go over the manager’s head and complain: That’s not going to get you anywhere. In the employer’s eyes, you’re going to be the candidate who said the offer wasn’t acceptable and then was upset when they moved on to someone else.

Going forward, I’d just make a particular point of being really clear when you’re negotiating. If you say an offer (or a piece of an offer) doesn’t work for you but you want to keep talking about ways to resolve that, you need to say that second part explicitly. Otherwise, people may assume you’re walking away.

Note: Some questions have been edited for length.

More From Ask A Manager: