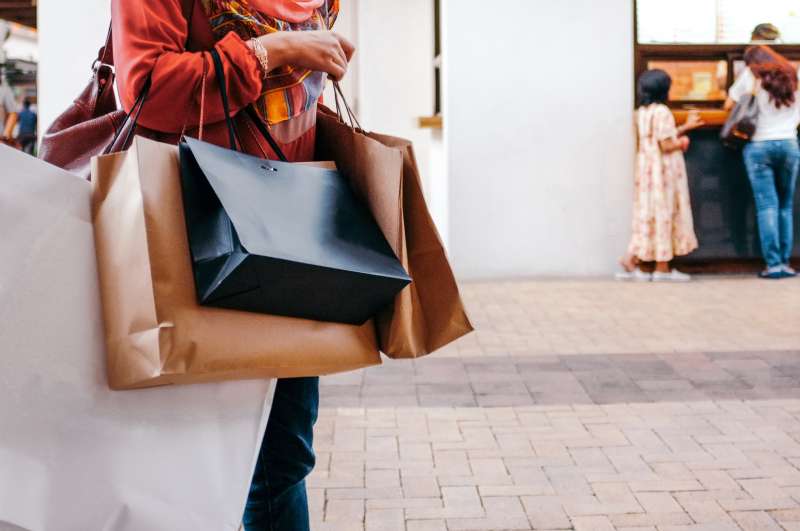 It’s happened to all of us: You walk into a store to try on a new blouse and end up buying the blouse — and a belt, and a pair of pants and a jacket.

Or you swing by your favorite store just to browse and end up spending a couple hundred dollars on clothes you really didn’t need.

Department stores are in the business of getting you inside and enticing you to spend money — and they have some very effective tricks up their sleeves to do just that.

Retailers know that once they get you inside a private fitting room to try on a new top or pair of jeans, they are halfway there in getting you to buy. That’s why many apparel retailers have designed their dressing rooms to get you to look and feel your best.

“Retailers use distorted mirrors to make shoppers appear thinner, knowing that most people will buy clothing if they like the way they look in it,” Woroch says. “Some stores will tilt the mirror, too, to create that longer and leaner reflection or use dim lighting to make you appear tanner, which also improves your appearance.”

So how can you make sure that you really like the way you look and feel when you try something on? Sometimes that involves leaving the dressing room.

“Always check your reflection in a mirror on the store’s sales floor and make sure you can return items for a full refund in case you realize you don’t really like the way you look when you get home,” says Woroch.

2. Deals too good to be true

Buy more, save more deals are designed to trick you into spending more money than you had planned.

“Consumers see better value with a bigger dollar savings figure and are likely to go for the bigger deal,” says Woroch. “However, such tired offers as $25 off $75 or $50 off $150 actually save you the same percentage regardless of how much you spend, so don’t get fooled. Calculate the percent savings and only buy what you intended to in the first place.”

Before diving into a good offer, it can be helpful to look at the pile of clothes you’re interested in purchasing and narrow it down to what you need. Then you can find the right deal for you.

Though tempting, opening up a store credit card and attempting to get the most savings on your new plastic could cost you.

“Retailers know that shoppers are likely to buy more in that single transaction to maximize those one-time savings and will continually spend more when swiping a store card,” Woroch says.

But that’s not all. Woroch says store cards come with extremely high APRs, retroactive interest charges and limited rewards, if offered at all, plus pricey late fees and other penalties.

“If you don’t shop at this store often, you may forget about the new account and miss a payment making that initial discount obsolete,” says Woroch. “Keep in mind, it’s harder to manage multiple credit card accounts. And your credit score gets dinged upon requesting a new line of credit which could make future loans more expensive and harder to obtain. It’s best to stick with a reward card that offers cash back or travel points from a major credit card company and maximize rewards using just one card instead of opening multiple accounts.”

The bottom line: Weigh the benefits before opening a store card because you might end up finding the card perks aren’t any better than the store coupons regularly offered.

4. Sales that promise to end soon

Department stores thrive on marketing strategies that make consumers feel as though they need to buy something immediately or risk missing out on a good deal. In reality, however, that’s usually not the case.

“Retailers use urgency by promoting limited-time deals, such as daily deals or one-day only sales, to make you think it’s the absolute final chance to shop at rock-bottom clearance prices even though it rarely is,” Woroch says. “Sales are meant to do exactly what the name says: Drive sales.”

This article originally appeared on Bankrate.com.