More Evidence That, Yes, the Retirement Crisis Is Real 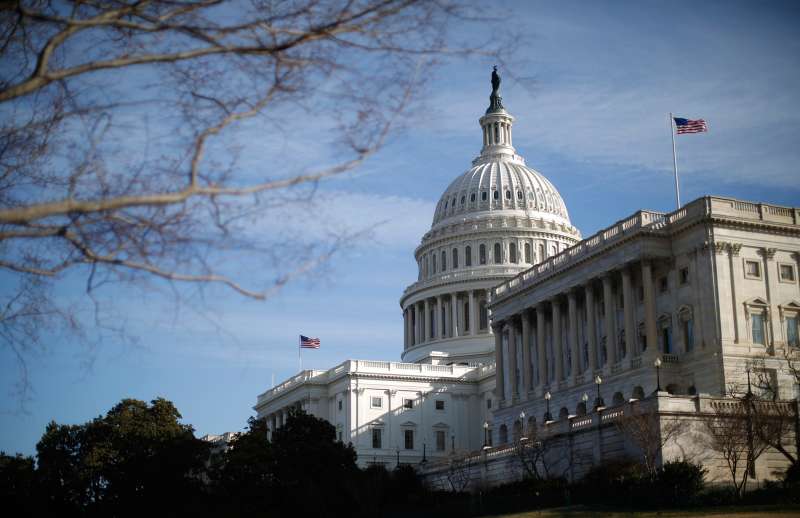 A general view of the U.S. Capitol building in Washington, February 28, 2013.
Jason Reed—Reuters

A dispute over measuring the adequacy of Social Security benefits is heating up against the backdrop of a 2016 Presidential election featuring candidates with wildly differing agendas for the program.

Regardless of who emerges from the primaries, the general election in November will pit a Democrat supporting expanded benefits versus a Republican seeking to cut them. Each nominee will use their own set of facts and research to support their proposals.

One of the key pieces of ammunition in that debate will be what’s known as the income replacement rate—essentially, the percentage of the money that Americans earned before they retired that will be “replaced” by their Social Security benefits.

For years, the Social Security Administration replacement rate calculations defined pre-retirement income as career average earnings adjusted for past wage inflation. Using this measure, replacement rates for a typical retiree in recent years have been a bit less than 40%, and on a downward trend.

The leading reason for the drop is the gradual increase in Social Security retirement ages, from 65 to 66 today and, beginning in several years, 67. Raising the retirement age, without a corresponding increase in benefits, causes benefits to drop for people who claim them at earlier ages, which is what most people do. This decline has helped fuel calls from advocacy groups to raise benefits.

Late last year, however, the Congressional Budget Office issued a report on the outlook for Social Security that included a different measure of replacement rates. Instead of using average lifetime earnings, its report said it would be more accurate to look at the earnings of people in the years right before they retired. “Older workers approaching retirement may find it more useful to know the extent to which Social Security can replace their preretire­ment earnings rather than their lifetime earnings,” the report said.

So the CBO dropped its earlier use of SSA’s average career earnings in favor of looking at a person’s average earnings in the last five years of their careers in which they had substantial income. This new set of numbers yielded much higher replacement rates: 60% for a typical worker born in the 1940s.

Not surprisingly, in the debate over whether to expand or cut program benefits, this higher number was quickly seized on by some as proof that benefits are more than adequate, and maybe even too generous. “The CBO projects that a typical middle-income individual born in the 1960s and retiring in the 2020s will be eligible for a Social Security benefit equal to 56% of his late-in-life earnings,” conservative Social Security expert Andrew Biggs wrote in a January Wall Street Journal article. “For individuals in the bottom fifth of lifetime earnings, Social Security replaces about 95% of their substantial late-in-life earnings.” The headline of the piece: “New Evidence on the Phony ‘Retirement Crisis.’”

I called economist Alicia Munnell, head of the Center for Retirement Research at Boston College and an influential advocate of expanded Social Security benefits, for her take. Munnell told me she didn’t understand how the CBO could have arrived at such high replacement rates, and pointed to a report done by the SSA in 2014 that looked at recent pre-retirement earnings, much as the CBO did. Its findings were very much in line with the agency’s traditional studies—both yielded income replacement rates just under 40% for typical recent retirees.

Well, Munnell’s puzzlement was solved yesterday when the CBO said its calculations were flawed and that it was publishing revised estimates of replacement rates. (When I called the CBO about this a couple of weeks ago, I was politely shown the door. I’m guessing Munnell or another influential doubter convinced the agency to take another look at its numbers.) When it did, that 60% replacement rate became only 43%—only a bit higher than the SSA’s number.

Outwardly, changing an obscure data point that’s invisible to nearly all consumers doesn’t amount to much. But in the tug of war between those who would expand or cut Social Security benefits, this is a very big deal.

For consumers, if Social Security indeed replaces only about 40% of the typical beneficiary’s pre-retirement income, where will the rest of the money they need come from? As the latest stock-market swoon has reminded us, private retirement investment accounts aren’t a reliable answer. This makes the role of Social Security benefits more important than ever.