5 Figures That Put the Stock Market Correction in Context 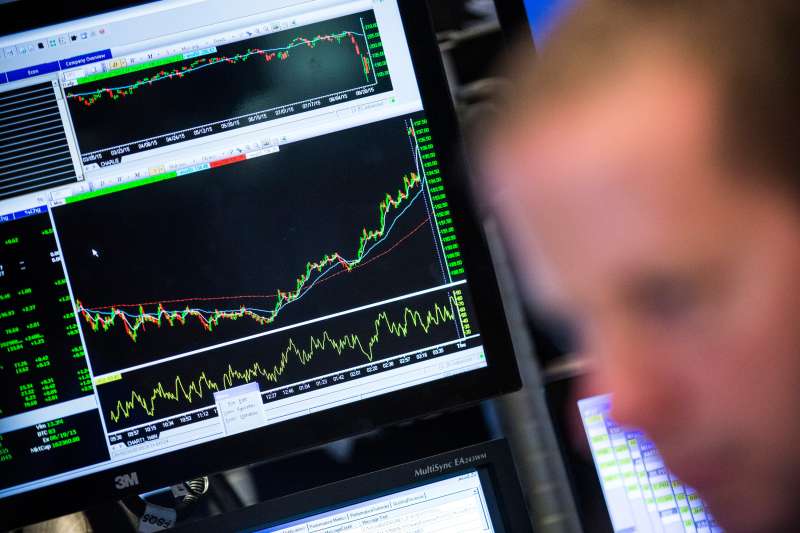 A trader works on the floor of the New York Stock Exchange during the morning of August 27, 2015 in New York City.
Andrew Burton—Getty Images

Forget going to Disneyland — if you want a wild ride, all you need to do is hop aboard the stock market, which has shown more volatility over the last two weeks than we’ve witnessed since the Great Recession.

Even following the Dow Jones Industrial Average’s voracious 600-plus-point rally on Wednesday, the historic index is still down by more than 2,000 points since its recent all-time highs. The same can be said of the broader-based S&P 500, which is still in correction territory (meaning a drop of 10% or more from its recent highs).

Stock market corrections have a tendency to follow investors’ emotions rather than common sense, and the result tends to be that investors wind up running for the hills. But a stock market correction doesn’t have to be the boogeyman that some traders and investors would have you believe it is — ifyou look at it from a different angle. With that in mind, here are five figures that should help you understand what this correction means.

1. Since 1950, the S&P 500 has had 33 corrections of 10% or more
The first thing investors should note is that corrections are really common. We’ve had 33 S&P 500 corrections totaling 10% or more since 1950, according to Standard & Poor’s. Corrections are a healthy part of the stock market, as they keep investors’ emotions in check and provide an opportunity to buy high-quality stocks at a discount to where they were trading just days, weeks, or months prior.

On the flipside, that means that for the remaining 47.5 years, or for more than 17,300 days, the stock market has been heading higher. In other words, we’re much more likely to see the stock market rally, historically, than fall. It also suggests that the average stock market correction lasts a mere 200 days.

3. The Dow’s historic plunge on Monday wasn’t really that historic
On Monday the Dow Jones fell by 588.4 points — which was actually something of a recovery after an early-morning drop of 1,089 points, the largest one-day point move in either direction on record.

Yet the Dow’s shellacking on Monday doesn’t even come close to registering among the biggest moves of all time. Despite representing its eighth-largest point loss in history, the 3.6% move lower would have needed to practically double just to sneak in as the 20th-worst day in the Dow’s rich history (which was a loss of 6.98%, if you’re curious).

4. The market has surpassed its previous highs 100% of the time
Not only have stock market corrections tended to last for just 200 days on average since 1950, but the magnitude of the correction is often quickly erased by optimistic investors.

For example, between 1975 and 2000, regardless of the magnitude and length of the correction or bear market, investors pushed the S&P 500 past the original peak of the prior correction or bear market in two years or less in every instance (for reference, we’re talking about 12 corrections/bear markets). Even the Great Recession saw its previous highs surpassed in recent years. In short, the stock market has historically had a 100% success rate at erasing corrections and bear markets, which bodes well if you remain steadfast in your approach to long-term investing.

5. Long-term holding is always vindicated (at least if you buy index funds)
Lastly, a study put out by J.P. Morgan Asset Management last year examining the S&P 500’s largest moves higher over a 20-year span (Dec. 31, 1993-Dec. 31, 2013) determined that the best course of action is to hold stocks over the long term, regardless of market volatility.

Per J.P. Morgan’s research, $10,000 invested at the end of 1993 and left untouched through 2013 would have returned 483%. If you missed so much as the 10 best trading days over the aforementioned 20-year span, your gains dropped to just 191%. Miss the 30 biggest point gains on the S&P 500 in a 20-year span? Then you wound up making less than 20% overall and losing handily to inflation. Even if you avoided some of the largest downswings, you’d have no way of knowing with any consistency what days would end in rallies of 3% or more.

The point here is simple: Timing the market with any consistency is impossible over the long run, so your best course of action is to look past this recent volatility and stick to your investment plan.