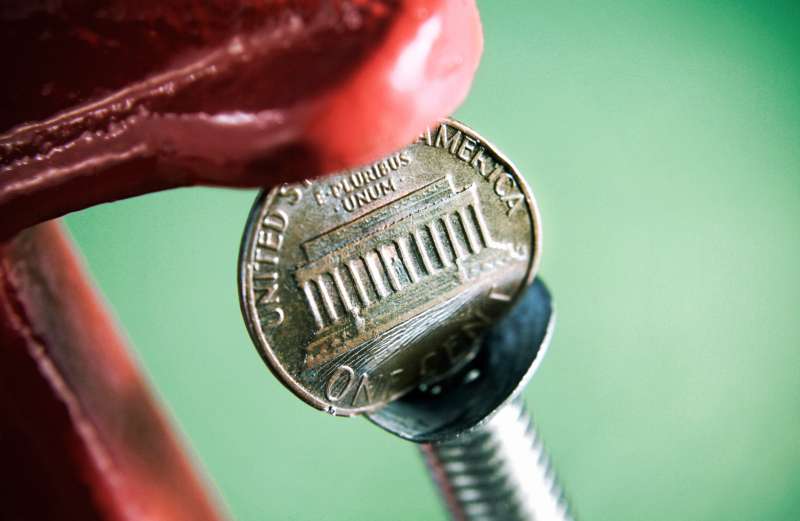 There have been a lot of positive signs lately regarding the state of the economy. Perhaps the two strongest indicators are that the unemployment rate is down, and the GDP is up. (This quarter, it rose beyond what was predicted.) Despite this growth, many workers haven’t noticed much change to their paychecks. This fact has left a lot of folks wondering: if the economy is improving, why aren’t our paychecks doing the same?

A lot of theories exist as to why pay hasn’t increased alongside our economic recovery. One popular theory is that the unemployment rate hasn’t fallen as much as it seems. And, there is likely something to be said for the idea that many workers have decided to stop looking for employment in recent years, so the reported rate is a bit misleading. But, that doesn’t fully explain the problem of wage stagnation.

Other explanations abound as well. Is it because of inflation? Outsourcing? Offshoring? Maybe there isn’t a wage increase problem to begin with, as some conservative groups have suggested. That’s not likely though, as according PayScale’s Real Wage Index, “real wages” have fallen 8% since 2006, with inflation factored in.

More from PayScale: When Is the Best Time to Negotiate Salary?

Actually, the real reason wages have stagnated even though the economy has improved is likely due to a decline in workers’ bargaining power. Let’s take a closer look at this issue.

1. The decline of labor unions.

Labor unions have long been the fundamental force that fights for workers’ rights, including compensation. In recent decades, probably since the 1950s, the percentage of the private sector workforce that is organized has fallen to about 6.5% At one time, it was as high as 35%.

Union workers weren’t the only ones who saw better pay in times and places where the labor movement was stronger.

“In research by Harvard University’s Bruce Western and myself, we compared nonunion workers in highly organized locales and industries to nonunion workers in segments of the labor market with little union presence,” writes Jake Rosenfeld, Associate Professor of Sociology at the University of Washington, at The Conversation. “After adjusting for core determinants of wages, such as education levels, we found that nonunion workers in strongly unionized industries and areas enjoyed substantially higher pay. Thus the economic benefits of a powerful labor movement redounded to unorganized workers as well as union members.”

2. An increase in pay-for-performance policies.

A rise in pay-for-performance policies is likely also to blame in the decline of workers’ bargaining power, which in turn stagnates wages. Peter Cappelli, a Wharton School of Business professor, has noted that managers are granted bonuses based on whether or not they can keep their labor budgets below a certain mark:

“They’re punished to the extent they go over those budgets,” Capelli said. “If you’re a local manager and you’re thinking, ‘Should I bump up wages’ it could really hit your bonus. Companies have done this in order to increase the incentive to hang tough on budgets, and it works.”

Rather than investing in the people that work for the company, as some brilliant business leaders have suggested, more and more corporations are holding to strict budget lines which encourages higher-ups to limit pay increases.

“There’s this pervasive norm,” says Jared Bernstein, former chief economist for Vice President Joe Biden, “that labor costs must be held down at all costs because maximizing profits is the be-all and end-all.”

In order for workers to benefit from the economic improvements that we’ve seen in recent years, they’ll have to find the bargaining chips they need to make a difference with their employers. Labor unions might just be their best bet, as history has shown us. Better yet, employers should also consider loosening the restrictions they’ve instituted. Companies benefit when workers are fairly compensated.