How to Succeed at Work by Being Lazy 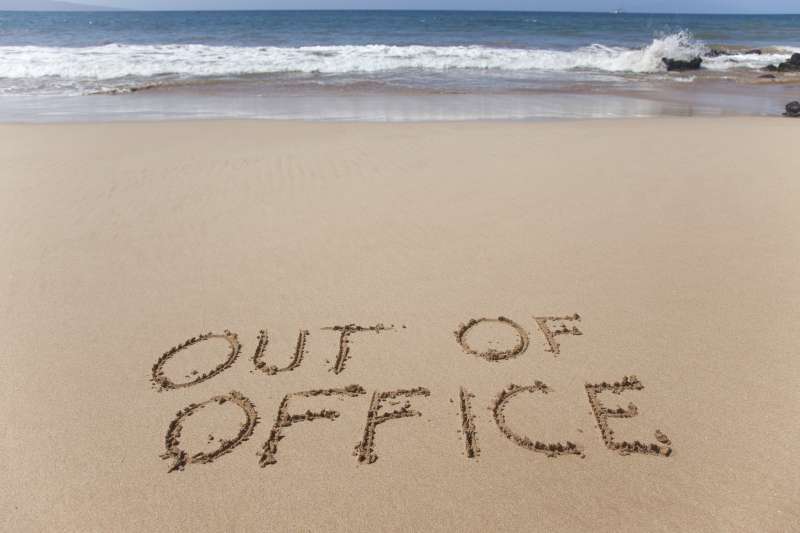 If you had one extra hour every day, what would you do with it? Maybe you’d catch up with a friend over coffee, take your kids for a bike ride, try out a new dinner recipe or heck, just grab 60 more minutes of shut-eye. Whatever you’d choose, your plans would probably bring you significantly more satisfaction than staring at a spreadsheet and writing status reports back at the office.

Of course, as awesome as that free hour sounds, you might think cutting back on time at work could pose a big risk. After all, if you’re not logging long hours, won’t your performance suffer? Not necessarily, according to the experts—we just like to think a more jam-packed schedule means higher productivity.

People tend to fall into habits where they simply continue to do things the way they always have, even if it’s not the quickest, most efficient route, says Shari McGuire, author of “Take Back Your Time: 101 Simple Tips to Shrink Your Work-Week and Conquer the Chaos in Your Life.”As a matter of fact, there are plenty of smart shortcuts that are guaranteed to shave precious minutes off nearly every aspect of your workday. We reveal these “lazy ways” here, so you can spend more time on what really matters to you.

1. Lazy Your Way to Better Meetings

If you’re the one organizing the rendezvous, be strategic about timing. “Instead of scheduling it at 11 a.m., begin at 11:10 a.m.,” McGuire says. Since most meetings end on the hour, this 10-minute cushion gives people a chance to get a drink of water and go to the bathroom without holding up the rest of the group.

Next, slash the amount of time allotted to the meeting. Most calendars default to 30-minute or hour-long chunks, McGuire says. And we tend to fill up the amount of time we’ve set aside, even if we could finish sooner so a 15-minute update could take twice as long if you’ve penciled in a half hour.

In addition, adhere to the set time frame—even if some folks are running late. “If coworkers know that you’ll wait for them when they arrive late, then they’ll do it regularly,” McGuire says.

Another quick tip that makes a huge difference: Ditch the chairs. Research from Washington University has shown that meetings are more productive if participants are standing up rather than sitting down.

And if you’re an attendee? Consider occasionally asking to skip a meeting if you feel your presence isn’t necessary. “Explain to coworkers that you don’t think they need your perspective this time,” says Peter Bregman, author of “Four Seconds: All the Time You Need to Stop Counter-Productive Habits and Get the Results You Want.” “By carefully choosing which meetings you go to, you’re able to better target your value to the organization.”

You may also want to point to coworkers this revealing study from Bain & Company, which found that 15% of an organization’s collective time is spent in meetings. Another study found that the cost of all this meeting time equals $37 billion per year to U.S. businesses.

2. Lazy Your Way to Wrapping Up Projects Faster

Adopt this slacker mantra: Don’t always aim for perfection; settle for “good enough.” There is a point of diminishing returns where even though you could make something better, your time might be better used on another pursuit, says time management expert Peter Turla. Of course, this doesn’t work with every task—some should take 100% of your effort—but still, this easygoing approach will save you a ton of time.

To that end, give yourself permission to let some stuff slide (think: cleaning out your backlog of old emails or color-coding file cabinets). “It’s poor use of your time to focus on tasks that aren’t worth paying attention to in the first place,” Turla says.

3. Lazy Your Way to Inbox Excellence

If your work routine allows for it, slack off on email by reading it only a few times a day. “Add a footer to your messages explaining that you only check email between certain hours, and to call if the matter is urgent,” McGuire says. “In the meantime, turn off your alerts. Every time you get an interruption during the day, like an email ping, you lose 20 minutes of productivity.”

For those of you who use Gmail for work, another idea is to download their app,Inbox, which suggests three brief replies to every email you receive. For example, in response to a note reading, “Can you remind me which client we’re meeting with next week?” It might offer: “Will do!,” “I don’t know,” and “I’ll send it to you shortly.” Simply tap the one you like best, make edits or changes if you wish, then hit send.

You should also feel free to delay responding to certain messages. If the email is regarding a situation that’s in flux and could resolve itself without your involvement, putting it off means you might never have to deal with it, Turla says. Plus, if someone asks you a trivial question that they could easily look up themselves, not replying right away will encourage them to seek out the answer on their own, so you have less to do.

And if you’ve received a long email thread, shave time by simply skipping to the very end, rather than reading all the back and forth. “The earlier messages often become obsolete,” Turla says.

Give your multitasking tendencies the boot. Sure, checking your email while taking a call sounds like a time-saving technique in theory, but in the long run it only magnifies your workload. If you’re not focused, the call will last longer because you’ll be distracted and will miss things, McGuire says. “Turn off your computer screen.”

Another savvy strategy is to harness the power of a rumbling stomach and place a call right when people are likely to be hungry. “If you call just before lunch, the other person is less likely to get long-winded,” Turla says.

5. Lazy Your Way to a Tighter Schedule

Want to get your happy hour on, stat? “Block your corporate calendar between 5 p.m. to 8 a.m. [or whenever your nonworking hours are] so it will show as busy if coworkers try to book an appointment,” McGuire says. Not only will this dissuade people from keeping you longer at the office, but when you have a set end time on the books, you’ll be motivated to get things finished sooner.

6. Lazy Your Way to Being a Better Manager

Having an open-door policy may be a warm and fuzzy way to supervise, but you’ll end up shouldering a lot more work as a result. Instead, establish a specific time slot—say, between 9 a.m. and 10 a.m.—when those you’re managing can stop by for guidance. They will pile up their questions and be more likely to solve them on their own, McGuire says. “Also, allow people to fail. If you give them a chance to try something by themselves, you will free up time for yourself because you won’t have to walk them through every step.”

When staffers do seek your advice, turn it back on them. Ask them how they would handle the situation. Not only is your job as a manager to create an independently capable team, but people will be less likely to come to you if they know you won’t give them an easy answer. Which helps make your life a whole lot easier.

7. Lazy Your Way to Pain-Free Networking

Over and above your regular duties, the last thing you probably feel like doing is hitting up an industry event or crafting thoughtful emails to your contacts, all in the name of networking. The good news is that you don’t have to pour a ton of time into these efforts; making brief, two-minute connections at a time can have big-time benefits. “When it comes to developing a relationship with someone, frequent little checkpoints can be more effective than one long email,” Bregman says.

For example, forwarding someone an article along with a two-line note saying, “I thought you’d enjoy this,” shows you were thinking of them and trying to be helpful, without requiring much investment on your end. It’s a win-win.