The 5 Most Successful Investors You've Never Heard Of 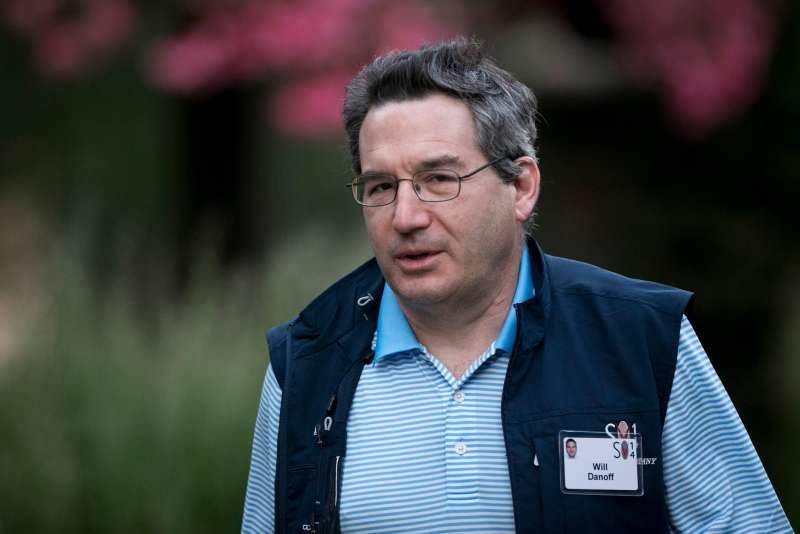 Can you name any outrageously successful investors besides Warren Buffett?

If you can’t, the rise in popularity of passively managed index funds may be the culprit. However, that doesn’t mean that legendary investors have disappeared.

Remember that 20% to 35% of actively managed funds still beat the benchmark for their category, so investors who regularly beat the market do exist. Here are the profiles of five wildly successful investors you’ve likely never heard of.

When most folks think about Fidelity Investments, their thoughts likely turn to superstar investor Peter Lynch. And for good reason: During his 13-year tenure as the head of Fidelity’s Magellan Fund, Lynch transformed $18 million in assets under management to more than $14 billion.

Read next: Jack Bogle Explains How the Index Fund Won With Investors

However, the investing pros keep closer tabs on what Joel Tillinghast is doing. Not only is Tillinghast a personal hire from Peter Lynch, but Tillinghast also holds a mind-blowing record 25 years of successful stock picking. In 1989, Tillinghast launched the Fidelity Low-Priced Stock Fund , which has an average annual return of 14.35% since the fund’s inception and holds over $44.18 billion in assets.

His knack for value investing (preferring to buy stocks with a price below $35), photographic memory (ability to recall facts about each of the 900 companies he owns), and mathematical ability make Tillinghast a force to be reckoned with.

To talk about Will Danoff is to talk about the Fidelity Contrafund , which Danoff launched in 1990 and continues to manage until today. Contrafund is so large (about $113.2 billion in assets) that $1 of every $8 invested in Fidelity’s stock funds is invested in Contrafund.

Not impressed yet? Danoff is the single manager of the Contrafund. In comparison, Tillinghast co-manages the Low-Priced Stock Fund with six other managers. Under his leadership, the Contrafund has achieved an average annual return of 12.50% in its lifetime. No wonder when asked about his opinion of the U.S. stock market in April 2015, Danoff replied, “This is a good pond to go fishing in.” (See also: America Is Back: 4 Economic Predictions for 2015)

Besides his exceptional record, Marks has built a strong fanbase through his much-discussed letters to investors (dubbed “Oaktree memos“). Many investors find them chock full of actionable data. For example, he called out the economic troubles of Greece as early as July 2010 in one of his memos. His book The Most Important Thing: Uncommon Sense for the Thoughtful Investor has been praised by investing legends Warren Buffett and John C. Bogle. (See also: The 8 Classic Personal Finance Books You Must Read)

Here is another case of an exceptional investor living in the shadow of another. The champion of low-cost index funds, John C. Bogle is and will most likely continue to be the face of Vanguard. However, Ed Owens contributed as much as Bogle to Vanguard’s success.

Since its creation in 1984, the $54.4 billion Vanguard Health Care Fund has outperformed every U.S. equity mutual fund. From 1984 until his retirement in 2011, Owens managed this fund and maintained a spectacular 16% annualized return. In comparison, the S&P 500 returned only 11% during the same period.

When asked what was the most important lesson he’d learned in the 28 years he ran his fund, Owens answered, “When you hear people say that ‘It’s different this time,’ it’s not. The process of valuing securities is the same as it was in the 1980s.”

There are very few investors with better returns than Warren Buffett. One of the investors that could surely give Buffett a run for his money was American businessman Joe Rosenfield. Best known for turning $11 million into more than $1 billion for the endowment fund of Grinnell College, Rosenfield was not only good friends with Buffett but also with Robert Noyce (a.k.a. “The Mayor of Silicon Valley”).

Rosenfield had an uncanny talent for recognizing top investment opportunities. For example, he invested in the Sequoia Fund between the 1977 and 1997 period in which the fund outperformed outperformed 94% of all diversified U.S. stock funds and beat the S&P 500 by 2.7% per year.

This successful investor always had the interest of Grinnell College in mind and, besides managing the endowment fund, created the Rosenfield Scholarship, which has helped over 200 students pay for a Grinnell education.

8 Ways College Students Can Save Money Before Class Starts