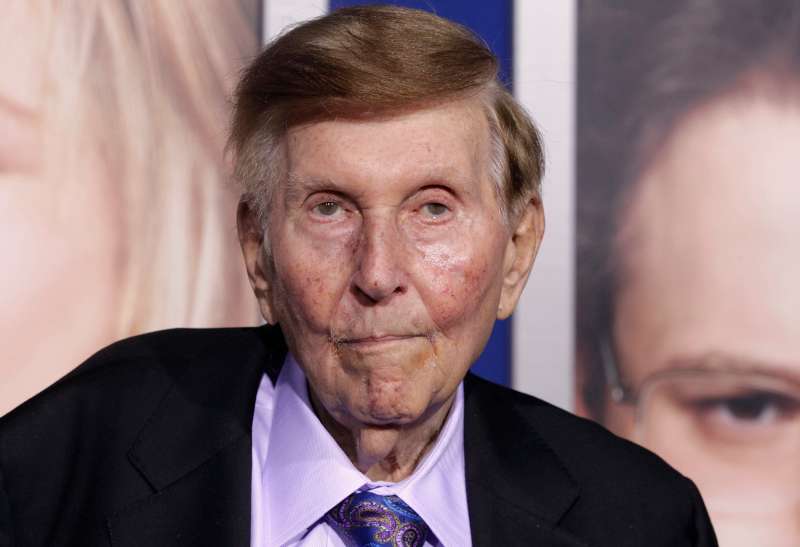 The mental competency trial of 92-year-old Sumner Redstone, the ailing chairman emeritus of CBS and Viacom, is receiving media blanket coverage. The notoriety was inevitable, given that his former girlfriend is suing to regain authority over his medical treatment. But Redstone is only one of the millions of older Americans with health or cognitive issues who are at risk of financial elder abuse.

Rising numbers of older Americans are being scammed by telemarketers and other strangers—a recent study found that nearly one in five has already been taken advantage of financially, while some 43% show at least one sign of current financial abuse.

In many cases, the scam tactics are specifically designed to con vulnerable seniors, who are more likely to respond to emotional appeals. Even worse, many elderly are exploited by their own friends and even family members, which is what is being alleged in Sumner’s case.

Billions of dollars in losses

Unfortunately, many older Americans have no idea that they’ve been victimized, since the odds of cognitive decline and dementia accelerate when you reach your 80s and 90s. Often, the older person is embarrassed to report that a son or daughter has taken money from them, or they may even fear harm from the family member. If the abuser is a caregiver, blowing the whistle might cost the older person his or her independence, since losing that assistance may mean a move to an institutional care setting.

The amount of money being lost to financial elder abuse is difficult to quantiy—the most commonly cited estimate is about $3 billion a year. But Marti DeLiema, a researcher at the Stanford Center on Longevity, is confident the numbers are much higher. In a review of elder financial-abuse court cases in Los Angeles County, she closely studied a random sample of 60, which showed losses reached nearly $20 million. Extrapolating those figures to a national level, DeLiema says there is “just no way” losses are limited to $3 billion annually. Echoing those findings, another study recently pegged losses from financial elder abuse at a whopping $36.5 billion.

In her study of abuse cases, DeLiema found that victims were typically in their early 80s, with nearly 90% having moderate or severe cognitive decline. Most were in fair or poor health, and they were partially or totally dependent on others for their care. In some cases family members and trusted caregivers turned out to be the abusers, while in others they advocated for the older person.

Given these challenges, how can you protect yourself, or your older relative, from financial abuse? A good way to begin is by following these guidelines:

Set up checks and balances. Don’t place unilateral control of your finances in the hands of one individual, regardless of how trustworthy and competent they appear to be. Involve multiple family members and provide each with access to key financial records and accounts so they can keep tabs on your primary financial helper.

Involve a financial professional. Make sure a broker, financial adviser, tax accountant, or other professional has access to any financial transactions made by a family member on your behalf.

Prepare for cognitive challenges. It is the rule, not the exception, that we lose the ability to make informed financial decisions as we move into old age. Take care of the financial needs of your “future self” now, not when these skills have diminished.

Organize your important documents. Give copies to trusted family members, friends, and financial advisers. Include emergency contact numbers so they can communicate with one another.

Get a legal back-up. Consider creating a durable financial power of attorney so someone can make financial decisions for you if needed. Ideally, this will not be your primary caregiver.

Keep your paperwork up to date. Review your documents and plans at least once a year. Things change, and so should your preparedness documents.

Read next: 5 Essential Documents for Protecting a Loved One from Dementia

For more information preventing financial abuse, check out this advice from the Consumer Financial Protection Bureau. A bit of planning can go a long way toward protecting you and your family.

Philip Moeller is an expert on retirement, aging, and health. He is co-author of the recently updated New York Times bestseller, “Get What’s Yours: The Revised Secrets to Maxing Out Your Social Security.” His companion book, “Get What’s Yours for Medicare: Maximize Your Coverage; Minimize Your Costs,” will be published in October. Reach him at moeller.philip@gmail.com or @PhilMoeller on Twitter.