The 5-Step Guide to Surviving a Social Media Mishap 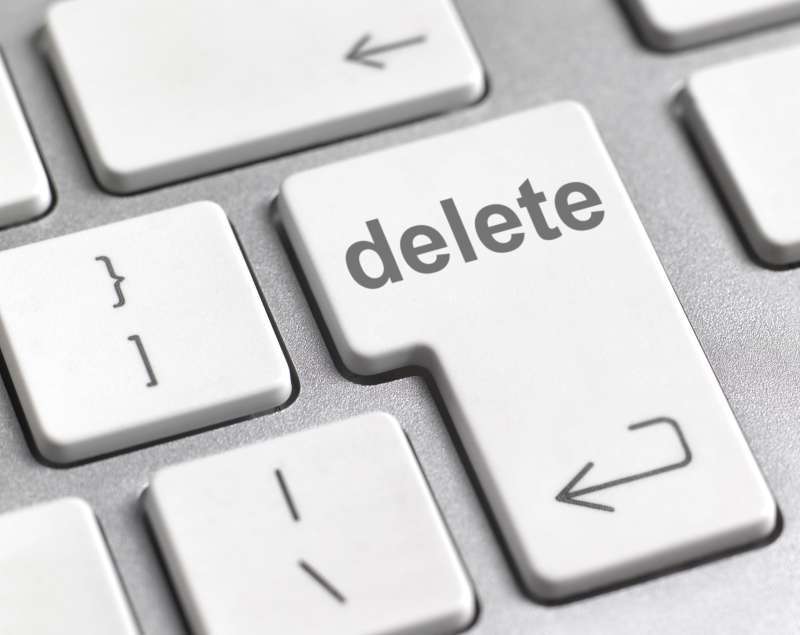 Whether it’s a celebrity Twitter feud or a corporate social media disaster, we’ve all seen how online posts can flare up into huge news. But you don’t need to have started an international career-ending media storm to have your online presence wreak havoc on your professional life.

In fact, the National Labor Relations Board has ruled in recent years that employers can justifiably fire you for comments you make on social media, even if they had nothing to do with work. Meanwhile, a 2015 CareerBuilder survey found that 48% of hiring managers have found something on a potential hire’s social media account (such as inappropriate photos or discriminatory comments) that caused them to pass on that candidate.

Yet, though most of us know that terrible tweets and Facebook faux pas can cause trouble, that doesn’t seem to prevent the occasional slip-up. Plus, even if you monitor your activity, friends can quickly unravel your image by tagging you in questionable posts or pictures or leaving less-than-palatable comments on your account.

So what do you do if you’re feeling a bad case of social-media remorse? We asked a few experts to outline the steps to take if you find you need to do some damage control and reclaim control of your online brand.

Step 1: Figure Out ASAP Who’s Likely to See and Take Issue With Your Post/Tweet/Instagram

You attended an epic bachelor party on Friday night and, in a less-than-sober state, you captured the highlights on social media—including that 3 a.m. trip to a racy club that would make your boss cringe. What now?

You’ll want to assess quickly not only how many people—and which ones—may have caught wind of it—stat. “If only one or two people saw it, but it’s the ‘wrong’ one or two people, you still have a problem,” says Miriam Salpeter, a social media strategist and founder of Keppie Careers.

If your faux pas happened on Twitter, you can use the app’s analytics feature to see how many impressions a tweet has (i.e., how many users saw it) or engagements (i.e., how many times someone liked it or retweeted it, for example). Though it doesn’t list the users individually, it’ll give you a sense of how viral the tweet became.

If your lapse in judgment happened on Facebook, you may be able to deduce which people likely saw your post in their News Feed. As Facebook explains it, what pops up on a user’s feed is influenced by who they engage with the most, as well as how many comments or likes the post generated. So if you’re in the habit of liking your boss’s Facebook posts, it’s much more likely she may have seen yours. But if you haven’t interacted with her in the last several months or don’t see her show up much on your feed, you could (fingers crossed) be in the clear.

Step 2: Get Rid of the Evidence

We know, we know—nothing is ever truly gone from the Internet, right? But still, the first line of defense would be to “immediately delete said post,” says Bill Fish, founder and president of ReputationManagement.com.

So here’s a quick cheat sheet on how to do that across some of the most common social media platforms:

Facebook: Go to your Activity Log. From there, you can delete a post, hide it from your timeline or untag yourself from any questionable photos. (Better yet, ask your best buds if they’re willing to delete any photos of you that they posted.) For further control, you can enable your privacy settings to review posts or photos your friends tag you in before they hit your public timeline.

Instagram: Go to the incriminating photo, tap the ellipsis shown beneath it and hit “delete.”

LinkedIn: Go to the regrettable update and hover your cursor over the time stamp on your update. You’ll see the option to delete in the drop down menu.

Depending on how bad your social media slip is, you might be tempted to delete your entire account—but unless you’re being threatened, that might be an extreme move. “Shutting down an account admits defeat and basically looks like you are hiding from the issue you caused,” says Fish. “Why delete any good will you have built with your posts over the years? Simply go in and scrub your account to get rid of anything that could be offensive.”

Of course, that doesn’t necessarily mean that what you’re trying to cover up won’t live on in screenshots, shares or similar photos from oblivious friends who can’t stop trying to relive the moment. This means you may have to keep doing some digital triage (more on that later).

As we’ve just discussed, there’s no way to fully know who saw what, so keep your eyes and ears peeled to see whether you’re the talk of the water cooler come Monday morning. “Workplace gossip likely makes it clear who saw your unfortunate post. However, if you’re unsure, don’t stir up trouble by asking questions that may lead to more problems,” advises Salpeter.

In other words, thinking you’re doing right by blurting out an apology—in real life or online—could generate even more publicity about your slip-up to folks who may not even know what you’re talking about.

But what if you do get pulled into the boss’s office with raised eyebrows?

Then it’s time to take full responsibility, says Fish—and “it is imperative that you do not use phrases like ‘If I offended someone … ’ The only reason you are making this apology is because you offended someone, so as difficult as it may be, admit you were wrong and offer a heartfelt apology,” he adds.

Salpeter adds that an in-person or phone meeting is probably best for an apology. “I would advise making the effort to engage live with a supervisor instead of trying to explain something via email, where tone is lost and it can be difficult to avoid the appearance of trying to justify an inappropriate scenario,” she says. Then, of course, assure them that you’ll exhibit better judgment down the road.

For starters, go back to your normal posting schedule (although you’re going to think twice and only publish things that are safe for work—right?). This is especially helpful if you don’t think you’ve gotten rid of all the vestiges of your questionable decisions.

“There are no guarantees when it comes to ‘burying’ a bad post, but unless people make a point to keep sharing and referring to your mistake, the post itself will be buried in no time if you post other updates. People are less likely to scroll through your content than you think,” Salpeter says.

Personal security expert Robert Siciliano also recommends ramping up your privacy settings on all social media accounts to prevent unwanted retweets, shares, likes or posts. Then comb through your previous posts to remove anything that could tarnish your image. For instance, “duck-face mirror selfies and party pictures are a major red flag,” Siciliano says, as are any insulting or negative comments you may have left on other people’s posts. One final caveat: “Never drink while posting. While PUI’s—posting under the influence—are legal, you could regret it,” he says.

Finally, take a moment to search for yourself online to see what shows up in the results. “Use all of the popular search engines, such as Bing and Google,” he suggests. “View the search results when you’re logged in and out of your browser, as this can alter the outcome—results can be different depending on many factors, including the type of web browser you’re using, geographic location, web history or the data center that is serving up the search results.”

If truly false or unflattering results appear, you can request to remove the page from Google search results by going here. However, keep in mind that a search engine may only remove the page if it proves to hold sensitive personal information, is sexually explicit or is in response to a legal request, such as copyright infringement. If it’s just your old Spring Break photos, you’re probably out of luck.

In that case, your best defense is to strategically focus on rebuilding your online image.

Read More: Recruiters Confess: 6 Social Media No-Nos That Can Knock You Out of the Running

Step 5: Reinvent Your Online Self

It only takes a moment to post a potentially career-threatening faux pas on social media—and far longer to create a positive and professional online image. But there are ways to expedite the process. “Our mantra is to take up as much search engine ‘real estate’ as possible,” says Fish. “Creating [business] social accounts across multiple platforms will be in your best interest—but you can also take it a step further.”

First, create a simple website for yourself. Try to reserve a domain name that’s as close to your name as possible, suggests Fish. The site may only house your resume at first, but it’s a step toward building a professional brand online. Online portfolio sites like flavors.me or About.me are also good places to start, suggests Siciliano.

Then, create professional-only social media accounts. Link to them from the homepage of your new site. “Facebook, Twitter, LinkedIn and Google+ seem to be given the most preferential treatment on Google these days,” says Fish. “Keeping your posts intelligent on those platforms gives you the best chance to succeed. Once you start to get a bit of a following, your website and connected social media accounts should gradually begin to appear on page one of Google when someone searches your name.”