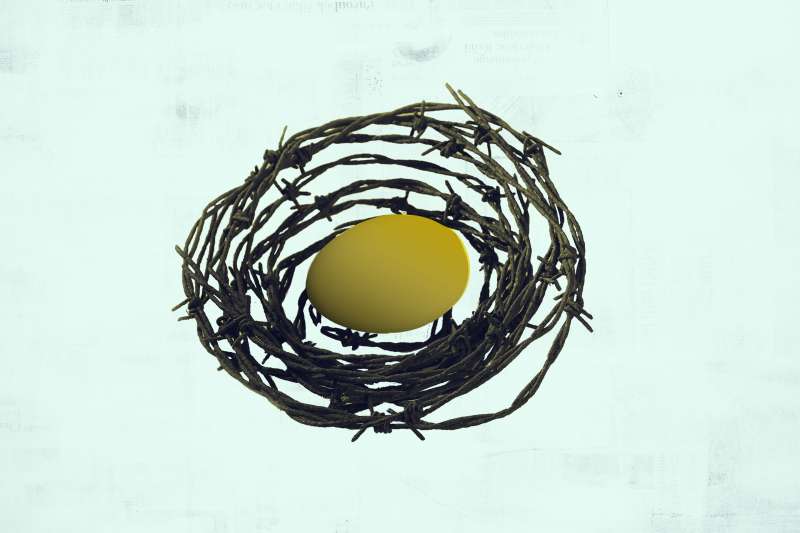 Bankruptcy among older Americans is on the rise, and some of those who ultimately file sacrifice their retirement savings in the process.

This is a mistake, experts say, because funds in your 401(k) are protected in bankruptcy by federal law. So even if most of your assets are seized to repay your creditors, your retirement account is considered exempt and can’t be touched.

Yet those struggling with debt often tap their 401(k) to pay it down, in an effort to honor their obligations and to stave off bankruptcy and the resulting blow to their credit.

“Most folks do not want to file for bankruptcy and they try everything they can to avoid it,” says John Colwell, bankruptcy attorney and president of the National Association of Consumer Bankruptcy Attorneys. “They pay down the debt in this way [using their 401(k)], and then the debt mounts again, and filing for bankruptcy becomes the inevitable option.”

The number of people 65 and older who have filed for bankruptcy has tripled since 1991. Rising health care and higher education costs, the decline of pensions and stagnant salaries have all contributed to Americans’ lack of retirement savings, putting them at a greater risk for bankruptcy in older age than previous generations.

People who drain their retirement savings before they file for bankruptcy protection wind up in a particularly tough spot — they get a black mark on their credit reports, and they have no savings cushion to fall back on. It’s especially hard for retirees to rebuild their financial lives, since factors such as age discrimination, poor health and family caregiving responsibilities can make it hard for them to re-enter the job market.

The exemption of 401(k)s in bankruptcy is rooted in ERISA (the Employee Retirement Income Security Act of 1974), a federal law that sets minimum standards of protection for individuals who voluntarily contribute to retirement accounts and healthcare plans in the private sector.

“The special thing about a 401(k) is that it isn’t considered property of the [bankruptcy] estate,” Colwell says. “It floats across the top of the bankruptcy.”

But if you transfer any or all of your 401(k) out your employer-sponsored account and into your regular checking or savings account, that money is no longer protected. This is a common mistake, and it’s another reason to keep your hands off your 401(k) savings, says Michele Clark, a certified financial planner at Clark Hourly Financial Planning and Investment Management, based in the Chesterfield, Mo., area.

“You don’t want to use your 401(k) or IRA money to pay any debt that can be discharged in a bankruptcy,” Clark says. Dischargeable debt includes credit card debt and medical debt. “If it can be discharged in a bankruptcy, the government is acknowledging that it is ok to save that money for the future. You’re being encouraged to hit the reset button and protect that money for the future.”

Not only do you lose your retirement savings when you tap your 401(k) to pay down debt, but you also incur penalties if you’re under age 59½. Outside of certain limited circumstances, the IRS imposes a 10% early-withdrawal penalty on funds in a traditional 401(k) withdrawn before that age, on top of the ordinary income taxes that you owe on the money you take out.

The special protected status of retirement savings means you should think twice about using that money for other purposes as well. If you drain your 401(k) to start a business, and the business fails, then you may have edged closer to bankruptcy and lost the savings that could help cushion the loss.

Individual Retirement Accounts (IRAs) are protected by federal law in bankruptcy as well, with a caveat: a handful of states have adopted different standards, so make sure you know whether yours is one of the exceptions. For example, Mississippi is one of a couple states that doesn’t exempt Roth IRAs in bankruptcy. (Inherited IRAs are treated differently and are not protected in bankruptcy under federal law.)

Leaving your 401(k) or IRA alone and keeping it protected in a retirement account is essential to your financial health. That money is there for you to retire on, not to pay off debts, says Colwell: “Do not liquidate your 401(k). It is just the worst thing you could do.”