The Ultimate Guide to Networking During Your Senior Year 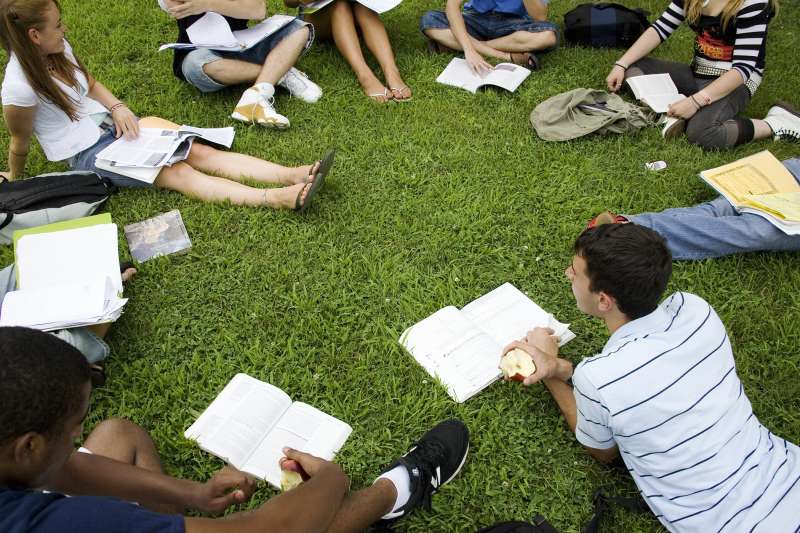 Senior year of college isn’t just about playing a few last Frisbee games on the quad or finishing up classes in your major. Networking with alumni and professionals in fields where your career interests lie should be a key part of how you spend your final year on campus.

As you gear up for your job hunt, setting up informational interviews with alumni or going to networking events will give you access to opportunities you wouldn’t have encountered otherwise. Think of networking as having relaxed conversations about your career path—and focusing on the value those conversations will bring you in the future, says James Jeffries, director of career development at Bard College at Simon’s Rock in Great Barrington, Massachusetts.

“All you’re doing in networking as an activity is going out and trying to produce relationships that have all kinds of great benefits to you,” Jeffries says.

These three steps will help you become a networking superstar. And when you graduate, you’ll be in celebration mode—not scrambling to find a job.

Step 1: Master the art of the informational interview

If meeting people at networking events makes you nervous, start by reaching out to alumni on LinkedIn or over email. When you write to a new connection, the goal is to set up an informational interview: a phone call or coffee meeting during which you can ask your contact how she found success in her field and what advice she’d give to a new grad looking to break into it.

Jeffries suggests sending 10 such emails a week when you’re a senior, as you may not get a response from everyone you contact. The more people you reach out to, the better the odds you’ll develop a robust network of professionals who know you’re about to hit the job market. But during that initial meeting, you should aim to learn from your connection, not ask outright for a job, Jeffries says.

“The first thing that you’re seeking is advice, and then if that goes well, your contact will have you in mind for opportunities,” he says. “You will let people know that you’re looking even if you don’t ask them for a job.”

Once you develop a good rapport with an alum who has a job you’re particularly interested in, consider ways you can learn about the field or company beyond the informational interview.

“You can suggest things like a job shadow experience or an externship during winter break,” Jeffries says.

Step 2: Get yourself noticed at networking events

In-person networking can happen anywhere. During your senior year, you could meet potential colleagues or employers at job fairs, on-campus alumni events, conferences or information tables set up by employers in your student union. You can even network when you’re ordering coffee or having your car repaired if you start talking with a fellow customer who turns out to have a career that interests you.

What separates networking from simply having a conversation? Not much, except that you’re focused specifically on career topics, and you’ll want to have a succinct way to explain who you are, what you do and what you want to do in the future.

Whether you’re about to go to a networking event or you’re prepping for a full-throttle job hunt, create a short personal narrative you can call on, says Toni McLawhorn, director of career services at Roanoke College in Salem, Virginia.

“Have a good 30-second elevator speech prepared,” she says. “Not just regurgitating what’s on your resume, but ‘What makes me tick? What am I interested in?’”

Since your time as a college student is waning, take advantage of every opportunity to make new contacts. That could mean extending your reach to networking events at neighboring schools, McLawhorn says. If you’re a marketing major and you see a great marketing alumni mixer at a nearby college, call and ask if students from other colleges can join.

Once you’re at an event, give yourself a goal: Introduce yourself to five new people, for instance, or take home 10 business cards. If you’re going with friends, separate yourself from the group so you’re more open to meeting new people. McLawhorn says that’s one of her tactics when she goes to conferences.

“I will make myself find a table for lunch, for example, where I know less than half the people sitting there.”

Following up after you meet someone or receive good advice from him or her, whether it was online or in person, is a crucial part of networking. A well-written thank-you email shows you’re mature, gracious and professional. It’s also a way, of course, to recognize that your contacts are busy and that you’re grateful they shared their expertise with you.

“Even taking the time to answer a handful of questions is significant enough to warrant a serious, thoughtful thank you,” Jeffries says. You can also take the extra step of letting your contact know you’re available if assistance is ever needed, though it may not seem likely you’ll be asked.

“That can even apply to networking with people who are much more professionally developed than students,” he says. The line in your email can be as simple as “Please let me know if there’s anything I can do for you.” Consider sending a written note if your connection has gone out of his or her way to support you, perhaps by putting you in touch with a colleague or giving you feedback on your resume.

If all this sounds overwhelming, remember that by networking effectively, you’re already ahead of the game. More people will keep you in mind for job openings at their companies, and you’ll improve your ever-important communication skills. Plus, you’ll stand out from fellow students who aren’t taking the initiative to make connections before they graduate.

“So few students are doing this well that the bar is actually quite low,” Jeffries says. “Often it’s just showing up.”