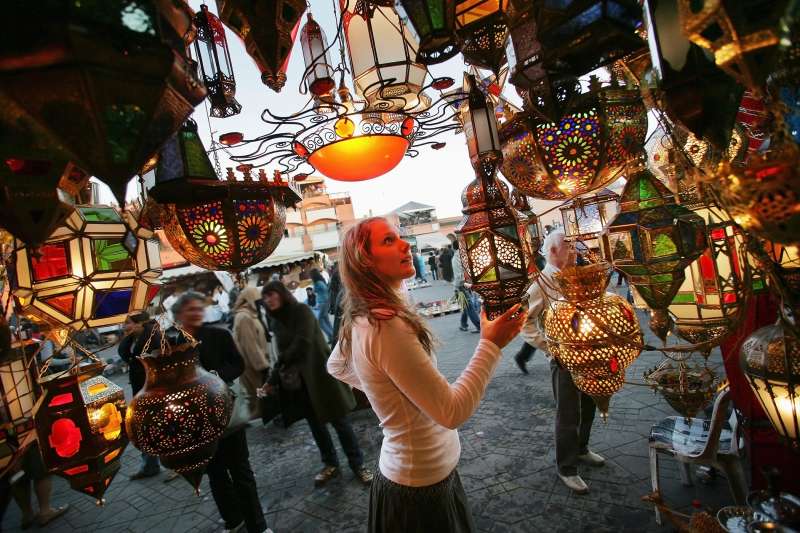 A woman browsing for Moroccan lanterns in a market stall in The Souk.
Timothy Allen—Getty Images

Taking time out of work to travel can be seen as a risk. While everyone else is climbing up the career ladder, you might feel you’ll get left behind if you spend a few months or even years seeing the world.

However, according to new research from the hostel booking site Hostelworld, gaining worldly experience might actually make you more employable. (Need some inspiration? See Money’s picks for 7 Amazing International Vacations That Won’t Cost a Fortune.)

1,000 people from each of eight different countries — the UK, France, Spain, Germany, Italy, Portugal, Brazil and South Korea — were asked to complete an online survey.

For those in charge of employing others, they were asked whether or not their hiring decisions were based on candidates’ current employment, and they were all asked whether they believed travelling made candidates more employable, as well as the reasons why. In the survey, “travelling” was defined as being in another location for at least one month.

The results showed that nearly two thirds of UK adults (64%) believed that travelling the world made you more employable. The figure was even higher among employers, at 82%.

38% of people surveyed thought travel boosts confidence, 37% believed it increased people skills, and 35% said it helps you adapt to new situations well. Other reasons cited were improved communication skills (31%), providing a more global view (20%), and teaching you to be better with money (19%).

Out of the people who had travelled themselves, 62% said their experiences helped them understand what they wanted to do with their life. 61% said they did work abroad that looked good on their CV, and 46% made connections while travelling who helped them get their foot in the door at companies.

The study also suggested that people who travel tend to be more entrepreneurial. 34% of people who had explored the world were self-employed compared to 14% of those who hadn’t.

Out of those who haven’t taken any time out to travel, 37% went straight into work, 50% thought they couldn’t afford it, and 29% regret it. This feeling doesn’t seem to disappear either, with nearly a third of UK adults considering going travelling overall. This number rises to 58% of those aged 18 to 24.

“We know that for some people employment can be a barrier to travel — whether it be young adults wanting to get on the career ladder, or those further down the line with mortgages to pay — but our research shows that this doesn’t have to be the case.” said Feargal Mooney, Chief Executive Officer at Hostelworld.

“Travelling is one of the most rewarding experiences a person can have, and those who ignore the desire to see the world often regret it… Whatever stage of life you’re in, there’s really no excuse not to get out there and meet the world.”

According to figures from the Higher Education Statistics Agency, 73% of students graduated with at least a 2:1 degree last year. That’s out of over 1.5 million students who enrolled for their first degrees in 2016, so it’s getting harder and harder for graduates to make sure they are noticed by employers.

“Thousands of young adults will be graduating this summer and thinking about their next steps in life — but with growing competition in the jobs market, candidates are finding it harder and harder to stand out,” Mooney said.

“Travelling not only allows people the space and time to think about what they want to do with their lives and ignite their passions, but also provides you with invaluable skills including increased confidence that will help you to stand out from the crowd.”