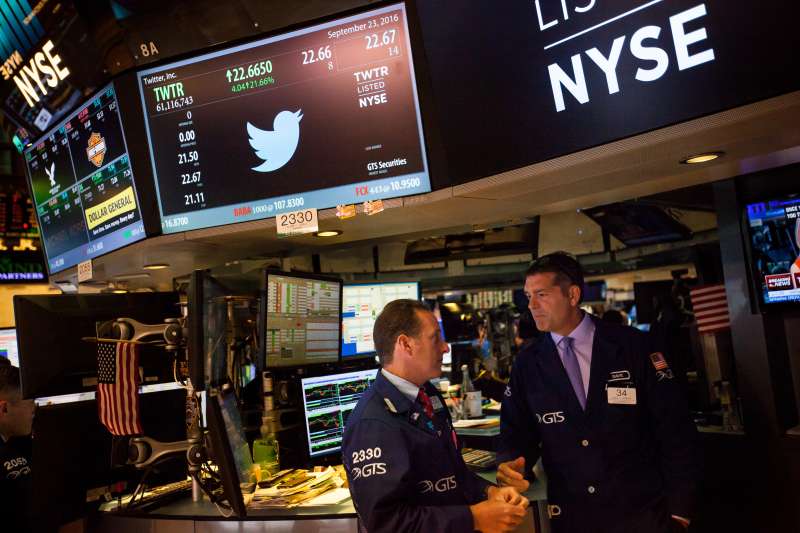 Twitter’s shares plunged more than 19% in early trading on Thursday after technology website Recode reported that Alphabet’s Google does not “currently” plan to make a bid for the company.

Walt Disney has also decided not to move forward with a bid, while Apple is unlikely to be a suitor, Recode reported on Wednesday, citing sources.

That leaves Salesforce.com as the only potential buyer, Recode said, although the cloud-software maker has not confirmed publicly that it wants to make a bid.

Salesforce Chief Executive Marc Benioff told CNBC on Wednesday that Twitter was “an exciting product, but obviously the business has a lot of challenges.”

The company, run by Jack Dorsey, has struggled to generate revenue growth and profit despite having about 313 million average monthly active users.

Twitter has told potential acquirers it wants to conclude negotiations about selling itself by the time it reports third-quarter earnings on Oct. 27, Reuters reported on Wednesday.

Up to Wednesday’s close, Twitter’s stock had risen by about a third since reports emerged in September that the company was in talks with Salesforce.