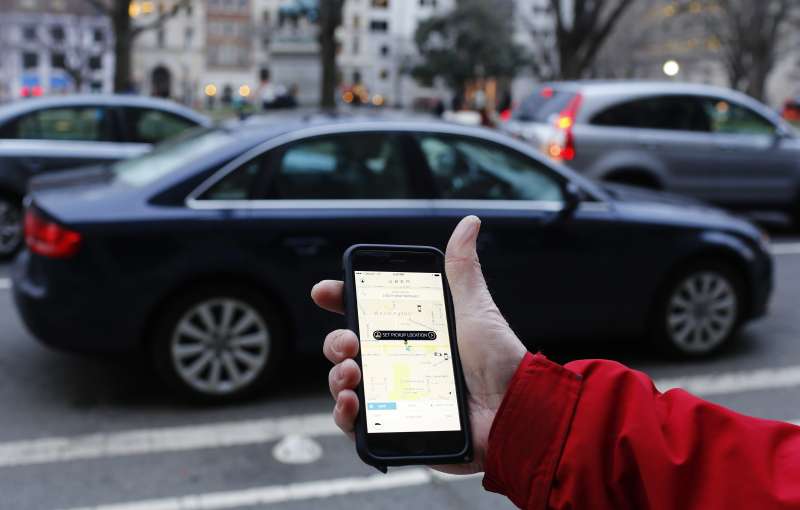 An UBER application is shown as cars drive by in Washington, DC on March 25, 2015.
ANDREW CABALLERO-REYNOLDS—AFP/Getty Images

Uber drivers in six major U.S. cities would receive paid holidays and health care benefits worth an average of $5,500 a year, plus thousands more in mileage reimbursement, if the company provided them with the same benefits as its full-time employees, according to a new NerdWallet study.

The California Labor Commissioner’s Office ruled in June that Barbara Berwick, who worked as an Uber driver for just under two months, was an employee of the company rather than a contractor. The ruling ordered Uber to reimburse Berwick $3,878 for mileage and tolls plus $274 in interest.

Similarly, the Florida Department of Economic Opportunity decided in May that former Uber driver Darrin McGillis had been an employee, entitling him to unemployment benefits, according to a report in the Miami Herald.

While both decisions apply to the individuals involved only and Uber is appealing, if upheld, drivers across the nation could be motivated to seek status as full-time Uber employees.

The decisions related specifically to expenses and unemployment insurance. Drivers stand to gain even more if Uber recognizes them as full-time employees. Based on what Uber offers employees, drivers might expect:

Uber already provides auto insurance for drivers when they are carrying passengers or are available for trips, but drivers still need to buy coverage for personal use of their cars.

In a report released in January, Uber said that 14% of its over 160,000 drivers in the U.S. worked at least 35 hours a week. Uber said drivers working full-time earned an average of $17.56 an hour nationwide. Figuring an eight-hour workday, the average hourly wage adds up to $1,264.32 for the nine paid holidays each year if the drivers were full-time employees.

Based on the hourly wage reported by Uber in each city, we calculated the total amount drivers could gain if they were paid for the nine holidays in six places.

NerdWallet looked at average annual health care expenditures in each city to evaluate what this benefit could mean for drivers. Based on our analysis, here’s the value of health care that drivers could expect to get each year from Uber if they become full-time employees:

Reimbursement of car-related expenses has the potential to be the biggest benefit. Berwick, the California driver, put in 6,468 miles for Uber in just under two months, according to the decision, which ordered Uber to reimburse her at the IRS rate, currently at 57.5 cents a mile. Berwick’s driving, extrapolated to a full year, would add up to 38,808 miles, meaning $22,315 in reimbursement.

The reimbursement rate is intended to cover the expenses of driving, including gas, oil, insurance, repairs, tires, maintenance and depreciation. AAA estimates the actual cost per mile for a small sedan is 58.2 cents for drivers who put on 10,000 miles per year, 44.9 cents at 15,000 miles a year and 38 cents for 20,000 miles a year.

Berwick won mileage reimbursement because California requires companies to provide it to employees. While there’s no federal requirement, NerdWallet assumed for the purposes of this study that Uber would provide reimbursement at the IRS rate in other states because the company is based in California.

Read next: Uber Reveals How Much Its Drivers Really Earn…Sort Of

Uber provides liability and uninsured motorist coverage while drivers are on a trip for the company. When drivers are available for trips, Uber provides lesser protection that applies when personal insurance doesn’t cover an accident. But drivers still need to buy policies for personal use of their vehicles. With that in mind, here are average annual car insurance rates for each of the six cities:

NerdWallet assumed for the purposes of this study that Uber would provide drivers with the same benefits as it gives current full-time employees, including nine paid holidays; fully paid medical, dental and vision plans; and mileage reimbursement at the IRS rate.

We calculated holiday compensation using Uber data on average hourly earnings of drivers who worked a full-time schedule. We estimated the value of the health care package using Bureau of Labor Statistics data on per capita health expenditures. We compared the IRS reimbursement rate for mileage with AAA’s reported cost per mile for a small sedan driven over 20,000 miles a year.

Average annual car insurance rates for each location are from NerdWallet.