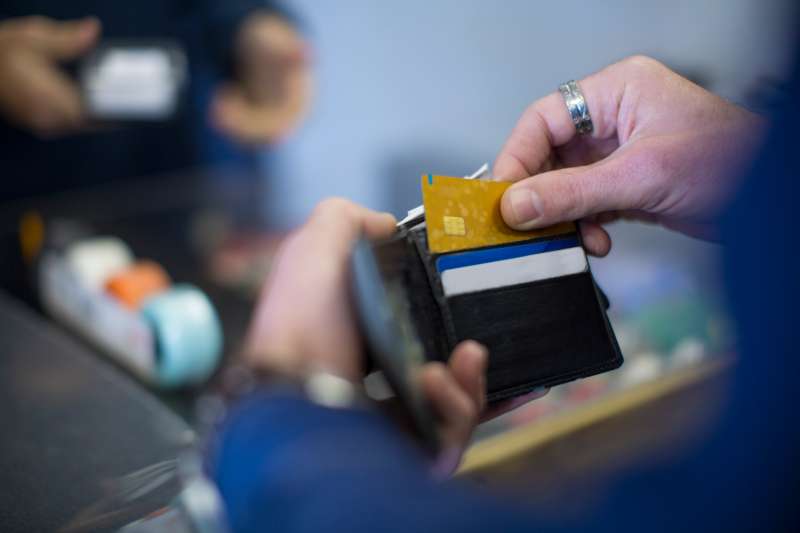 With so many banks and types of accounts to choose from, it’s no wonder many Americans don’t know how to select the best bank option for them.

GOBankingRates surveyed over 1,000 people to find out more about American banking habits and preferences and found that many people don’t understand the differences between account types — and are wasting too much money on unnecessary banking fees. Instead, that money could be earning interest in a high-yield savings account with the best banks of 2019.

Bank Fees Can Snowball Into Thousands in Lost Savings

Many banks charge different types of bank fees for things such as withdrawals from out-of-network ATMs, overdrafts and not maintaining a minimum balance. GOBankingRates’ survey found that the average American pays $7 in banking fees every month — and although that number seems small, it can really add up.

If you put that $7 each month into a savings account with a 0.09% APY, which is the national average, that would add up to an additional $91 in savings each year. Over a lifetime, that would amount to $5,274 if that money had been deposited into an average savings account, or a staggering $10,221 with a high-yield savings account, such as the one offered by Bank5 Connect — one of the nominees for GOBankingRates’ Best Savings Account of 2019 — which has a 2.05% APY.

Americans were asked what features or perks would entice them to open a new bank account, and the top response was good rates, with 38 percent selecting this option. However, many Americans don’t actually know how to choose an account with high rates.

So which accounts typically offer the best savings rates? CD accounts (both regular and jumbo) and high-yield savings accounts.

Additionally, many Americans don’t know the difference between APR and APY. Thirty-six percent of Americans surveyed said they would choose a bank account with a 1.25% APR, and only 24 percent said they would choose an account with a 1.25% APY, when given the choice between these accounts and ones with 0.10% APR, 0.10% APY, 1.00% APY, 1.01% APR or 1.01% APY.

Younger Generations Are Savvier With Their Banking Habits

The GOBankingRates survey asked Americans to identify which of the following statements are true about online banks:

Respondents were instructed to select all that apply — the correct answers were “online banks have higher savings rates than brick-and-mortar banks” and “you can withdraw money from an online bank account.”

Women Lag Behind Men in Their Understanding of Savings Rates

Male respondents also appear to have a better understanding of APR vs. APY, with 28 percent of men opting for an account with a 1.25% APY — the highest savings rate of the account options offered — and only 20 percent of women choosing the correct answer.

How to Execute the Best Banking Strategy in 2019

Most people across age groups have the same savings goal for 2019 — except for Generation Z. Respondents ages 25 and older are mostly aiming to save more money for emergencies, whereas members of Gen Z want to save more money in their regular savings accounts.

Step Out of Your Comfort Zone to Secure the Best Rates

Older generations tend to prefer banking in person at a physical branch or ATM — 78 percent of older baby boomers have a deposit account with a traditional brick-and-mortar bank. However, to secure the best rates, Americans of all ages might be better off putting their money in online banks, which tend to offer customers higher interest rates thanks to lower overhead costs.

Despite their reticence to move to a fully online bank, older Gen Xers and older baby boomers have already embraced mobile banking: 81 percent of respondents ages 45 to 54 as well as 80 percent of respondents ages 65 and older said they wouldn’t open a new bank account with a bank that doesn’t have a mobile app. So, taking the leap to an online bank might not be too far off for these generations.

Avoid Bank Fees at All Costs — They Really Add Up

Whether your goal is to save more for emergencies or to cushion your regular savings account, avoiding bank fees should be part of your savings strategy. Some easy ways to avoid paying costly banking fees include opening a no-fee account, sticking to your bank or credit union’s ATMs for withdrawals, maintaining your minimum balance, signing up for e-statements to avoid a paper statement fee and setting up a direct deposit.

If you want to make the most of your money, check out the finalists in GOBankingRates’ Best Banks of 2019.

This article originally appeared on GoBankingRates.com.