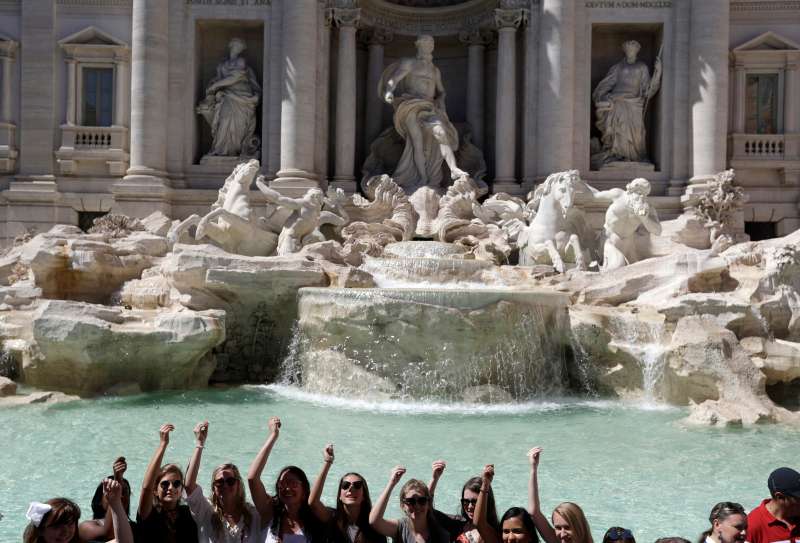 It’s no novel idea to toss a coin into a fountain and make a wish, but there’s something particularly romantic about doing so at the Trevi Fountain in Rome.

The legend comes from the 1950s Academy Award-winning film “Three Coins in the Fountain”: Throw a coin into the famed Fontana di Trevi, regarded as the most beautiful Baroque fountain in all of Italy, and you’ll one day return to visit Rome.

Toss in two more coins and you’ll be met with new romance and, eventually, a beautiful Roman wedding.

It may seem a silly tourist attraction, but millions of visitors flock to the 18th-century landmark each year to partake in the tradition. In fact, the fountain fills up so quickly that Rome’s city workers sweep its floor every night to collect the day’s loot.

Throughout 2016 they collected $1.5 million, according to NBC News, money that has long been sent to Caritas, a Catholic nonprofit that supports causes around the world related to health, disaster relief, poverty, and migration.

Keep reading to learn more about the fountain’s history, how the coins are collected, and what the money is used for.