Wall Street in 2016: What Could Possibly Go Wrong? 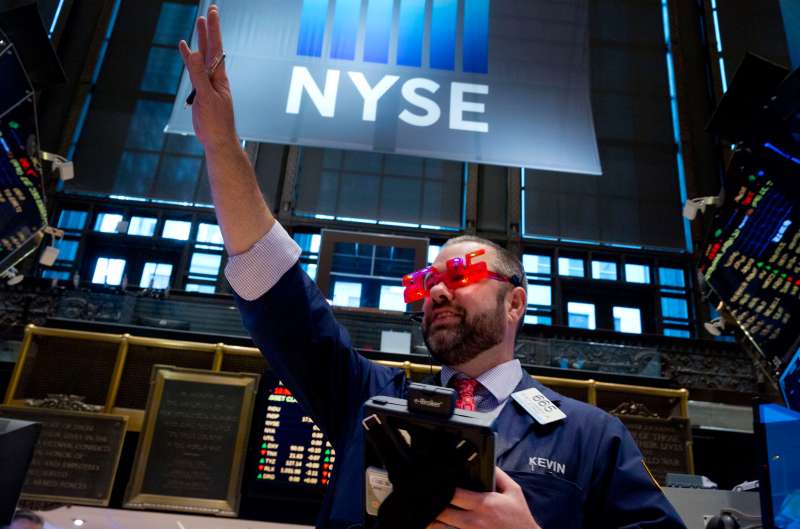 The Federal Reserve’s recent rate hike signals confidence in the economy and presidential election years typically reward investors. Most experts are predicting a seventh year for the current bull market, with strategists in a recent poll expecting the Standard & Poor’s 500 stock index to end 2016 at about 2,207, roughly 8% higher than it is now.

But a lot could go wrong. The same strategists have cataloged a long list of worries – everything from a destabilizing U.S. election to a meltdown far away – that could hit stocks hard.

Here is their laundry list of concerns. For those who’d rather stay optimistic, remember the old chestnut: Wall Street climbs a wall of worry.

Most of the 30 strategists polled by Reuters cited weak earnings as their prominent concern. With S&P earnings growth projected to be flat in 2015, stocks already are pricey. The market is trading at roughly 19.3 times trailing earnings, well above its 15 average. Any stumble in earnings would make stocks even pricier.

Thomson Reuters analysts now expect revenue to grow 3.9% in 2016, meaning any increases in costs could keep earnings flat for a second year in a row.

“If labor costs start moving up a bit and interest expense is moving up … it’s going to be hard to keep margins up,” said Bob Doll, chief equity strategist at Nuveen Asset Management in Princeton, New Jersey.

The dollar, up 8.4% against a basket of currencies in 2015, is expected to see further gains next year as the United States hikes rates while other countries continue easy money policies.

That could further pressure sales of U.S. companies with heavy international exposure because it makes U.S. goods more expensive overseas.

Read Next: 5 Things to Know Before You See The Big Short

“If we have a similar movement to last year, then we’re going to have roughly a $28-billion hit to corporate America,” said Wolfgang Koester, chief executive of currency risk consulting firm FireApps. He said he expects the dollar to shave 3 to 4 cents from first-quarter earnings of U.S. companies with foreign exposure.

The public could elect a fringe candidate

But strategists wonder if 2016 might be one of the exceptions to the trend, with outliers like Donald Trump and Bernie Sanders running this year.

“The more extreme the candidate, the less well-received the candidate typically is by the stock market,” said Kristina Hooper, U.S. investment strategist at Allianz Global Investors. She said she expected election activity throughout the year to contribute to market volatility.

The Fed could get aggressive

The stock market rallied on Dec. 16 when the U.S. Federal Reserve announced its first rate hike along with strong hints that it would move slowly on future increases.

But if the central bank continues to raise rates without seeing higher inflation or an earnings pick-up, that could dent stocks. “Rate hikes should be a consistent worry,” said Tim Ghriskey, chief investment officer of Solaris Group in Bedford Hills, New York.

As rates rise, stocks could become less attractive compared with other asset classes like bonds.

The continuing decline in oil prices, which has hurt energy companies and the banks and investors that lend to them, has some investors spooked.

“The commodity picture could get out of control to the downside,” said John Manley, chief equity strategist at Wells Fargo Funds Management.

U.S. crude is now about $37 a barrel, down more than 65% since June 2014. Should the prices of oil and other commodities fail to firm, the risk is of spreading deflation, as declining earnings in those sectors spread to financial firms, suppliers and more, said Manley.

The consumer could bail

Even with gasoline under $2 a gallon, consumers have resisted spending sprees and higher interest rates may entice them to tilt even more towards saving.

China lands hard; other countries don’t do much better

In August, Chinese stocks fell and the U.S. market swooned in response. With the outlook for the world’s second-largest economy still weak, investors worry that it could hurt demand for commodities, currency balances and more. Furthermore, weakness in China could ripple across the globe, hitting emerging markets and the United States as well.

Something big and terrible could happen

At least nine of the strategists polled listed terrorism or Middle East instability among their biggest concerns for the stock market in 2016.

“The obvious risk is some sort of geopolitical event that freezes up travel and trade. It could happen,” said Steve Auth, chief investment officer for equities at Federated Investors. Consumers, too, could be kept at home by any public events perceived as terrorist in nature.

While free-falling oil has proven bad for stocks, the reverse would not necessarily help. A systemic crisis in the Middle East could easily spike oil prices, raising costs for consumers and businesses.

Not dark enough? Manley of Wells Fargo says he worries about “the risk that the vital spirit has gone out of the world’s economy.”

He said, “The deepest darkest fear I have is that we didn’t really fix it six years ago, we just delayed it for a while. And rather than being sunk by a gash we are being sunk by a slow leak. It’s not what I think, but it is what I worry about.”