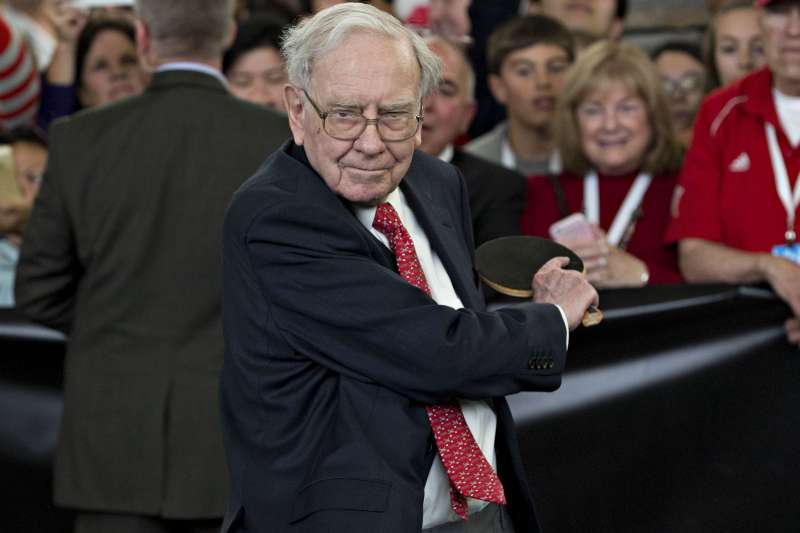 Don’t come for Warren Buffett if you can’t back it up.

Buffett, who supports Clinton, released information on his taxes, reporting adjusted gross income of $11.6 million in 2015, and deductions of $5.5 million. He notes he donated over $2.858 billion in 2015, of which just $3.5 million were allowable deductions.

Read Next: Why Even Conservative Republicans Say Donald Trump Must Release His Tax Returns

Buffett and Trump have sparred over tax returns for months. According to documents obtained by the New York Times, Trump may not have paid federal income tax for the past 20 years due to loopholes he supposedly does not support. It’s impossible to know for sure how much Trump has actually paid, because unlike every presidential nominee since 1976, he will not release his tax returns.

Excuses for why this is have varied. Trump claims he is under audit and so cannot—Buffett notes he too is under audit but would gladly release them—while the candidate’s son, Eric, says people just wouldn’t understand the documents.

“I have no problem in releasing my tax information while under audit. Neither would Mr. Trump –- at least he would have no legal problem,” Buffett writes.

Interestingly, Buffett’s statement includes that he paid $7 in income tax in 1944, when he was 13. It’s possible that that $7 is more than Trump has paid in almost two decades.