By Dave Koppenheffer / The Motley Fool 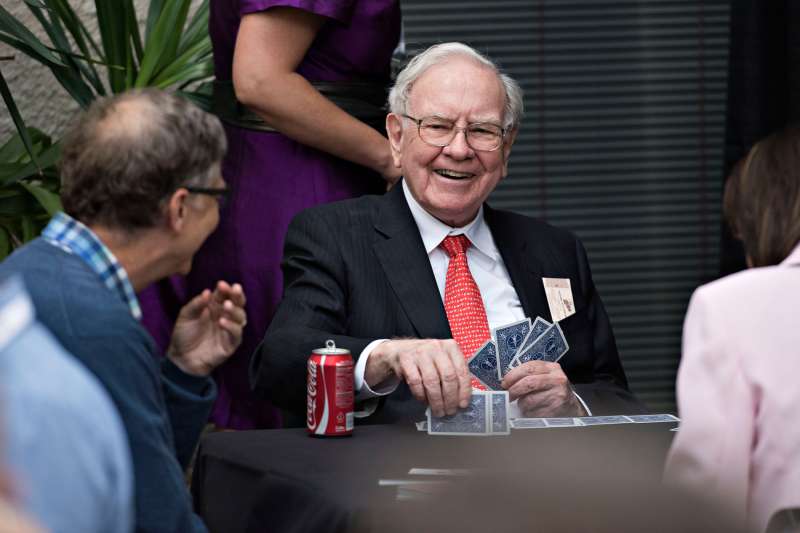 My trip to Omaha this past weekend meant only one thing, a chance to listen and learn from two of the greatest investors of all time: Warren Buffett and his second in command, Charlie Munger.

Over five hours, the two fielded questions from shareholders on matters ranging from the state of Berkshire Hathaway to the German economy. But one question really grabbed my attention: What has allowed you to become such a successful investor?

In response, Buffett cited the five most important factors that contributed to his success.

Practice makes perfect, and the simple truth is that you’re more likely to practice what you love. As Buffett said, he has always been interested in investing — in fact, he bought his first stock at age 11.

The enthusiasm Buffett brings to the company’s annual meeting, and his obvious joy in educating others, makes it clear that 73 years later he still has great passion for investing.

Buffett’s investment philosophy has developed over time, but one major brushstroke hasn’t, and it is a Graham adage he shared in his 2013 letter to shareholders: “Price is what you pay, value is what you get.”

We can’t all go to Columbia, but we do have access to books written about or by legendary investors, and the opportunity to seek out intelligent people to learn from.

3. “It requires a certain emotional stability.”

Buffett and Munger are extraordinarily rational. They understand prices will rise and fall, and view falling stock prices as an opportunity to buy great businesses for less.

Theoretically, this isn’t difficult to grasp. If the same thing can be purchased at a lower cost, it’s a better deal. Yet when the stock market tumbles, it can be difficult not to panic and sell out.

Munger suggested we should all “avoid being a perfect idiot” in such situations. Which is about the best advice anyone can receive.

In a 2013 article by the Omaha World-Herald, Berkshire investment manager Todd Combs remembered Buffett coming into one of his classes at Columbia. Buffett was asked how the students could prepare for a career in investing. He grabbed a stack of pages of reports and other documents, and replied:

If the reading alone doesn’t prove Buffett’s focus, he suggested in his 1993 letter to shareholders, “Indeed, we’ll now settle for one good idea a year.” One big idea and 182,500 pages of reading per year. That’s focus.

5. “Keep yourself open to good accidents.”

Buffett was asked if he went back in time, could he recreate Berkshire Hathaway? He replied that the “odds are against it.” Mainly, he suggested, because he had experienced much good luck.

For instance, despite both growing up in Omaha, Buffett and Munger were introduced through a mutual contact when Buffett was in his late 20s and Munger in his mid-30s. Flash-forward more than 50 years, and in his 2014 letter to shareholders, Buffett credited Munger as the architect of Berkshire Hathaway: “The blueprint he gave me was simple: Forget what you know about buying fair businesses at wonderful prices; instead, buy wonderful businesses at fair prices.”

The two men’s introduction might have been fortuitous, but turning a meeting into a lifelong partnership is the ultimate example of being “open to good accidents.”

Bonus: “made some of that luck by being curious” — Charlie Munger

Buffett noted that he was also lucky to have accidentally met Lorimer Davidson in 1951. Davidson, who was named CEO of GEICO in 1958, spent four hours educating Buffett on the insurance industry during their chance meeting.

What Buffett did not mention was that his curiosity about GEICO encouraged him to hop on a train from Washington, D.C. to Maryland and visit the company. It was closed. Unfazed, Buffett pounded on the door until the custodian showed up and pointed him toward Davidson. After the meeting, Buffett began buying shares of GEICO and eventually purchased the company in 1995.

As Munger explained, he and Buffett are “dissatisfied with what they know,” and their curiosity forces them to continue learning and adapting. This has helped them — and can help you — create some of their own luck.