Why History Will Forget Warren Buffett--But Investors Never Will

By John Maxfield / The Motley Fool 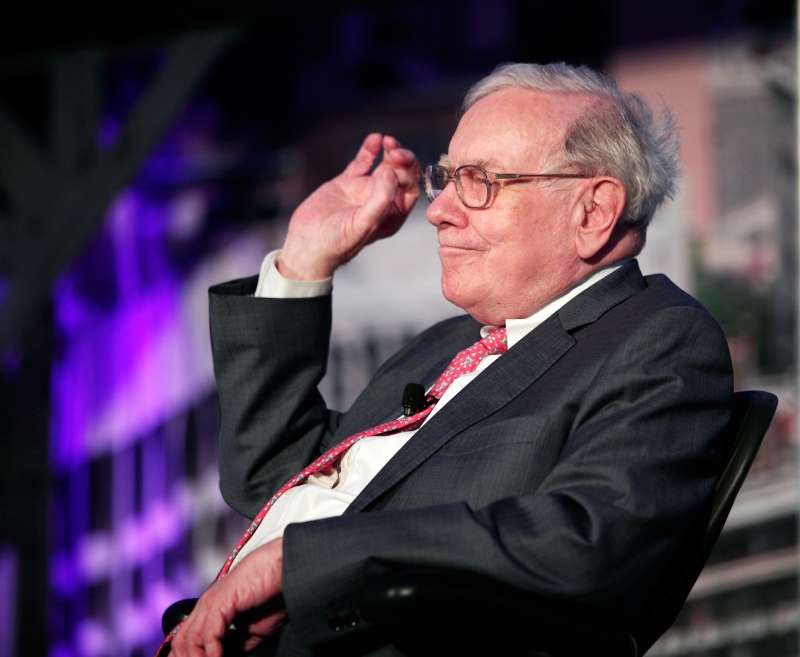 How will historians write about Warren Buffett 100 years from now? Will they treat him like the magnificent Commodore Cornelius Vanderbilt? Or will the 84-year-old multibillionaire play a more muted role in history books, akin to the venerated Gilded Age stock operator Henry Clews? I believe it will be the latter. While Buffett’s shareholder letters secure his place in the minds of curious future investors, his unique role in American finance, coupled with the fate of his fortune, seems to ensure a subdued legacy.

Buffett’s contribution is hard to define

It would be silly to argue that Buffett isn’t one of the most accomplished Americans alive today. He transformed an ailing textile company into a vast conglomerate holding dozens of profitable subsidiaries. His investment returns over half a century are second to none. He taught millions of people how to invest in a prudent yet lucrative manner. And he acted as a savior during the worst economic downturn since the Great Depression, injecting billions of dollars into ailing businesses during the financial crisis of 2008-2009.

But unlike the great business moguls of America’s past, Buffett didn’t invent a product or process that will live on in perpetuity. Vanderbilt gave us steamship lines, the New York Central Railroad, and New York City’s Grand Central Station. Carnegie industrialized steel, paving the way for skyscrapers and the Golden Gate Bridge. Ford popularized mass production and democratized the automobile. Even J. P. Morgan, while playing a similar role to Buffett’s, put America’s financial sector on the map by supplanting the Rothschilds and Baring brothers at the summit of global finance.

By comparison, Buffett’s contribution is more elusive. As William Thorndike points out in The Outsiders: Eight Unconventional CEOs and Their Radically Rational Blueprint for Success, Buffett’s innovation consisted of using insurance float to fund a corporate conglomerate. It was brilliant, and others have since copied this approach — most notably, hedge fund manager David Einhorn and the team at Markel Corporation — but outside of finance, Buffett’s innovative use of float is difficult for the average person to grasp and all but impossible to copy.

Forgoing dynasty and monuments to wealth

Buffett also decided nearly a decade ago to donate the lions’ share of his now $71 billion fortune to philanthropic organizations. He explained at the time that neither he nor his late wife Susan Buffett ever wanted to give their children dynastic wealth. “Our kids are great,” Buffett told Fortune’s Carol Loomis. “But I would argue that when your kids have all the advantages anyway, in terms of how they grow up and the opportunities they have for education, including what they learn at home — I would say it’s neither right nor rational to be flooding them with money.”

This decision puts Buffett in rarefied company. It elicits comparisons to Carnegie, who, at the age of 65, sold his empire to a J. P. Morgan-controlled trust, known today as U.S. Steel, and spent the rest of his life giving away his fortune. Or to Alfred P. Sloan, the one-time head of General Motors who, childless like Carnegie, used his fortune to endow an array of philanthropic organizations that continue to finance the arts, education, and science 50 years after his death.

But what distinguishes Buffett’s charitable giving from the likes of Carnegie’s and Sloan’s is its anonymity. The Ford family created the Ford Foundation. J. Paul Getty created the J. Paul Getty Trust. Robert Wood Johnson, a founder of Johnson & Johnson, has the Robert Wood Johnson Foundation. All of these people also have libraries, university buildings, museums, and performing arts centers that conspicuously bear their names. Meanwhile, Buffett is giving most of his wealth to the Bill and Melinda Gates Foundation.

Along these same lines, there’s little reason to believe that Buffett will leave behind grand residences or other monuments that will keep his achievements fresh in the minds of future generations. John D. Rockefeller built the Kykuit mansion. Two of Cornelius Vanderbilt’s grandsons constructed the Biltmore Estate and The Breakers. And J. P. Morgan’s library and mansion continue to occupy almost an entire city block in midtown Manhattan. Tens of thousands, if not hundreds of thousands, of tourists visit these residences every year. Yet Buffett still lives in the same five-bedroom house on Omaha’s Farnam Street that he purchased for $31,500 in 1958.

What Buffett will leave, of course, are his letters to the shareholders of Berkshire Hathaway. These overflow with pithy anecdotes and invaluable lessons about investing, and they’re written in a style that’s accessible to even novice investors. They teach us the importance of being “greedy when others are fearful and fearful when others are greedy.” They introduce the concept of a durable competitive advantage. And they drive home the point that it’s “far better to buy a wonderful company at a fair price than a fair company at a wonderful price.”

However, while Buffett’s writings are destined to live on in perpetuity, they will eventually be familiar to only a small niche of investors. The legacy of Henry Clews, the famed money manager from the Gilded Age, serves as a revealing analogy. Like Buffett, Clews was brilliant, generous with his knowledge, and conscious to communicate the lessons he learned in accessible language. And like Buffett, Clews — though to a lesser degree — was financially successful and widely respected by his peers. But even though Clews went on to write the eminently readable and instructive classic on investing 50 Years in Wall Street, few people today have heard Clews’ name, and even fewer are familiar with his writings.

All of this isn’t to say that Buffett doesn’t deserve a greater role in history books than he seems likely to get. He personifies the American dream, second only to Benjamin Franklin. He achieved phenomenal success, becoming the world’s second-richest person without compromising his integrity or losing his humility. Yet by forgoing the opportunity to create dynastic wealth, choosing instead to vest his friend Bill Gates’ organization with the lion’s share of his fortune, Buffett has all but ensured for himself a diminished role in the minds of subsequent generations.