How to Watch the Dolphins vs. Texans 'Thursday Night Football' Game Online for Free Tonight 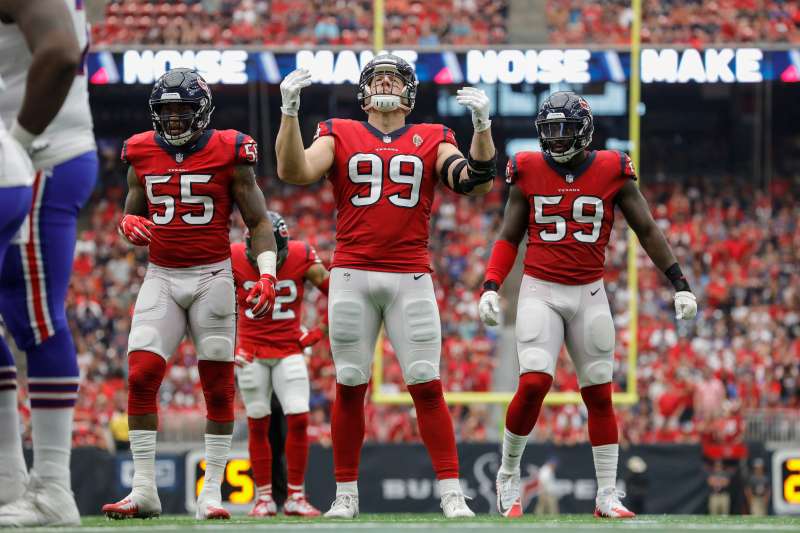 J.J. Watt #99 of the Houston Texans gets the crowd to make noise in the fourth quarter against the Buffalo Bills at NRG Stadium on October 14, 2018 in Houston, Texas.
Tim Warner—Tim Warner
Each product we feature has been independently selected and reviewed by our editorial team. If you make a purchase using the links included, we may earn commission.

Tonight’s game is being played in Houston at NRG Stadium, and the betting odds say that J.J. Watt and the Texans are 7.5-point favorites to win at home against the Dolphins.

The Dolphins vs. Texans kickoff is scheduled for 8:20 p.m. ET, and fans have multiple options to watch “Thursday Night Football” for free — online, or on TV. Here’s how to catch the game no matter if you’re sitting on your couch in front of a TV or you’re hoping to live stream the Dolphins vs. Texans on your favorite device.

What Channel Is the Dolphins vs. Texans Game on?

Most “Thursday Night Football” games in 2018, including Dolphins vs. Texans tonight, are broadcast on both Fox and the NFL Network.

If you have a basic satellite or cable TV subscription, the package probably includes broadcast networks like Fox and NBC, and perhaps the pay channel NFL Network as well. In that case, all you have to do is find your local Fox station or the NFL Network and tune in.

But even if you don’t have cable, you should still be able to watch “Thursday Night Football” for free. All you need to do is connect your TV to a digital antenna, and it will give you access to free, unlimited viewing of over-the-air networks, including Fox, CBS, PBS, and ABC. A basic digital antenna costs only about $25, so it’s a great investment if you don’t have cable (or want to cut the cord but still watch broadcast TV for free).

How to Live Stream the Dolphins vs. Texans Game for Free

The main problem is live streaming “Thursday Night Football” on one of these apps is that you can only watch the game on a phone. The apps do not allow you to live stream NFL games on a larger screen, such as a laptop, tablet, or connected TV.

How to Watch ‘Thursday Night Football’ Online for Free

Amazon Video, available strictly to Amazon Prime subscribers, also has a live stream of tonight’s Dolphins vs. Texans game. Amazon Prime members can simply log in to their account and head to Amazon Prime Video to watch the game online on any device they want.

If you’re not an Amazon Prime member and want to try it out, you could live stream “Thursday Night Football” for free during a 30-day free trial period with Prime for new subscribers. Once the free trial is over, Amazon Prime members generally pay $119 per year or $12.99 per month for the service, which comes with perks like free two-day shipping on most Amazon purchases and unlimited streaming of certain music and video content.

Finally, you could also live stream the Dolphins vs. Texans game tonight for free by way of a free trial from a streaming TV service that includes Fox in its packages. In many parts of the country, the streaming TV services Fubo TV, Hulu Live, DirecTV Now, PlayStation Vue, and YouTube TV include local broadcasts of channels like Fox, ABC, and PBS in their basic packages, alongside dozens of other channels. And they all offer free trials lasting about a week for new subscribers.

So, you could register and watch “Thursday Night Football” online for free tonight while testing out one of these services. Basic packages for these streaming services cost $40 to $45 per month, after the free trial period is over.

If you don’t want to become a paying subscriber for whatever reason, remember to cancel before the trial period ends.