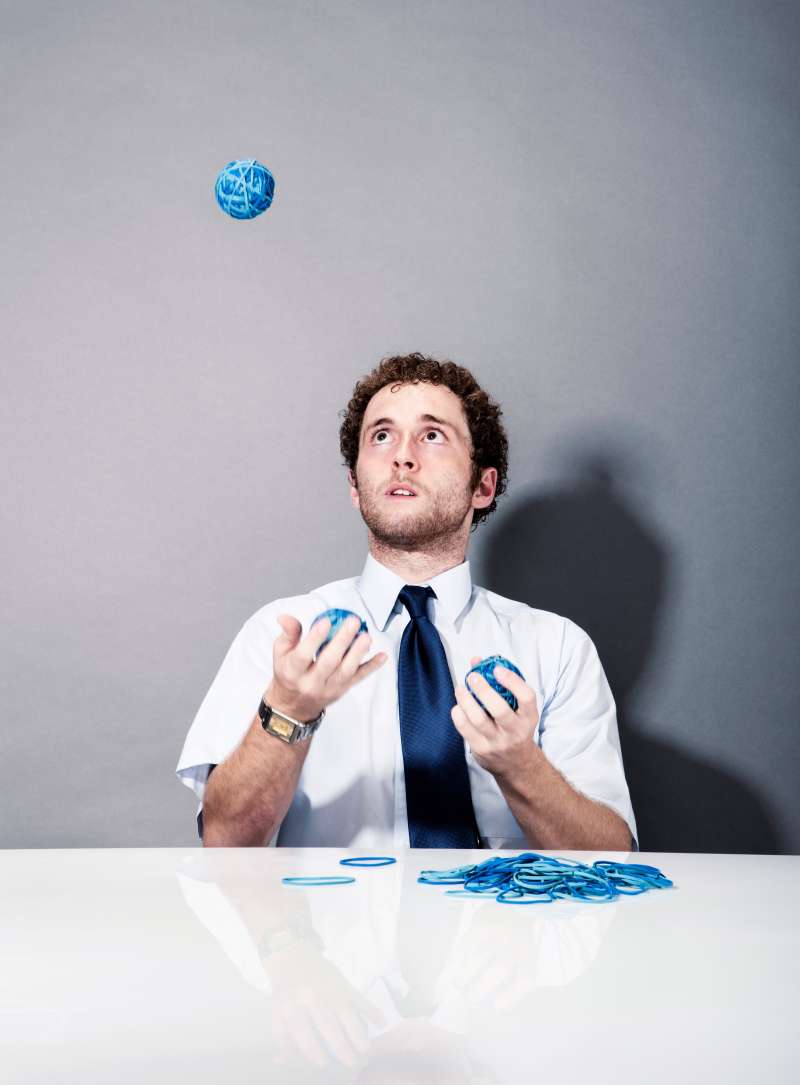 Be honest: How often do you put off important work projects until the last minute?

Rather than beat yourself up for “bad behavior,” consider this: Procrastinating actually has some real upsides, experts say, and you can use it as a strategy to benefit your career. If you use it wisely, that is.

“Procrastinating on purpose is nothing about being lazy or disengaged,” says Rory Vaden, co-founder of Southwestern Consulting and author of “Procrastinate on Purpose: 5 Permissions to Multiply Your Time.” Instead, putting things on the back burner can sometimes give you more time to think things through, evaluate the task from different perspectives and brainstorm creative ideas that improve your work and ultimately help you charge through to meet your deadline.

“The thing to get comfortable with is we will always in a constant state of putting something off,” says Frank Partnoy, George E. Barrett professor of law and finance at the University of San Diego and author of “Wait: The Art and Science of Delay.”

So why try to fight procrastination when there are times when you should embrace it and use it to your advantage? Here, experts share five situations where procrastinating can pay off big.

Read More: Work Smarter: The Best Times of Day to Conquer Your To-Dos

When You’re Facing a Big Project

It’s Monday morning. You’ve been assigned a project that must be delivered to a client by the end of the week. A non-procrastinator might hit the gas immediately and power through within three days. But taking this approach means you’ll miss out on two days of potential inspiration, which can strike when it’s least expected.

“A lot of times we’ll come up with a better solution or more innovative ideas while we’re sleeping or in the shower or while we’re having a conversation with someone else,” Partnoy says. The key is figuring out how late you can wait to really get moving, he says, and then procrastinate until that point.

Field research backs up the idea of waiting for creative inspiration. A recent New York Times op-ed tells the story of an experiment in which participants were tasked with coming up with new business ideas. One group started brainstorming right away, while the other heard the assignment and then had five minutes to play Minesweeper or Solitaire before getting to work. The procrastinators’ ideas were rated as 28% more creative.

Plus, it’s not unheard-of for a client to switch direction days after briefing you on the assignment. By waiting to get started, you’ll have the clearest picture of what he or she is really looking for. “Any time you act too soon and then things change, you have change cost,” Vaden says. In this scenario, it means lost time. So instead of diving in prematurely, ask yourself: Must this be done now? “If it can wait, there’s really value to waiting,” Vaden says.

Read More: Distraction Overload! 7 Ways to Get Back on Track at Work

When You’re Preparing a Presentation

Think back to the last time you were in a meeting and the presenter totally nailed it. Was their presentation peppered with current pop culture references or ones that went viral a year ago? The former resonate better with audiences—and that means putting things together late in the game.

“If you want your presentation to seem fresh, it’s often better to do the preparation at the last minute,” Partnoy says. Not only will your content be up-to-the-minute, but the talking points will be at the front of your mind, especially if you complete your work and then get a good night’s sleep. A recent study from the University of Bristol lends support to the idea that “sleeping on it” helps consolidate important memories, so you retain key talking points.

Bringing a new employee on board has significant long-term effects on the company, so this isn’t a task to rush through just to lighten your to-do list. Putting off the decision for a bit gives you time to weigh a candidate’s pros and cons and find the right fit, Vaden says.

Procrastinating about a new hire also lets you refresh your decision-making abilities. You want to avoid what researchers call “decision fatigue,” which occurs when you’ve been making rapid-fire choices all day. The more decisions that are on your plate in one stretch, the less likely it is that your brain will approach each one fairly, according to a paper in the Journal of Marketing Research.

Your judgment will be sharper if you revisit the candidate’s résumé and your interview notes at a later date, say the beginning of the following week, when your mind is clear and energized.

While you procrastinate, though, resist the urge to dig up every piece of information you can about the candidate. A study from Stanford and Princeton psychologists found that an overload of useless facts can alter your decision-making process and cause you to give more weight to non-relevant information.

Read More: How to Succeed at Work the Lazy Way

Whether you’re planning to acquire a new company or just buy a new TV, there may be benefit to waiting.

“If I don’t have to make a [financial] decision right now, I’m not going to make it,” Vaden says. “Why? New information might show up, or a new deal might show up,” he says, that can affect what to offer or if you’re paying too much. “There’s a lot of science that shows we make decisions too quickly; we jump at stimulus,” Partnoy says. Resist the urge, take a step back and gather your facts.

Simply taking a little more time to mull things over can help you make better decisions. A study published in the journal PLoS ONE found that when study participants waited an extra fraction of a second, they were better able to correctly ID the direction of moving dots on a computer screen. Even just a 50-millisecond delay in decision-making improved the accuracy of their responses by 75%.

As Emails Pile Up in Your Inbox

Drowning in messages? Taking time out every few minutes to read them will interrupt your flow and put a dent in your productivity. “You can’t ignore your email forever, but you can ignore it now so you get other things done that are more significant,” Vaden says.

The best strategy: Skim the sender of each email as it comes in so you don’t miss something urgent from a manager. Otherwise, let them pile up and then devote about 45 minutes at the end of the day to reading them, Vaden suggests. By then, he says, many of your messages may have been resolved on their own, leaving you more time to attend to the most pressing matters on your plate.

Besides procrastinating when it comes to checking your mail, putting the brakes on reading and replying can help you avoid responding in a potentially damaging way. “Often we respond too quickly with some emotional reaction, either anger or excitement, and we’d be better off taking some extra time to process the information that we received,” Partnoy says. So take a few extra hours—or even days, depending on the message and the sender—to ensure you’re giving the most reasoned reply.

Cutting down the number of times a day you check your email means you’ll be better off mentally, too. A study from the University of British Columbia found that checking email less frequently reduced stress, which can make you more productive. Study participants who reported feeling more tense accomplished fewer tasks.

Of course, procrastinating can also have some downsides—including adding anxiety to your life, in which case you may benefit from curbing the habit in order to stress less and get more done.