Whole Foods Needs to Reinvent Itself 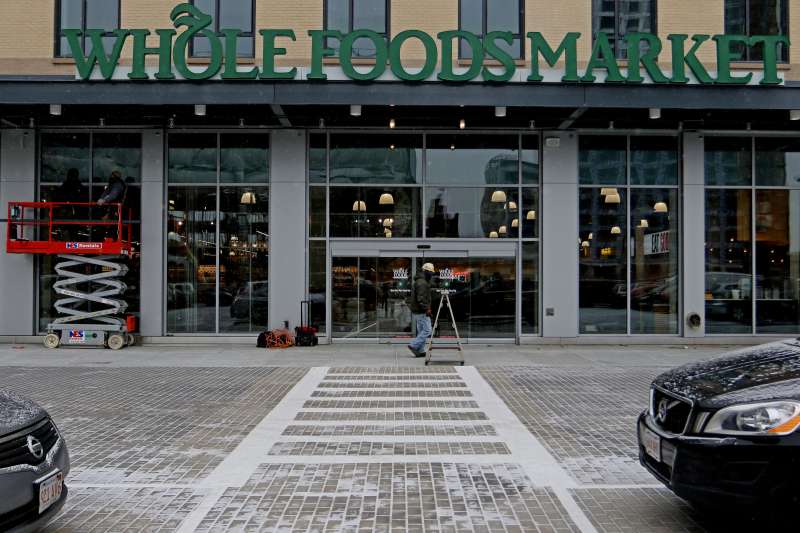 The main entrance of the new Whole Foods Market, at the site of the former Boston Herald, in South End.
Boston Globe via Getty Images

For decades, Whole Foods Market was the darling of the grocery industry, with its organic and natural foods selections giving the company huge margins compared to its conventional peers and helping to foster a revolution in thinking about food that made consumers much more aware of the products they buy. Yet increasingly, grocery chains like Kroger have adopted certain aspects of Whole Foods’ business model, and coming into Whole Foods’ fiscal fourth-quarter financial report on Wednesday, investors wonder whether heightened competition will prevent the organic and natural food specialist from recovering the huge amount of ground it has lost recently.

After months of seeing its stock stagnate, Whole Foods needs to accelerate its efforts to reinvent itself if it wants to prevent losses from becoming permanent. Let’s look more closely at Whole Foods to see what’s been happening with the company lately and what investors can expect looking ahead.

Why investors aren’t happy with Whole Foods earnings
Investors have had to rein in their views on Whole Foods earnings in recent months, cutting their fiscal fourth-quarter projections by $0.03 per share and taking more than a dime per share away from their estimates for fiscal 2016. The stock has continued to struggle, with losses of more than 20% since late July.

Whole Foods’ fiscal third-quarter results in late July quashed any hopes that the setback that the grocery chain had suffered earlier in the year was a one-time event. Overall revenue rose just 8% on a sluggish 2.2% rise in comparable store sales, and investors were even more worried about the further slowdowns in comps that Whole Foods experienced late in the quarter. By contrast, Kroger posted comps of 5.3%, showing that the problem isn’t an industrywide phenomenon. Gross margins at Whole Foods continued to decline due to competition, and a rise in overhead expenses put pressure on operating margins as well. Worst of all, cuts in guidance to provide for just mid-single-digit percentage growth on comps in the low single-digits proved that Whole Foods is digging in for a long fight.

Yet even with the poor results, there’s evidence that many shoppers still want the opportunity to have a Whole Foods location nearby. One interesting incident in Los Angeles involved a petition against the company’s plans to put one of its smaller 365 stores in the neighborhood of Silver Lake, with residents arguing that they wanted a full-blown traditional Whole Foods grocery store instead of what they called “a budget 365 store.” Even though its more mature locations have had difficulty keeping their sales rising, Whole Foods’ newer locations still have same-store sales growth approaching double-digit percentages, and many communities are still expressing their wishes for Whole Foods stores of their own.

Still, Whole Foods is going through a big fight to retain its market share in the key organic space. Kroger in particular has seen a lot of success with its Simple Truth brand, and initiatives like the HemisFares rollout are aimed directly at shoppers who want higher-end products and are willing to pay up for them. If Kroger and its peers can lure Whole Foods shoppers back into their stores, it will be a huge setback for Whole Foods in its efforts to reconnect with its customers.

In the Whole Foods earnings report, investors will need to keep an eye on how the company has fared in restoring shoppers’ confidence following incidents like the weights-and-measures scandal in New York. The grocery chain has produced a lot of loyalty among its core customer base, but there’s a limit to how much controversy shoppers are willing to put up with before they start looking at competitors. At least for now, investors don’t have very high hopes that Whole Foods will be able to move aggressively enough and quickly enough to bring about a quick turnaround, and that could weigh on the stock for the remainder of 2015 and beyond.

More From The Motley Fool: