What Do I Say to an Employee Who Keeps Asking If She'll Get Fired?

By Alison Green / Ask a Manager 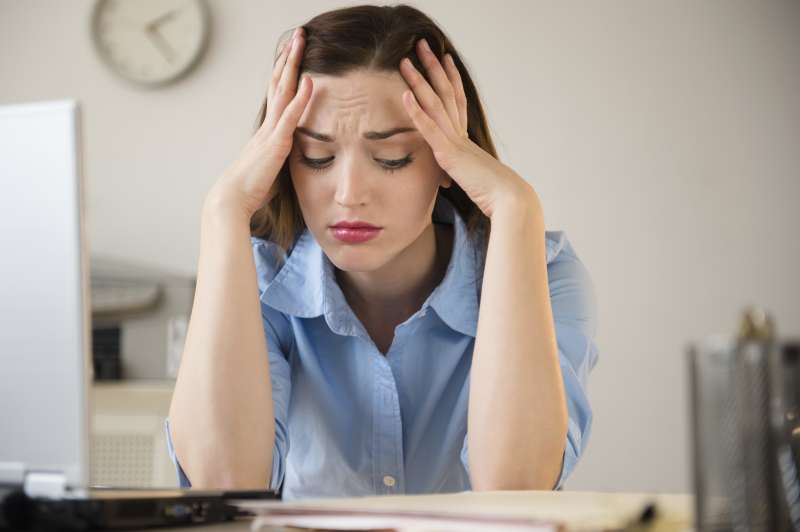 Q: What should I say to an employee who keeps asking if she is going to get fired every time she makes a mistake? One of the people I manage is about one year into the position and is doing okay most of the time. She does make mistakes and has trouble remembering or picking up certain concepts. I am really hoping she will improve as she gains more experience.

She has one habit I find odd. Whenever she makes a mistake or forgets something, she asks, “Will I be fired?” I don’t want to be constantly reassuring her that she is not going to be fired, but at the same time if I don’t see growth and improvement, then I would have to think about it.

I don’t want to give her a false sense of security that nothing will happen to her regardless of performance, but I don’t want her constantly worrying about messing up.

And as a supplemental note, she was fired from her previous job. I knew this but felt she had enough potential to develop in a different role.

A: It’s not unusual for people to worry about getting fired when they’re making mistakes, especially if they’ve been fired in the past.

But rather than continually asking about whether she’s going to be fired, she’d do better to ask you for overall feedback and how you feel things are going in general.

What you can do on your side is to address that proactively, as well as to explain how you handle firings so that she understands she won’t be blindsided by it (assuming that that’s true, which hopefully it is).

I’d sit down with her and say this: “You’ve asked me that a number of times, so I assume you’re worried that you might be blindsided by it. Let me tell you about how I handle performance issues and what happens long before someone is fired, so that you’re really clear on what that looks like. We do sometimes have to let someone go when they’re not performing in the way that we need, but when that happens, it’s not a surprise because we have conversations about it before it gets to that point. That means that if your job is in jeopardy, I will tell you that clearly and will tell you what I need to see from you in order to fix things, and we’d establish a clear timeline for working on the issues.

That’s not where you are. You’re doing well overall. I’d like to see you make fewer mistakes on X and Y and work on your understanding of W and Z. That doesn’t mean never making a mistake; we all make mistakes from time to time. But I’d like to see you steadily improving your mastery of those areas, and I’m confident that you’ll be able to. If that changes in the future and I start having real concerns about your future with us, please know that I’ll talk to you about it directly, so you don’t need to wonder.”

Of course, this needs to be true — but that’s the way you should be managing anyway, and it makes sense to make sure that your staff understands that.

Q: Are man buns appropriate for the office? It seems in recent times to be growing more popular for men to grow their hair out and wear it in a bun. Today I saw this for the first time in the professional world, on a government intern. I was a little surprised to see it, but on reflection I don’t think he looked unpolished, and anyway, if women can wear buns professionally, why shouldn’t men be able to?

But I know there are offices that don’t even like beards on men or pixie cuts on women, let alone man buns, so I was curious to know what you and the readers think. I also suspect this may just be a trend that blows over within the next year or two.

A: I think it’s awesome, but I’m biased because I like long hair on men. But I’m a proponent of anything that evens out standards of professionalism between men and women — whether it’s pants on women (which was shocking at one point) or buns on men.

These questions are adapted from ones that originally appeared on Ask a Manager. Some have been edited for length.

More From Ask a Manager: