Donald Trump's #WomanCard Is Blowing Up In His Face 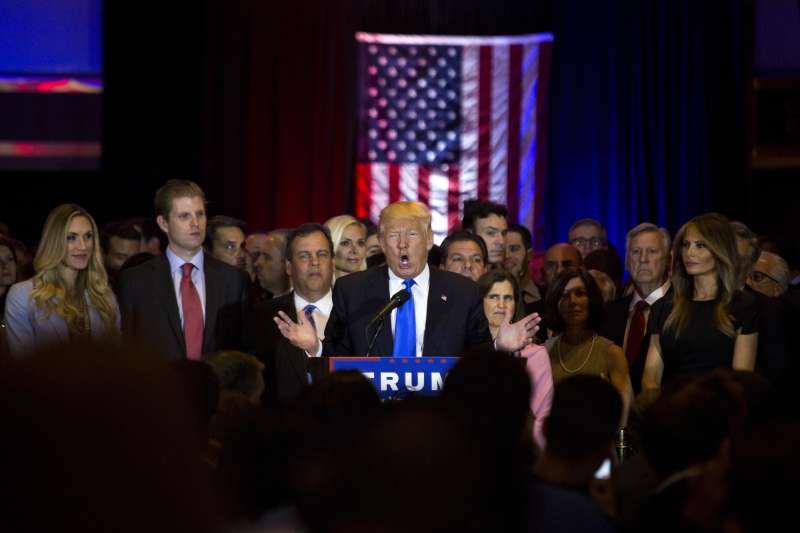 About a week ago, Donald Trump pledged to be “so presidential you will be so bored.” Apparently he hasn’t yet implemented that pledge: the GOP presidential nominee is busy angering voters by claiming Hillary Clinton is resting on her gendered laurels.

After a sweep of primary wins on Tuesday night, Republican presidential candidate Donald Trump spoke during a post-election news conference to explain why he was the better candidate than not only his GOP peers, but also his Democratic rival Hillary Clinton, who only has one thing going for her: “the woman’s card.”

“If Hillary Clinton were a man, frankly, I don’t think she’d get 5% of the vote.”

On Wednesday morning, Trump doubled down on his comments about Clinton:

In case it’s unclear where the presidential candidates stand on equal pay (Spoiler: Trump has flip-flopped on the issue and most recently, has dismissed the wage gap), the GOP front runner’s comments suggest it’s Hillary’s gender that affords her any credibility, not her vast public service experience as First Lady, Senator, and Secretary of State.

Trump’s claim that Clinton is only getting votes because of her gender is misguided at best: Politico and other media outlets point out regularly that the presumptive Democratic nominee actually has a “women problem.”

All of that is beside the real point here, which is figuring out what a “woman’s card” is worth anyway. Thousands of women—and men—took to Twitter to try to figure that out and cash in on their presumed #WomansCard winnings:

Unsurprisingly, it looks like the woman’s card seems to be worth everything a man’s card is worth but at a heavy discount. Women earn 79 cents for every dollar that a man earns in most fields, according to U.S. Census data. That stat only worsens when you examine earnings for black and Latina women, who take home 64 cents and a staggering 54 cents for every dollar, respectively.

And before you think using an excuse for the wage gap — for instance, women leave the workforce to raise children — consider that ICEDR, a global talent and leadership development company, and its researchers found that women actually leave work because they’re tired of being paid less than their male coworkers.

What’s more, when women stay in their careers, those who commit their lives to the corporate grind rarely reach leadership positions (for example, women account for 4% of Fortune 500 CEOs), further hindering their earnings potential.

While 95% of CEOs are white men, that status quo is likely to remain unchanged until more women are up for leadership positions, according to a Harvard Business Review study. The study showed that even if a woman had a literal one-in-four chance of being hired over three other male counterparts, she statistically had a 0% shot at being picked for the job, a function of implicit sexism that still persists today.

Further, the HBR study says that the evidence doesn’t support the myth of reverse sexism, meaning that women aren’t picked over men simply for being women. Meaning that even if Hillary Clinton were “playing the woman’s card,” she wouldn’t receive votes for that alone.