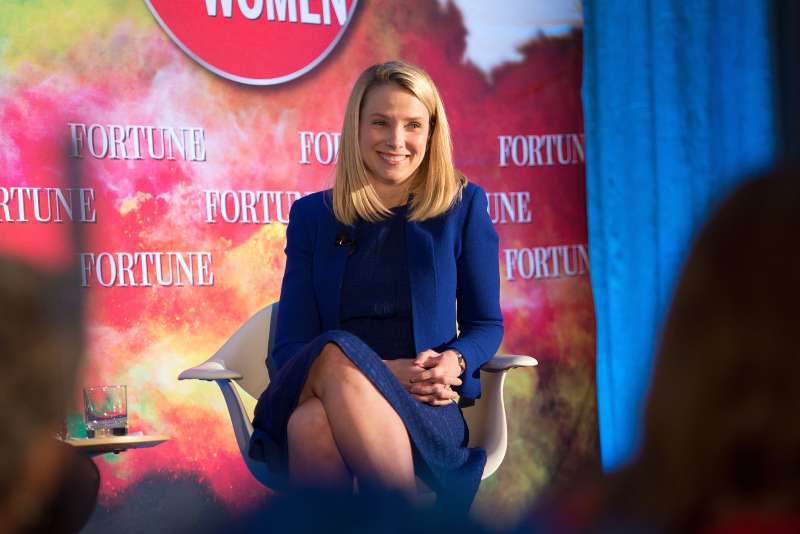 While it might seem like there are more female leaders than ever, don’t let a buzzy press narrative fool you. Plenty of women are held back professionally because of culturally induced confidence issues or societal mythologies.

Women aren’t natural leaders. We don’t work as hard as men. We’re happier at home. We’ve all heard the many (stupid) reasons there aren’t more female leaders and executives. But — no surprise — there’s research to debunk every last one.

Here are seven myths about women and power and why they’re just wrong.

Myth: Women Leaders Are Not as Effective as Men

Women and men are happier at work than at home (despite that men personally report being happier at home). A sociologist and women’s studies professor at Penn State reported that both sexes experience lower levels of stress at the proverbial office than at home.

And, more importantly, mothers who work full-time (and consistently) during their twenties and thirties report better mental and physical health at age 45 than mothers who work part-time, stay at home, or who experience unemployment.

Not true. A 2014 international survey determined that a little over a quarter of the companies with a financial performance in the top 20 percent had female leaders. And the companies that financially performed in the bottom 20 percent? Only 19 percent of them had women at the helm.

Myth: Women Aren’t Willing to Work as Hard as Men

Actually, if you want to be fair and catalog an entireday’s work — professional work, household duties, child care, cooking — women log way more hours than men (in 22 of 28 developed countries). Women work very, VERY hard. They just aren’t necessarily paid for all of it.

Michelle Haynes of the University of Massachusetts determined in her 2013 study that women “talk down” their achievements when working alongside successful men. Instead of claiming their rightful credit and contributions to projects, ladies instead default to praising the men in the group.

Aside from being all-around rage-headachy, this habit hurts women’s career progress and earning power in that they are less likely to pursue promotions or competitive projects.

Myth: There’s Plenty of Room for Women at the Top

Actually, a 2015 study from Columbia Business School and the University of Maryland’s Robert H. Smith School of Business illustrated that once a woman lands one of the five highest-paying executive spots in a firm, the chances of another woman joining the executive team are 51 percent lower. Damn quotas.

Myth: Women’s Shortcomings Are Their Own Fault

You know that constant refrain that women never negotiate high enough salaries for themselves? That they leave money on the table?

Research reported in the Harvard Business Review proposes that women “get a nervous feeling about negotiating for higher pay because they are intuiting — correctly — that self-advocating for higher pay would present a socially difficult situation for them — more so than for men…. Their reticence is based on an accurate read of the social environment.”

Women pay a social — and financial — penalty for asserting themselves. And that is society’s failure.

More From Daily Worth: