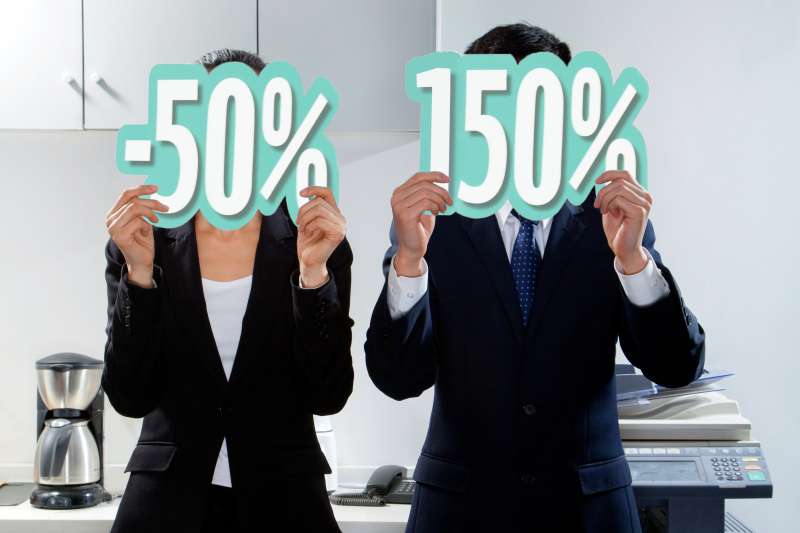 This is the fifth in a series of six posts on salary negotiation published in partnership with PayScale.com.

The latest Census data shows that women earn 78 cents for every dollar earned by our male counterparts. You’d think we’d be livid.

But in fact, while many of us are angry about this inequity in a general sense, several studies have shown that women are not all that upset about being underpaid on an individual basis. The research shows that women report the same levels of satisfaction with pay as their better-paid male colleagues, even when controlled for occupation and position in the food chain.

Academics call this (frankly depressing) phenomenon “the paradox of the contented female worker.”

Those in the ivory tower have been attempting to explain this since social psychologist Faye Crosby coined the term some 40 years ago. But one recent study of Texas attorneys published in the Employee Responsibilities and Rights Journal offers a plausible—and interesting—explanation.

Survey participants tended to base satisfaction with their salaries on the salaries of those people who were similar and proximate, says the study’s author H. Kristl Davison, an assistant professor of management at the University of Mississippi. “So essentially what happens,” she says, “is that women choose other women who are also lower paid as references and then end up with a lower sense of entitlement to more money.”

So how do you break that cycle, at least where your own lovely pocketbook is concerned?

The clearest implication of the study is this: When setting your expectation for pay for a job, don’t base your desired number on anecdotal evidence from your female peers.

Instead, start by gathering data from sites like Payscale to find out the average pay for the field, position, and location, regardless of gender. But—since women’s lower pay will be figured into these averages—also ask higher-level men in your field for their input.

“Asking male mentors can be very advantageous,” says Davison, “because it offers the perspective on what males are paid and because males talk about pay more than women do.”

You could say something like, “Bob, I’m going for this job as associate marketing director at a Fortune 500 company and they’re asking me for my salary requirements. I’m not sure what to say for that size of a company and wondered if you had any thoughts?”

(While mentioning a figure can help anchor the conversation in actual negotiations, avoid doing so here, since what you want is the other person’s uninfluenced opinion.)

And then when the interviewer asks for your salary expectation, you can say, “It’s my understanding from my research that jobs of this level pay in the neighborhood of $96,500,” or “I consulted my former boss Bob Smith, who’s now a V.P. at your competitor Quadroodle, and he told me the going rate is $96,500.”

(Note: Using a specific the number can make you sound more authoritative—so avoid rounding off too much.)

In a world where women all too often punished for being too assertive in salary negotiations, framing your argument around benchmark numbers and using a high-level ally to bolster your case can help you walk away with more money and your likeability in tact.

And that is the ultimate glass-ceiling breakthrough.

More from this series on Money.com:]

More on salary negotiation from PayScale.com: