Would Workers Be Better Off Without Managers? 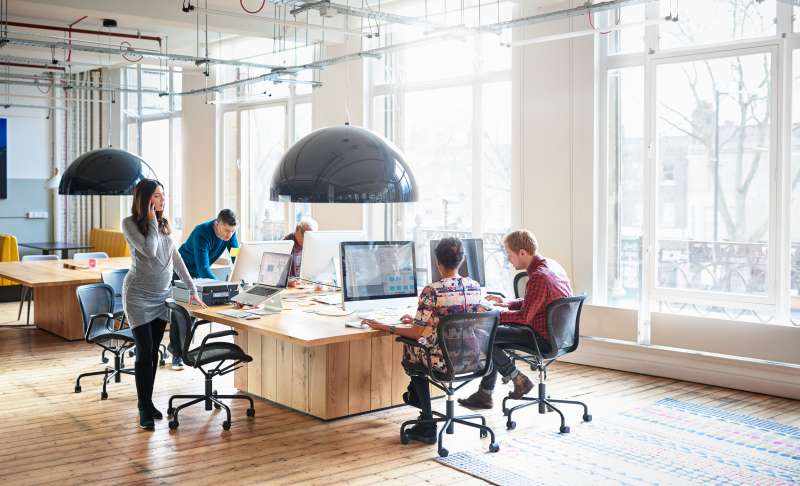 Companies like Zappos and Google have experimented with manager-less structures, but some evidence suggests that workers are happier with leaders. Could nixing the conventional management hierarchy be good for business — or is it simply too good to be true?

Maybe Malcolm Gladwell was on to something when he said, “If everyone had to think outside the box, maybe it was the box that needed fixing.” In the context of this post, the hypothetical box is the traditional management hierarchy found in nearly every company across the globe. However, with the emergence of a more lax, flexible company culture, thanks to the tech boom, some companies are opting for a more “flat” approach when it comes to the org chart. One such company has even coined a term for and created an entire program around the manager-less structure: “holacracy.”

Holacracy is “a complete, packaged system for self-management in organizations” that “replaces the traditional management hierarchy with a new peer-to-peer ‘operating system’ that increases transparency, accountability, and organizational agility,” according to HolacracyOne, founded by Brian Robertson and Tom Thomison.

Traditional job titles and descriptions are replaced with “dynamic roles” that are defined by the work performed, rather than the title given. Moreover, the need to report or gain approval from a superior is non-existent, because everyone within the company is considered equal in ranking, and thus able to make meaningful decisions.

Read More: 5 Jobs That Require You to Be a Jerk

Zappos stirred up quite the controversy when it decided to adopt holacracy back in 2013. Although things got off to a slow and not-so-steady start, CEO Tony Hsieh says that he is sticking with the self-management system, despite it ultimately resulting in nearly 14 percent of his workforce opting for a severance package, versus sticking it out with the company and its new ways.

According to CNBC, Hsieh did admit that he would have done one thing differently when implementing holacracy company-wide: he would have done it earlier. We’ll have to see if Hsieh is still gung-ho about holacracy next year, considering that Zappos fell off Fortune’s 100 Best Companies to Work For ranking this year, “with scores on the publication’s employee survey down on 48 of 58 questions,” which is a first for the company in eight years.

Even the founders of Google tried out a manager-less structure back in 2002, but quickly discovered that it simply didn’t turn out the way they had hoped. Google tested out a completely flat organization and eliminated engineering managers “in an effort to break down barriers to rapid idea development and to replicate the collegial environment they’d enjoyed in graduate school,” reports Harvard Business Review.

Unfortunately, the dream of going manager-less quickly proved highly inefficient and unsuccessful, and Google canned the experiment just two months after it was implemented. More over, “the founders soon realized that managers contributed in many other, important ways—for instance, by communicating strategy, helping employees prioritize projects, facilitating collaboration, supporting career development, and ensuring that processes and systems aligned with company goals.” Well, would you look at that!

Read More: Should You Ever Ask to Be Laid Off?

The Dream vs. The Reality

Although it’d be ideal for everyone to not have to report to a boss, the reality is that not every professional is equipped to function effectively sans a manager/leader to guide him or her. Other breaks can occur in the organization when a manager-free structure is implemented.

For instance, Deborah Ancona, a professor of management at MIT and author of X-teams: How to Build Teams That Lead, Innovate and Succeed, tells Fast Company that middle managers can end up feeling powerless as responsibilities are passed down to individuals in lower-ranking positions within the organization. “Even though people say you have more freedom now, if you have that set of middle managers who feel threatened, then they can be a bottleneck in moving in [the desired] direction,” she warns.

Ancona goes on to say that innovation suffers when a flat structure is implemented, because employees will still feel the need to get approval or permission from the boss before doing anything. The culture is still stuck in its hierarchical ways; therefore, collaboration and innovation can suffer.

Lastly, Ancona says that communication can get lost in the shuffle in an organization without managers. “Flatter organizations often have looser job descriptions, so sometimes it’s not always clear to those inside and outside the organization—customers and suppliers—who’s in charge.”

That’s not to say that going “flat” isn’t for certain companies — this isn’t one-size-fits-all. For instance, for small startups that have few employees who each wear multiple hats, it may be more effective to maintain a flat structure, creating a collaborative environment where everyone contributes to the whole. There’s nothing wrong with a bit of trial and error, but be sure to know when to hold ’em and when to fold ’em when implementing new processes and procedures within your team, department, or company.

If management truly is an issue, then maybe companies would do better to invest in manager training. Ridding the organization of managers may work for some companies, but the vast majority (especally the larger and/or growing ones) seem to find that managers play a vital role in the success of the company — and they do.

Still think nixing your boss is a swell idea? You may want to consider the alternative: the company functioning poorly, causing you to be laid off.