Wisdom From the Wright Brothers: 5 Secrets to Success

By John Reeves / The Motley Fool 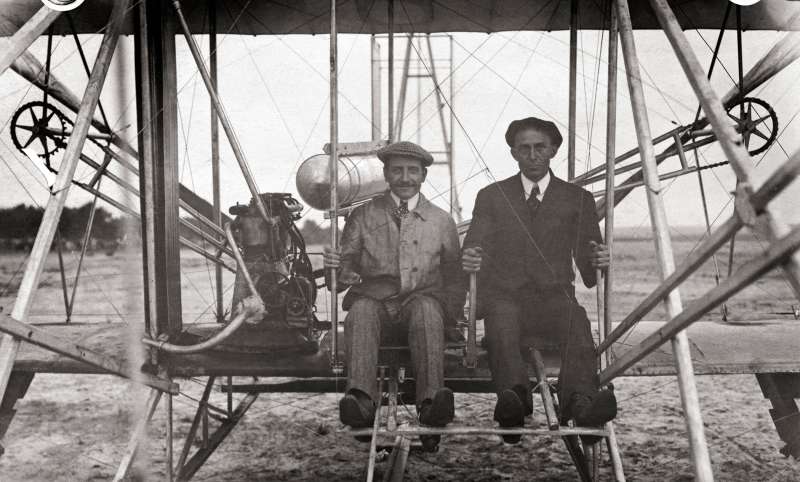 The early pioneers of flight faced tremendous obstacles. The experiments were expensive and extremely dangerous. And those brave souls who devoted themselves to developing “flying machines” were ridiculed as cranks and fools.

Instead, the brothers remained focused on their mission with an unyielding determination.

Learning how to fly is one of the greatest accomplishments in all of human history. I came away from this book in awe of the incredible discipline, determination, and courage of the Wright brothers. I truly believe that each of us can improve ourselves greatly by learning from their remarkable example. Below are five lessons on how to be successful from Wilbur and Orville Wright.

1. “But it isn’t true to say we had no special advantages … the greatest thing in our favor was growing up in a family where there was always much encouragement to intellectual curiosity.”
Here, Orville was responding to a friend who told him that he and his brother were great examples of how far Americans with no unique advantages could advance in the world. Orville knew, of course, that they actually had grown up in a very encouraging environment. He and his brother remained curious about all aspects of the world throughout their lives.

Their father, Milton Wright, was a bishop in the United Brethren Church, and was considered well-educated for the time. Indeed, Bishop Wright was a lifelong lover of books, who “heartily championed the limitless value of reading.” The Wright home in Dayton, Ohio, had an outstanding library with books on literature, art, American history, and natural history.

The brothers were extremely fortunate to grow up with a father who taught them to have open minds and think for themselves. Years later in Paris for a short stay, Wilbur visited the Louvre 15 or more times. This dedication to learning both within and outside their chosen field of study was a key factor in their success.

2. “The man who wishes to keep at the problem long enough to really learn anything positively must not take dangerous risks. Carelessness and overconfidence are usually more dangerous than deliberately accepted risks.”
Wilbur recognized early on one of the key dilemmas facing early flight enthusiasts. One needed a lot of experience in order to master the various difficulties involved, yet each “experiment” could possibly result in death or serious injury.

The brothers were able to solve this problem by being disciplined about managing risks during their early flights. First, they made sure they didn’t go too high up. And they, of course, practiced on the beach at Kitty Hawk, N.C., so there was soft sand on which to land. As a result of their precautions, they were able to log countless hours in the sky, which was one of the main reasons they achieved their breakthrough. Like a lot of great investors, they were prudent, but not overly cautious, in their approach to risk-taking.

3. “The best dividends on the labor invested have invariably come from seeking more knowledge rather than more power.”
This quote from Wilbur provides an interesting insight into their development of some of the earliest planes. Each new model often came with more powerful motors, but that wasn’t where the big improvements came from. Instead, discovering an improved “scientific design” resulted in better planes.

I think this quote is a nice illustration of the principle of working smarter. Sometimes, we’re tempted to just apply more muscle to a project or a problem. Stopping to learn and think about how we might improve the process can often yield even greater results.

4. “Well, if I talked a lot I should be like a parrot, which is the bird that speaks most and flies least.”
Wilbur Wright, who made this quip, was a doer not a talker. I came away from this book with tremendous admiration for his humility and single-mindedness. At an early flight demonstration, one observer wrote:

When they were just getting started, the brothers were able to shut out the rest of the world and focus on their work. Kitty Hawk turned out to be an excellent place for allowing them to do that. Years later, when they finally attained great wealth and fame, both brothers remembered those simple days at Kitty Hawk as the happiest time of their lives.

5. “If I were giving a young man advice as to how he might succeed in life, I would say to him, pick out a good father and mother, and begin life in Ohio.”

Wilbur is obviously being lighthearted here. But I think there’s an element of truth in the remark. It reminds me of Warren Buffett’s comments on the “Ovarian Lottery” — where he expresses how lucky he is for having been born in America.

I think the Wright Brothers knew how fortunate they were to be born into an extremely positive environment — both at home and in their larger community. Dayton, Ohio, in the late 19th and early 20th centuries was a vibrant, growing city where the people had, according to another of its notable sons, “the courage of their dreams.”

Obviously, we don’t have control over the environment we are born into. But we can change the one we live in as we get older. And we can certainly try to create better ones for our children.

I highly recommend that you read The Wright Brothers. It’ll change the way you think about these great Americans. And it might even inspire you to do exceptional things.