10 Ways You’re Being a Terrible Neighbor 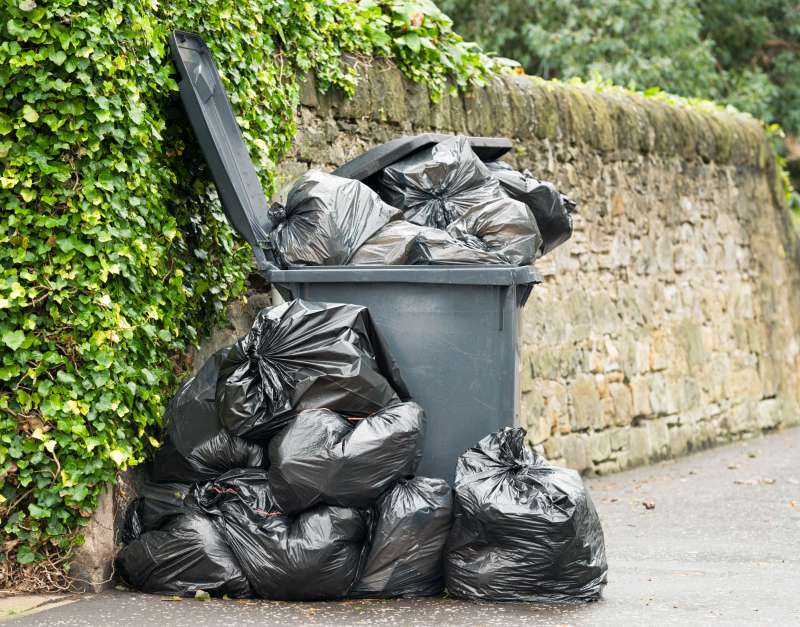 After family, friends, and coworkers, neighbors comprise one of our most basic social networks. Good neighbors keep a watchful eye on the community, help older folks live independently, pitch in when there’s a local emergency, and provide many other benefits. That’s why being a good neighbor is so important — and why being a terrible one is so damaging. Blissfully unaware of how you’re viewed in the neighborhood? It’s time for some critical self-review. Here are 10 ways you’re being a terrible neighbor.

1. Moonlighting as a Mechanic

I’m all for saving a few bucks by repairing and maintaining your own car, but there’s a limit. If your driveway features a permanent installation of automobiles on concrete blocks, you’re probably annoying the neighbors. Remember, pneumatic drills and floodlights have a way of detracting from a neighborhood’s charm.

According to data from U.S. Census Bureau’s American Community Survey, only 2.5% of American households owned three or more vehicles in 1960. By 2013, that number had ballooned to 19.7%. Today, it’s common for a family’s fleet of vehicles to fill the garage, driveway, and a few curbside spaces.

If you must park on the street, avoid parking directly across from a driveway (it makes backing out difficult for the homeowner). And if you tend to park in front of the same few houses everyday, rotate your cars so your neighbors can catch a glimpse of an empty space every once in awhile.

3. Having Your Own Zoo

It’s the trifecta of inconsiderate pet ownership: Allowing pets to run loose, not picking up dog waste during walks, and letting dogs bark at all hours. If you’re guilty of any of these offenses, assume that each and every one of your neighbors is hoping you get transferred.

Read More: 10 Rules of Etiquette Everyone Should Know (and Follow!)

4. Letting Your Lawn Turn Into a Jungle

Sure, we all get busy and sometimes it’s difficult to keep up with the pace of nature during the spring and summer months. Still, if you’re not mowing consistently or you’re letting overgrown branches obstruct sidewalks or streets, you’re shirking your duties as a good neighbor. Forget the manicured lawn — just keep things relatively tidy and safe.

Though many communities have an ordinance against open burning within city limits, it’s one of the most commonly-ignored laws on the books. If you’re burning yard waste, you’re reducing general air quality, bathing the neighborhood in trace amounts of carcinogens, and probably aggravating a few neighbors’ chronic respiratory conditions.

If it snows in your part of the country, shoveling sidewalks is fact of life and an essential part of being a good neighbor. If you’re not shoveling, you’re creating an icy slip-and-slide that’s particularly treacherous for young kids and the elderly.

Using even a small part of someone else’s property creates instant ill will. Make sure your parking habits don’t cut into a neighbor’s lawn, your festive cookouts don’t spill over into an adjoining yard, and your kids’ skateboard circuit doesn’t include 10 feet of the deck next door.

Legal or illegal, setting off fireworks of any kind won’t win you a Neighbor of the Year Award. Fireworks disturb the peace, send pets into anxiety overdrive, set off sensitive car alarms, and fill the air with clouds of sulfur.

If you simply must vent your enthusiasm on the 4th of July, on New Year’s Eve, or when your favorite sports franchise wins a game, try this: Shut yourself in a closet and blow a kazoo for a few minutes. Seriously. The sound is just about as pleasant and you get to keep all your fingers.

9. Not Securing Trash and Recyclables

Unsecured trash and recycling material gets blown around by the wind and carried off by raccoons. Avoid both by using quality garbage cans with tight-fitting lids and not setting out your trash too early on trash day. Also, promptly retrieve any loose items that the garbage collectors missed. Your neighbors will thank you.

This one’s for all the apartment and condo-dwellers out there. Good neighbors don’t let doors slam. Heavy modern doors that access stairwells, condo units, and common areas typically feature closure mechanisms for fire safety. Depending on how they’re adjusted, these can cause doors to slam shut if you don’t catch them first and soften the impact. No matter what time of day, slamming doors make every resident’s life a little less peaceful.

Terrible neighbors have one thing in common: They’re inconsiderate. They’ve lost sight of the fact that they’re part of a community of folks who may not share their schedule, aesthetic sensibility, tolerance for noise, or appreciation for the fertilizing effects of dog poop. Transitioning from a terrible neighbor to a terrific one just takes a bit of self-awareness, some social graces — and maybe a kazoo.