You Can Now Have an Actual Breakfast at Tiffany's—for $29 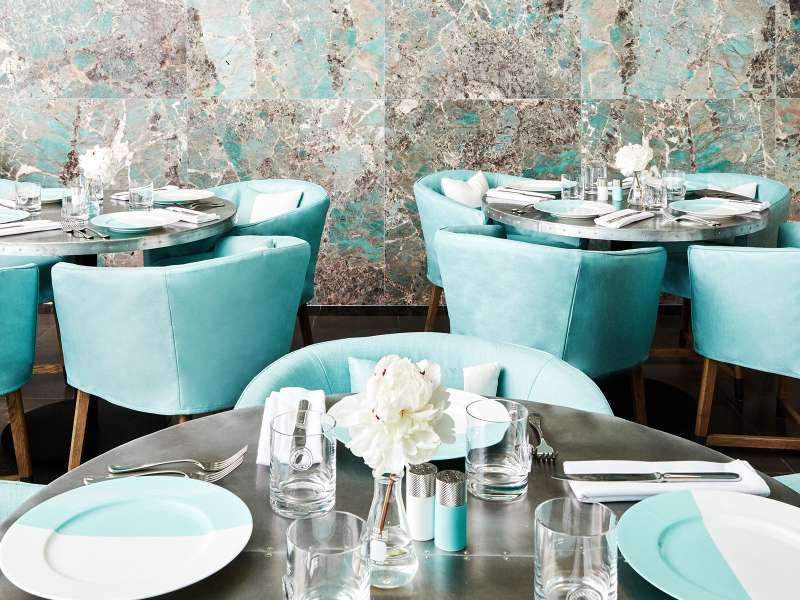 In the opening scene of Breakfast at Tiffany’s, Audrey Hepburn, wearing a slinky black dress and several ropes of pearls, steps out of a cab on Fifth Avenue, where she walks up to the window display at Tiffany & Co. Using a hand clad in a long black glove, she removes a croissant from a paper bag and enjoys her early morning snack, all while gazing longingly at the diamonds. Sounds relatable, though perhaps Holly’s breakfast-eating habits outside of the jeweler may border on obsession. Here’s a much more practical way to recreate the scene: Stop by the Blue Box Café, opening this Friday on the fourth floor of the Tiffany & Co. flagship store at 727 Fifth Avenue.

The menu is slightly more upscale than a paper bag croissant—for $29 you’ll be able to indulge in a coffee and your choice of avocado toast, truffled eggs, or a smoked salmon bagel, according to Vanity Fair. You’ll be able to enjoy said dishes in the newly renovated space which features designs from the Everyday Objects collection, created by Reed Krakoff, the jeweler’s newly appointed chief artistic officer, among them a silver tin can, a roll of silver yarn, and “paper” cup made from bone china.

The café’s interior is decorated in Tiffany’s signature blue, from the color of the walls to the plush chairs and even the plates and salt-and- pepper-shakers. In addition to windows overlooking Fifth Avenue, there are Tiffany’s displays set in the walls. Take the café home with you in the form of the cake you can only order from the cafe, in the shape of a blue Tiffany’s box topped with a white bow.

The new café is the epitome of indulgence, but it’s also a beautiful testament to our ongoing national obsession with Tiffany’s refined, simplistic design. Holly Golightly understood it in 1961, and we still haven’t had enough of it in 2017. Enjoying breakfast surrounded by the jeweler’s signature opulence is the perfect way to get just a taste of the Tiffany’s lifestyle. If you can’t have a Tiffany’s diamond, at least you can eat while surrounded by them.

Update 11/8: An earlier version of this article stated that there are no windows in the cafe; in fact, there are windows overlooking Fifth Avenue.