Yes, AOL Still Exists—and It's Got a Nifty Trick Up Its Sleeve 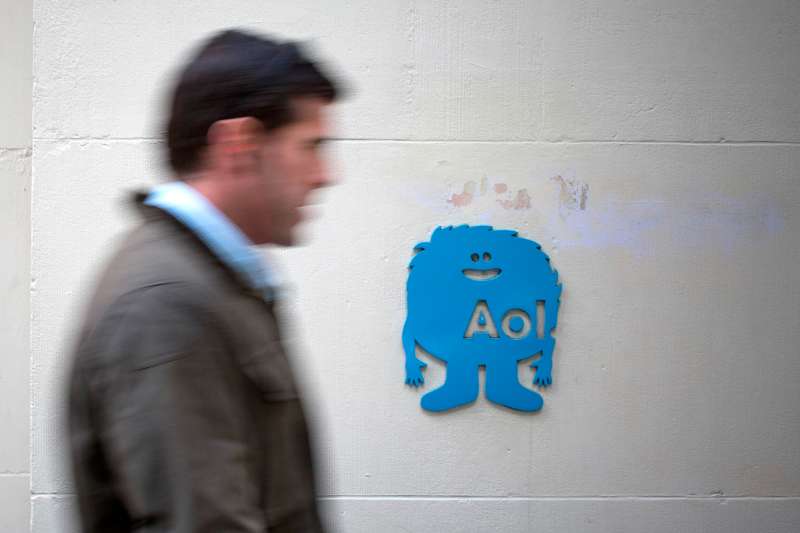 For the second time in two months, a Yahoo-Aol merger is in the headlines. According to a new report from Reuters, top shareholders are pressuring Yahoo to join with the company formerly known as America Online. If this were 1998, the news would shake the industry. In 2014, it’s got a lot of people scratching their heads. Aol? Forget the merger—how does that company still exist?

And yet, not only is Aol (the company lowercased its initials in 2009, when it was spun off from TimeWarner) still kicking around, it’s actually thriving. In 2013, CEO Tim Armstrong reported the first quarterly revenue growth in almost a decade, and the company recently posted an 18% year-over-year increase in revenue. The stock has soared, prompting the Atlantic‘s Derek Thompson to snark that the big A’s success is “a perfect lesson in why we shouldn’t confuse great stocks for great companies.”

It’s hard to blame someone for doubting a business that still makes most of its money from a dwindling pool of subscribers, but Thompson, like most tech observers, likely saw Aol for what it was, not what it is gradually becoming: namely, one of the most powerful players in the digital advertising world.

Way back in the early days of the internet, Aol raked in boatloads of money from subscribers to its dial-up internet service. It was also a web “portal”—an internet directory of sorts—that pointed customers to its other online sites and services. The company’s model seemed flawless: Get paying subscribers in the digital door, then send them to your own media properties. For a time, the strategy worked. In 2000, Aol purchased TimeWarner (Money’s former parent company) in a $164 billion deal, becoming one of the largest corporations in the world.

But soon after the acquisition, Aol fell behind the times. Dial-up gave way to broadband, the company’s “walled garden” model was replaced by an open and vibrant web, and the merger is now widely seen as one of the worst business moves of all time. Nine years after their disastrous marriage, Aol was spun off from TimeWarner, and the newly independent company was essentially left for dead. How could such a tech dinosaur—an internet bubble cliché in so many ways—ever recover?

Two decades later, Aol technically still makes most of its money from subscribers to its various services, which these days include broadband. Total subscription revenue accounted for $196.7 million last year, and more than 100% of its operating income (that’s because the other sectors of the business are currently losing money).

But Aol’s true value isn’t in its shrinking subscriber base. The company has wisely taken the cash from its old business and poured it into a new one: digital video advertising. And in this sector, Aol has been dominating.

The company’s third-quarter earnings report shows Aol Platforms, its advertising arm, brought in a whopping $271 million in revenue. Even more impressive: the Platforms segment grew 44% year over year. That kind of growth is unheard of in most old-school tech companies, particularly one that predates the modern internet by more than a decade.

Why has Aol’s foray into digital advertising been such a hit? As Brian Pitz, an analyst at Jefferies covering Aol, explains, the company’s advantage comes from giving ad buyers and sellers a one-stop shop for all of their advertising needs. By combining analytics, tools for sellers, tools for buyers, and a number of other services, Aol promises to save marketers and publishers money by cutting out what it calls the “technology tax”—the extra money both sides pay for using various middlemen to accomplish the same tasks.

As the graphic below shows, advertisers and publishers need lots of different services to reach their desired audience. In the past, they would have gotten those services from multiple providers, each of whom took a cut. Aol is attractive, Pitz says, because it offers everything all in one place—”a fully integrated [advertising] platform. The only other company that has that is Google.”

While Aol’s Platforms business seems to be doing just fine on its own, Pitz notes that the one thing the company lacks is bigger scale for its ad business to operate across. Merging with Yahoo, and gaining access to Yahoo’s millions of visitors, could help that problem; that’s one reason shareholders are pushing for a merger. (Another is a desire to unlock the value of Yahoo’s stake in Chinese e-commerce giant Alibaba.)

But Yahoo may decide it would rather beat Aol than join it. On Wednesday, the company purchased BrightRoll, which specializes in programmatic video ad sales, for $640 million.