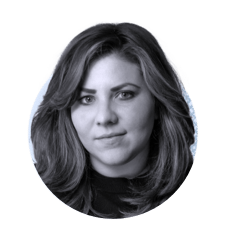 Working as a lawyer can be a rewarding — though stressful — career. Getting there is pretty tough, too. Law school is so rigorous that until 2014, the American Bar Association restricted the number of hours students were allowed to work while in school.

Law school is also expensive. Data published by the National Center for Education Statistics showed that in 2016, seven out of 10 law students had to take on loans to pay for their schooling. The average student loan balance for graduates then was $145,500 — a number that has continued to grow, according to more recent surveys.

If you're going to take on so much debt, you want to be confident you'll be able to get a job using your new law degree. Law School Transparency (LST), a non-profit that educates consumers about the legal profession, reports that over 60% of law students get a job offer before they even graduate.

Still, the Bureau of Labor Statistics states that job competition will be fierce over the next decade since there are more students graduating than jobs available in the field. That’s why borrowing thousands of dollars worth of student loans isn’t a decision you should make lightly.

Here’s what you should know about law school and student debt.

How Much Law School Costs

The cost of law school has been exceeding inflation for three decades straight, according to Law School Transparency’s latest data.

Law school is expensive for the same reason a lot of college programs are: it requires a lot of highly educated (and expensive) people to deliver its courses.

Ashley Norwood-Struppa, northeast regional manager at the AccessLex Center for Education and Financial Capability, says that law schools also invest a lot of money on resources to help students with career placement. That includes intensive practice clinics and networking events for exposure.

It's expensive to provide those experiences for students, and that’s one of the reasons why law schools have such high tuition rates, says Jeff Thomas, executive director of legal programs at Kaplan, a company that offers test preparation services for college students.

Not sure how you're going to pay for law school? A private loan can help you pay for tuition, fees, or living expenses.
Click your state to get started and see how much you can qualify for today.
Get Started

Law schools also compete for prestige by trying to lure the best students to increase their median Law School Admission Test (LSAT) scores. That, in turn, allows them to boost their reputation and position themselves at a higher rank. To do this, they offer lofty scholarships to those with the highest GPAs and LSAT scores, which also comes at a cost.

“If you're throwing a ton of scholarship awards at your very top students, you’ve got to be charging a lot to your other students to be able to cover the cost of those,” Thomas says.

So, how much does it cost to attend law school? Here’s the average cost of tuition and fees by type of institution and residency status, as reported by Law School Transparency:

How Much You’ll Need to Borrow for Law School

In a recent survey by ABA’s Young Lawyers Division, more than 95% of respondents said they took out loans to pay for their degree. The average loan balance of a law school graduate is almost $165,000, and only a small fraction of that debt is from undergraduate education.

Norwood-Struppa, from AccessLex Institute, says that one of the reasons law students borrow more than those pursuing other graduate degrees is that there aren’t as many scholarships available as there are for other programs. In fact, the number of law schools offering merit-based scholarships has decreased by over 30% over the last decade, according to data from Law School Transparency.

Still, how much you’ll need to borrow will depend on a few factors, including the type of institution you attend, and how prestigious it is.

Law students who attend a public school in-state borrow significantly less than those attending private institutions. The average balance of a public school graduate is $93,436 vs $133,384 for private schools.

In terms of prestige, you’ll typically pay more if you attend a top tier school. The most competitive and well-known law schools will cost roughly $65,000 a year in tuition alone. A tier three school, on the other hand, can cost about $48,000.

Types of Loans You Can Get in Law School

As a law student, you’ll be able to apply for three types of loans: federal loans, institutional loans, and private loans.

Federal student loans should be the first option you explore since they offer lower fixed rates than private loans and flexible repayment options.

Law students are eligible for two types of federal loans: Direct Unsubsidized loans and Grad PLUS loans. To apply for any of these, first, you’ll need to fill out the Free Application for Federal Student Aid (FAFSA).

Direct Unsubsidized loans have an annual borrowing limit of $20,500 for law students. They currently have a fixed interest rate of 4.30% and you don’t need to pass a credit check to be approved for the loan.

Grad PLUS loans can be taken out for the full cost of attendance but do require you to pass a simple credit check for approval. Grad PLUS loans currently have a fixed interest rate of 5.30%.

Institutional loans are issued by the schools. These are typically available to students once they’ve exhausted all other sources of financial aid, including federal loans. Requirements, borrowing limits, and conditions are set by each school, but interest rates tend to be lower than those of private loans, and repayment is more flexible.

Finally, there’s private loans. In most cases, these can be taken out for the full cost of attendance. They can have fixed or variable interest rates, ranging from 1.25% to over 15%. However, to qualify and secure the lowest rates, you must have a stable source of income and excellent credit or have a co-signer that meets these criteria.

Finishing law school without any debt may be hard to achieve, but there are some things you can do to reduce the amount you borrow.

Norwood-Struppa, from AccessLex Institute, says that when comparing schools, it’s more important to look at the resources and discounts available than the full sticker price. Law School Transparency reported that for the 2018-19 academic year, only 25% of law students paid full price for tuition and fees.

Are you still paying off student loans from undergrad?
If so, refinancing your student loans at a lower rate could allow you to save money that you can put towards law school.
View Rates & Start Saving

As previously mentioned, law schools tend to offer merit-based aid for students with high GPAs and LSAT scores. That’s why Christopher Brown, chair of the ABA’s Young Lawyers Division, recommends doing everything possible to get the highest score you can, even if that means taking the exam multiple times. “A higher LSAT score means a lot more scholarship opportunities,” he says.

But not all aid is based on your academic performance. To find other scholarships or fellowships you may be eligible for, contact your school’s financial aid office or check out associations, like the Law School Admission Council.

Thomas, from Kaplan, also recommends taking into account the industry you want to work for and its potential return of investment. A lot of students want to practice law in the town or city they grew up on, Thomas says. If that’s you, Thomas says you might be better off attending a law school that’s in that same area since you’ll be exposed to courthouses and firms in that area, which can increase your chances of getting the job you’re looking for once you graduate.

Most full-time law students aren’t able to work while in school, which makes it difficult to make payments on their loans while they’re enrolled. This means that interest for both federal and private loans will continue to accrue and become part of the principal balance once you graduate.

If you have federal loans, you’re not required to start making any payments until six months after you graduate. With private loans, this grace period will depend on your lender, so it’s important to ask for this information beforehand to make sure you’re prepared.

Although some lawyers earn six-figure salaries, the average entry-level attorney makes a little over $62,000 a year, according to PayScale.

Assuming that you’d need to borrow $120,000 in federal loans to go to school, Law School Transparency calculates that your total balance would grow to $136,000 after graduation. This means that you’d have to pay $1,540 a month under the standard, 10-year repayment plan. But that’s unaffordable for everyone except those earning the industry’s highest salaries, so many graduates enroll in an income-driven repayment plan, which sets your payments based on how much you earn.

If you were earning $60,500 and owed $136,000, your monthly payments would drop to $352 a month in the Revised Pay As You Earn plan, according to Law School Transparency.

If you choose to work for a government agency, non-profit institution, or another qualifying employer, you’ll also be eligible to apply for the Public Service Loan Forgiveness (PSLF) program. This means that you only have to pay your federal loans for ten years, and the remaining balance is forgiven.

In addition to the federal PSLF program, some schools offer loan repayment assistance programs for graduates who are working in the public sector, government, or other lower-paying legal fields, under which you could also get part of your debt forgiven.

Why Medical Students Graduate With So Much Debt