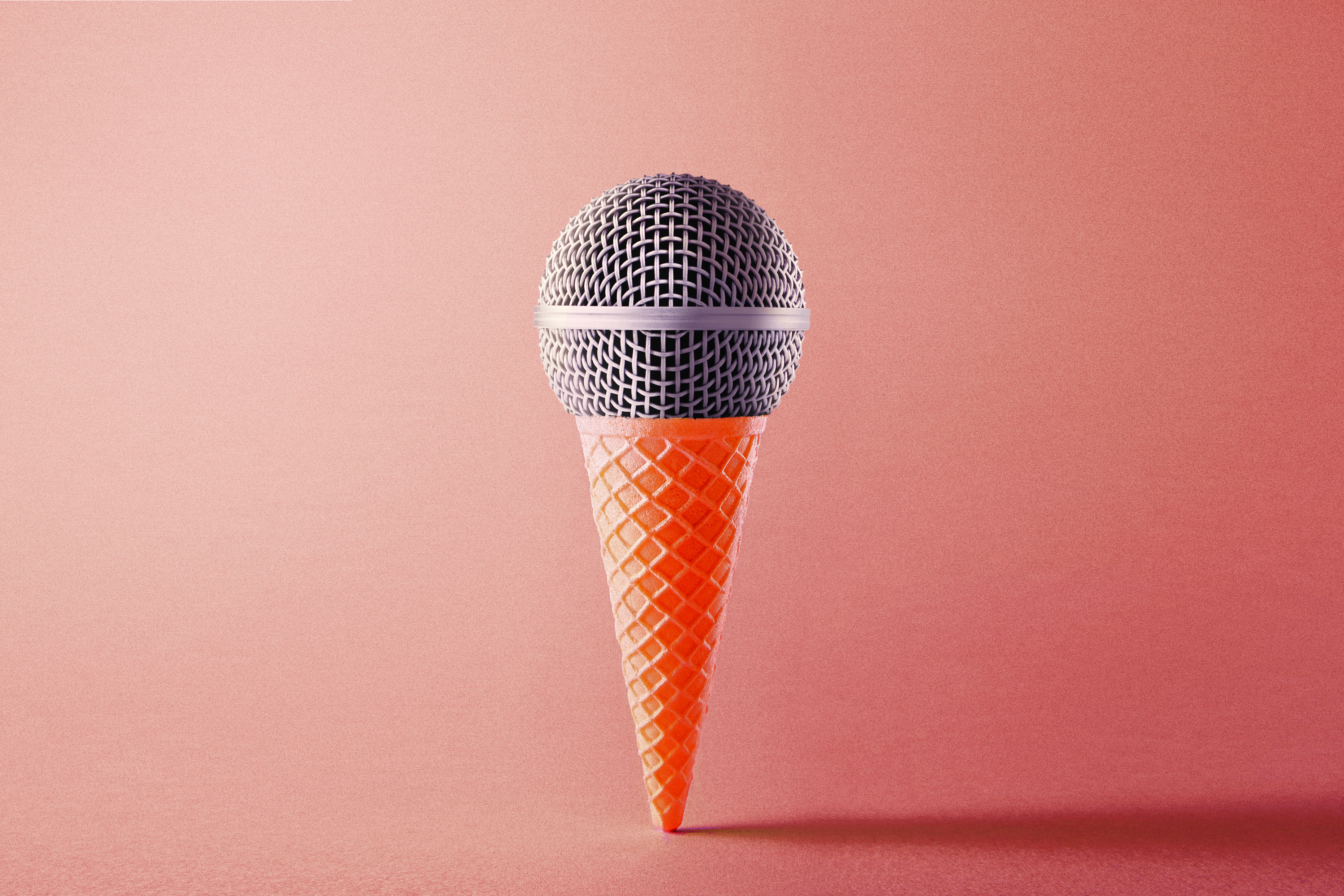 Every Brand Wants to be 'Woke.' Ben & Jerry's Actually Is

Over the past 14 months, Ben & Jerry’s has spent $1.2 million on Facebook ads championing criminal justice reform.

That’s more than the Human Rights Watch, Amnesty International, and the Southern Poverty Law Center (SPLC) spent on their Facebook ads combined, according to the social network’s searchable ad archive. It’s more than Greenpeace and Unicef. It’s on par with recent ad spending by Elizabeth Warren, Joe Biden, and nearly all the other 20-some Democrats running for president in 2020.

Benandjerrys.com is even less subtle. The company site posts about racial inequality (“7 Ways We Know Systemic Racism is Real”) more frequently than it does about FroYo flavors or “Free Cone Day.” Same goes for Twitter: On April 20, someone manning the Ben & Jerry’s account tweeted, “It’s hard to celebrate 4/20 when so many people of color are still being arrested for pot. We have to do better.” A video advocating for expunging cannabis convictions followed.

These are charged political statements from a 41-year-old ice cream company, and they’re even more potent when you consider how bad other companies are at making them.

Remember that Kendall Jenner Pepsi commercial? The one where the reality star squashed a bubbling political protest with the bold, refreshing taste of free market capitalism? Or when audio from a Martin Luther King Jr. sermon played, for no good reason, over a Super Bowl commercial for Ram pickup trucks?

Brands are trying harder than ever to convince us of their “wokeness,” but they’re not sticking the landing. These ads are mocked relentlessly, especially by “younger, more cynical customers who are used to taking apart brands on social media,” says Rachel Benner, a New York-based brand strategist who’s researched decades of activist marketing.

“People more and more are calling bulls–t on what they see as empty statements by brands trying to get in on the cultural zeitgeist,” she says. “If it’s not something that starts at the brand level, and feels like it’s embedded in that company, it will generally fall flat.”

Ben & Jerry’s could easily fall into the woke-washing camp. This is an ice cream company founded by two white dudes in Vermont (one of the whitest places on earth). But while most of corporate America tries—and fails—to align with the causes people care about, Ben & Jerry’s figured it out a long time ago.

When Ben Cohen and Jerry Greenfield launched as a small ice cream shop in Burlington, Vermont in 1978, they advocated for small farmers, used fair-trade ingredients, and gave entry-level employees salaries that were several times higher than Vermont’s minimum wage — from the get-go.

Ben & Jerry’s went public in 1985, but the founders managed to protect their altruistic roots by funneling 7.5% of the company’s pre-tax profits into charity. In 1988, then-president Ronald Reagan named the duo “Small Business Person of The Year.”

“These guys created a virtuous cycle,” says Christian Sarkar, a consultant and co-author of Brand Activism: From Purpose to Action. “There’s a conscious footprint in everything they do. It’s in the brand’s DNA.”

Eventually, the big guns came calling. Neither Cohen nor Greenfield wanted to sell, according to reports, but as a public company, Ben & Jerry’s had a fiduciary duty to its shareholders. So when Unilever offered to buy them out in 2000, they handed over the reigns.

Before they left, Cohen and Greenfield baked provisions into the sale designed to save the company’s soul. One agreement requires Unilever to spend at least $1.1 million annually on Ben & Jerry’s social mission, increasing with inflation. Another says the parent company must pay a “living wage” to all Ben & Jerry’s employees, set by a legally independent board of directors.

It wasn’t a perfect transition. Unilever is an industry behemoth, and the acquisition made jobs redundant — every worker at a Ben & Jerry’s production plant and distribution center got laid off. Then, reportedly, the parent company banned employees from using a Ben & Jerry’s bus to drive them to a protest; which had been fine, if not encouraged, in the past.

Still, two decades later, Unilever has mostly stayed true to Cohen and Greenfield’s values. In 2018, it gave the ice cream company $2.7 million to support grassroots social justice and environmental projects, according to a Ben & Jerry’s representative. And as of April 2019, Ben & Jerry’s entry-level “living wage” was $17.78 an hour — still much higher than Vermont’s $10.78 minimum.

In 2012, Ben & Jerry’s hired Christopher Miller, a former GreenPeace director, as its “social mission and activism” manager, and with the blessing of Unilever, started directing its marketing power towards racial justice projects like the Florida Rights Restoration Coalition and Color of Change.

Customers have taken notice — a few have even stormed Facebook to swear off Chunky Monkey and Cherry Garcia forever. But Ben & Jerry’s is “comfortable with the idea that we don’t need to be inoffensive to everyone,” Miller says.

I tried to get in contact with Cohen and Greenfield—through agents, company reps, and assistants—but to no avail. So it’s hard to say how the actual Ben and Jerry feel about the company’s Big Business makeover.

In many ways, the brand is quintessential corporate America now — with shareholder agreements, “synergies,” and lobbying power. But at a time when oil companies are calling themselves “green” and retail giants are slapping Pride flags on their credit cards, vodka bottles, and burger wrappers, maybe that’s not such a bad thing.

When Nike debuted an ad last year featuring Colin Kaepernick, the pro football player who kneeled during the National Anthem to protest police brutality, it got plenty of attaboys — and a 31% boost in sales.

Less than a month later, the New York Times reported that Nike first tried to drop Kaepernick as a sponsorship partner, and relented only when executives realized how much backlash they would face. Nike threw itself in the gauntlet once again this summer when it it launched a sneaker designed with the “Betsy Ross flag,” an image that’s been appropriated by racist groups (the company nixed the design after Kaepernick reportedly pleaded with them to).

This is the stuff that fuels culture wars. But Ben & Jerry’s, which pitches racial equality with the fervor of its own products, manages to stay out of the spotlight.

It’s not the only brand to use its marketing influence for social good. Patagonia—which has been around since 1971—is a beacon for sustainable manufacturing and environmental activism. So is Seventh Generation, an eco-friendly cleaning supplies company that Unilever scooped up in 2016.

But the customer who buys products from those brands already cares about the environment — enough, at least, to consider how a laundry detergent might increase her carbon footprint, or to pay a little more for hiking boots made from sustainable materials.

Eating ice cream has nothing to do with racial politics. And criminal justice reform has no bearing on Ben & Jerry’s bottom line.

“The opportunity for us is to move beyond our direct corporate interest,” Miller says. “Selling people on the idea that the criminal justice system is broken, that it disproportionately impacts people of color, that it needs reform … isn’t radically different than selling ice cream.”