Why the U.S. Slipped Even Further Down the List of Best Countries for Retirement 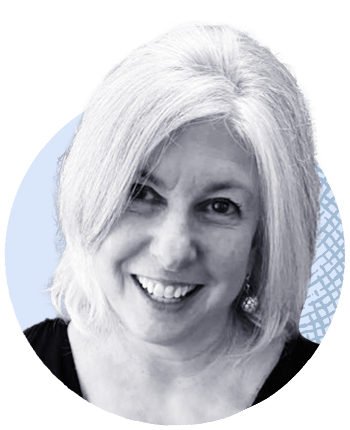 If you’re looking for the best place to retire, you might want to break out the atlas: The United States slipped even further down the list in a new ranking.

Four-decade-high inflation, a volatile stock market and ballooning public debt are among the factors threatening the economic security of retirees, according to the 2022 Natixis Investment Managers Global Retirement Index. The index evaluates 18 metrics grouped into four categories: health, finances in retirement, quality of life and material well-being.

Increase your income today with a Reverse Mortgage
If you're 62 or older and have amassed a considerable amount of equity, a Reverse Mortgage can provide you with additional revenue. With no shortage of financial obligations, you deserve a break. Find out more today!
Request Your Information Kit

What’s the best place to retire?

Norway climbed up from No. 3 to claim the top spot in the analysis of 44 developed economies, although the Scandinavian country is no stranger to the top of this list: When the index was first published in 2012, Norway topped it back then, too. Switzerland retained its second-place spot from 2021, and Iceland rounded out the top three.

The U.S. was ranked No. 18, down one spot from last year. Its score was dragged down by low metrics of material well-being and finances. The low material well-being ranking was the result of low scores pertaining to unemployment and income equality. Its low rating in the Finances category was chalked up to subpar performance for taxes, governance, bank loan portfolios and old-age dependency.

To a certain extent, a large nation like the U.S. would almost inevitably have a hard time acing the goals set out in the index, says Dave Goodsell, executive director of the Natixis Center for Investor Insight. “The countries that perform well on this list tend to be smaller,” he says. “It’s hard to get consistency” in a country with a big, diverse population.

The large population of Americans at or nearing retirement faces challenges relating to employment, income inequality, government debt and tax policies. Natixis calls these the “levers that can drive or diminish the wellbeing of retirees.

“In a year on track to be one of the worst on record to retire, the market downturn and sharp increase in food, gas, housing and medications have hit retirees particularly hard,” the company says.

Top 3 challenges you face in retirement

Natixis flagged three big risk categories for retiree finances. As anyone who’s bought groceries or filled up their gas tank lately knows, inflation is at the top of the list.

This year, the economic ripple effects of a global pandemic and geopolitical conflicts are on full display: Russia’s war with Ukraine triggered an energy shock that could drive Europe into a recession and is contributing to global food inflation, while companies of all sorts are still struggling with supply-chain issues and shortages of raw materials, components like semiconductors and finished goods.

While higher prices erode the purchasing power of accrued wealth, Natixis says the other major challenges are a shift in the interest rate environment and longer lifespans. After a decade during which savers earned rock-bottom returns, the cost of borrowing has begun to climb, but returns on safe products often used by retirees remain paltry, increasing at a much slower rate. And this dynamic is playing out in an era of rising longevity that strains budgets — both individual household finances as well as governments responsible for overseeing public benefits that have to figure out how to pay for those programs.

“Public debt is on the minds of people in the U.S. About eight in 10 believe it will result in reduced retirement benefits down the road. There’s only so many ways this can be managed,” Goodsell says. And all of them, from higher taxation to cutbacks in government services, involve some level of sacrifice.

Health care costs that are the world’s highest represent another key concern for older Americans. “For us in the U.S., that rises to the top of the equation, and it's not just health care — it’s long-term care as well,” Goodsell says. “It’s the great unknown.”

Investors and savers are between a rock and a hard place, Goodsell says. A survey of financial planners conducted by Natixis underscored just how much trouble it is for people to get the balance just right: While 42% of survey respondents said that people planning for retirement were overly bullish, overestimating their investment income, a nearly equal number — 41% — said that a top mistake was people being too conservative with their investments.

In the long term, investing in equities provides a hedge against inflation, but this year’s swooning stock market highlights the risk inherent in that approach as well. “We've got volatility that we haven't seen in a very long time,” Goodsell says, adding that this creates a particularly fraught scenario for the people who need to withdraw from retirement accounts for income or to meet IRS requirements.

Newsletter
Retire with Money
Retire With Money brings the latest retirement news, insights, and advice to your inbox. Elizabeth O'Brien has covered retirement for more than 10 years.
Newsletter
Subscribe successful!
You will now receive Money's Retire with Money newsletter at
Reply anytime to let us know how we can improve. Enjoy!
Make sure we land in your inbox, not your spam folder. We just sent you a welcome email. Sometimes email clients send our first email to a spam or promotions folder. If you don't see us in your inbox, check these folders, then drag and drop the welcome email into your inbox.

You Might Be Saving Too Much for Retirement (Yes, Really)

Social Security Recipients Could Get Their Biggest Raise Since 1981