Here's What Rick Santelli's Latest CNBC Rant Is Really About 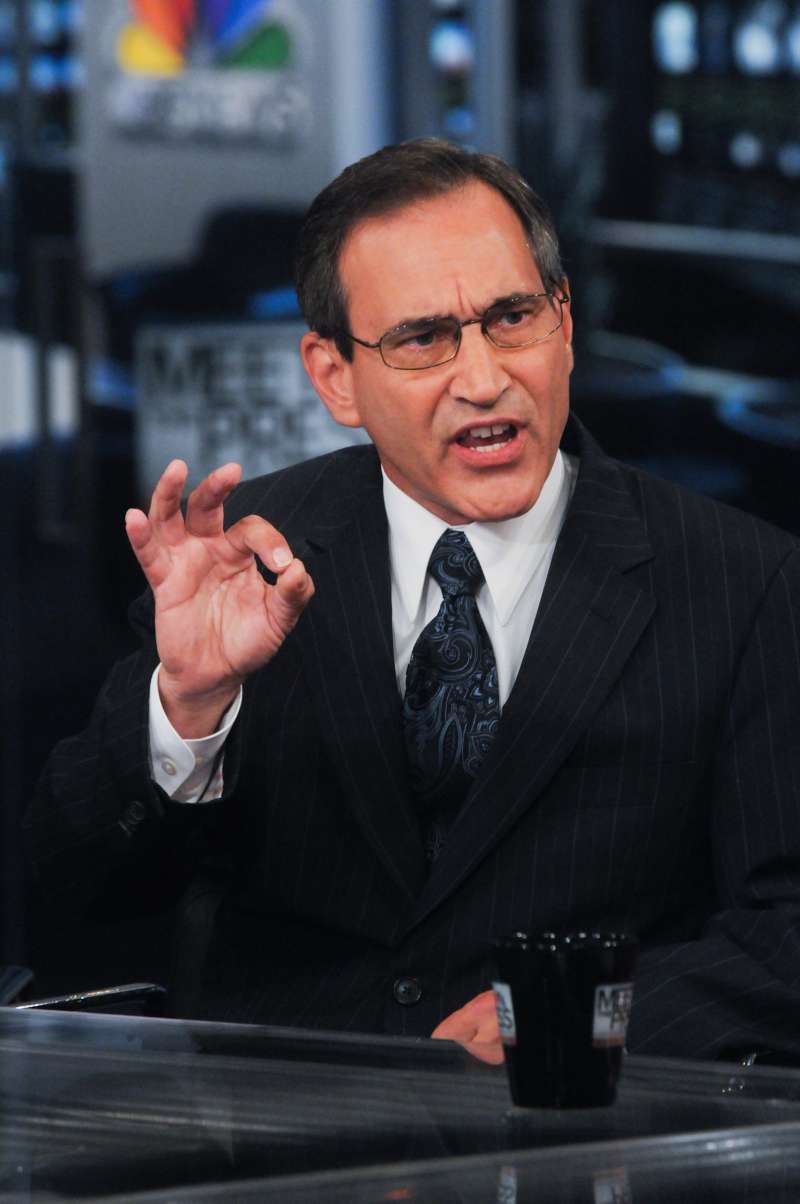 Risk Santelli’s crazy-eyes routine on CNBC today, complete with theatrical camera walk-off as he shouted “Hasta la vista!”, is certainly something to see. But, um, what was Santelli actually arguing about? And what point was he trying to make?

If you don’t watch CNBC regularly, you may find even its normal trader banter difficult to decode. But Santelli gets worked up in a lather so quickly that some backstory needs filling in. Here’s the full 12-minute exchange and, below that, our best shot at translating the passion of Santelli:

(00:00) “I think we ought to get back to a more steak-and-potatoes, mundane, less-volatile form of central banking.”

There’s no doubt that what the U.S. central bank, the Federal Reserve, has been doing since the financial crisis is pretty exotic, i.e. the opposite of steak and potatoes. In addition to cutting short-term interest rates to roughly zero, the Fed has bought up trillions of dollars worth of bonds in an operation called quantitative easing. Economists debate exactly how and to what extent QE works, but the Fed is basically telling businesses and the market that it is going to keep its foot on the economy’s gas pedal at least until unemployment is running at 6% (we’re getting close) and inflation at 2%.

Santelli thinks this intervention is distorting the market. That’s not an especially unusual view among Wall Streeters. The other side of the argument, of course, is that without these inventions, the economy would be in even worse shape. And that inflation, the main thing we’re supposed to worry about when the Fed makes money too “easy,” is still very low.

(00:18) “Equity traders don’t seem to be bugged because they know in the end easy money will outlive any headwinds to the economy.”

He’s saying the Fed has pumped up the stock market artificially. This echoes the old idea that there was a “Greenspan put”—a common belief by bullish stock traders that past Fed chair Alan Greenspan would never let the stock market fall too far. Again, not an unusual thing to hear on the Street.

(2:29) “C’mon, Steve, be objective. You’re talking about feedback loops!… We’re in a managed setting. If a baseball league puts in his crummiest players, what’s the feedback loop for the talent?”

I don’t get the baseball thing, either. But he’s saying, I think, that it’s been so clear that the Fed would keep money easy that the market isn’t doing its job of pricing risk correctly.

And this is where the fight really starts. CNBC economics reporter Steve Liesman–possibly goaded by Santelli saying he’s not objective–pushes back by asking, essentially, if Rick Santelli is right and the Fed is obviously leading us toward disaster, why aren’t more investors fleeing the stock market? It’s a good question.

(3:55) “Do you want to hear social policy from the head of the largest central bank, who controls $4.5 trillion of American’s money?”

By social policy, he presumably means the Fed targeting low unemplyment. For the record, the Fed has a legal mandate to target both stable prices and high employment.

Remember, this is the same guy who rocketed to fame during the financial crisis with a rant about the government bailout subsidizing “losers’ mortgages.” In fact, the bailout mostly helped banks. Help for defaulted homeowners was comparatively small and slow to arrive.

(5:35)”Those young demographics don’t have money, don’t have jobs, they’re living in their parents basements, and less than half of Americans own stock portfolios. So who are we helping here?”

This is in response to a challenge from Josh Brown, who seemed to be saying that stocks are actually good investment if Santelli is right. After all, if the Fed’s wrong, and there’s inflation, you’d rather have stocks than low returning bonds.

Santelli’s response doesn’t really answer that. But hey, it’s live TV and it’s CNBC, so he’s got half a dozen people talking into his earpiece. Anyway, there’s a kernel of a solid point here: The Fed’s policy, if it’s propping up asset prices, doesn’t do much for people who don’t hold assets.

But if that’s true, that could help explain why inflation has been so low–the economy is a long way from overheating. So Brown asks how a different monetary policy–presumably, raising rates to slow growth–would possibly help this.

(6:00) “Here’s what a Fed chairman needs to stand up and do: ‘Congress, we’ve done the most we can do! … Now there’s a feedback loop—a big ruckus in November. Problem solved!”

You know who agrees that Congress should do more to stimulate the economy? Paul Krugman and every economist influenced by John Maynard Keynes ever. And the Fed, too–they point this out all the time. But something tells me that Santelli’s idea of what Congress should do is rather different.

(6:27) “If I’m a bank, why would I lend at sub risk-reward rate just because the government subsidizes it?”

He’s saying the Fed’s efforts to lower rates has made banks not want to bother lending. Huh? Nodody’s telling banks what rate they can lend at.

Then we get back to Santelli complaining about the Fed’s social engineering. Liesman asks: “Should the Fed make policy for you and the traders in Chicago.” (Santelli reports from a Chicago trading pit, where he is often cheered on by traders.) Translation: Who’s not objective here, Rick?

(7:27) “TRADERS IN CHICAGO NEVER CONTRIBUTED ONE PENNY TO THE CREDIT CRISIS!”

(8:58) “I don’t care about the general consensus! I don’t care that Europe offers entitlements! We’re America!”

This is what Santelli thinks would happen if rates were higher. It really is hard to imagine how higher rates and tighter money would make the economy stronger right now.

Stanford University economist John Taylor recently testified before Congress in favor of a law that would force the Fed to follow more predictable rules. His case is that markets need certainty to operate effectively.

But even if you accept that idea as matter of long-term policy, it’s kind of hard to see how the market would feel more certain and confident right now if the Fed were to suddenly swing to tight money.

Then, Brown says Santelli has been saying this stuff for five years.

Or, as Kenny Powers says, “I’m not going to stop yelling! Because that would mean I lost the fight!”

But we’re not done. Now Liesman wants to tell viewers that listening to one his financial-news network’s stars would have lost of them money. Because if you thought the Fed was wrong, you would have bet against bonds, which have rallied, and on high inflation, which hasn’t materialized.

(11:10) “I wasn’t wrong on inflation. I didn’t know policy would be so bad that we’d get no velocity after five-a-half years.”

By velocity, he basically means that no one is spending money, even though the Fed’s QE program has, in a sense “printed” a lot of it. Santelli has claimed before that he didn’t actually predict high inflation. As Business Insider has pointed out, the record says otherwise.